From today, British travellers are free to strike out on sailings into the blue yonder after the government finally dropped its ban on international voyages – an advisory that had been in place since March last year.

While, in theory, Britons can now sail where they want to as determined by the Government’s travel traffic light system, the reality is a little different as some countries have imposed their own restrictions on British arrivals.

Last week’s Government announcement was the longed-for breakthrough the industry has craved, but this is no overnight quick fix. It’s going to take time for normal service to resume.

With domestic “seacations” underway around Britain and a smattering of Mediterranean voyages restarting, the fair wind blowing through the sector has left cruise companies daring to hope that a recovery is in sight.

For those keen to snap up a European cruise over the next few months, the choice continues to grow. Here’s your guide to what’s still on offer this year, whether you’re sticking to the rivers or hoping finally to sail once more on foreign seas.

Nothing eclipses the suite life for guests wanting a taste of luxury on upscale line Silversea Cruises’ swanky debutante Silver Moon. Its summer series of Greek sailings promises a “new start with a new ship” where flowing complimentary Champagne guarantees celebratory toasts. This whets the appetite for fine-dining at French, Italian and Japanese venues during cruises to volcanic Santorini and whitewashed hideaways Nafplion and Amorgos. 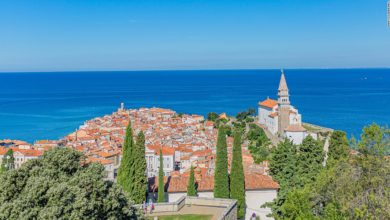 The Venice replicas around the Mediterranean

Woman punches a flight attendant in the face, knocking out teeth

How to use the Chase Ultimate Rewards travel portal