James Gunn was fired from Disney several years ago before he was rehired to continue directing the Marvel franchise.

In July 2018, the director was cut from “Guardians of the Galaxy” after inappropriate, yearsold tweets resurfaced that showed Gunn joking about rape, child molestation and more. He explained at the time that his tweets were attempts of being “provocative” and “taboo” and that he repeatedly expressed regret for them over the years.

The cast of the film, which included stars Chris Pratt and Zoe Saldana, went on to release an open letter in support of Gunn and he was subsequently uncanceled as Disney reinstated him as the director of “Guardians of the Galaxy: Vol. 3” in March 2019. The film is currently scheduled to be released in 2023.

In March, the filmmaker dismissed the overall practice in a bevy of tweets following the announcement that six books from Dr. Seuss would be discontinued for racist imagery.

“Stop calling everything ‘cancel culture’ because you’re too dim to have a nuanced opinion,” he tweeted at the time. “People can be offended by something, or think something sucks, and that’s not ‘cancel culture’ – it’s free speech.”

Meanwhile, he told Fox News of the Warner Bros. flick: “I think these are all people that feel like they don’t matter, and there’s a lot of people in this world who are told that they don’t matter, they aren’t good enough or they aren’t the right color or they aren’t the right whatever. And these are all people [in ‘The Suicide Squad’] who are considered the worst of the worst of the worst – total losers. And to be able to take a Polka Dot Man and give him some meaning and some purpose gives me great joy.”

The 51-year-old’s sequel to the 2016 David Ayer-directed “The Suicide Squad” film sees the “worst of the worst” anti-heroes the DC Comics Universe could muster up and celebrates the successes of the oddball crew.

Gunn added of the sensitive yet merciless supervillain played by David Dastmalchian, 44: “We all have our own inner Polka Dot Man. Most of us do not think, ‘Oh, I’m like Captain America.’ We walk around thinking, ‘Oh, I’m like Polka Dot Man.’ So, I’m giving a character to all the people that feel like that around the world.”

Elsewhere in Gunn’s interview with Fox News, he said WWE legend and actor John Cena, who was introduced into the series as Peacemaker, is the “best improv artist [Gunn] has ever worked with” for the “hilarious” and “disgusting” banter he offered up at the end of every take.

“At the end of every single scene, [Cena] starts improv-ing, and I let him go,” Gunn explained. “I say, ‘Now, John, go do what you’re going to do’ – and then he says the most foul things you can imagine to whoever he’s talking to.”

Added Gunn, “Peacemaker is sort of omnisexual, right? He loves everybody. He wants to have sex with everybody. So that’s where [Cena] went at the end of every scene and it was always disgusting and always hilarious. But none of it’s in the movie because it was just too disgusting for even me. And that’s saying a lot.”

“The Suicide Squad” is set to hit theaters and HBO Max on Aug. 6. 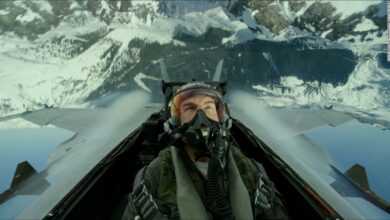 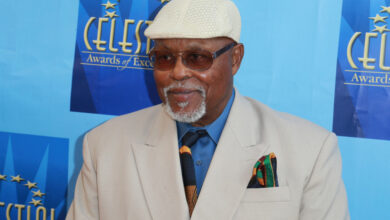 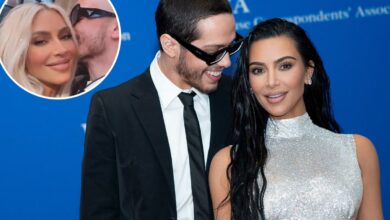