Chinese economic PMI data came out on Tuesday showing a decrease in economic activity in the worlds second largest economy and current biggest driver of economic growth for the globe. This is indicative of the fact that peak growth in China may have already passed by but Chinese stocks have never been cheaper than what they are now. The Chinese have introduced a slew of regulations aimed at curbing the effects of the tech companies on the greater Chinese population. In recent days a restriction on the amount of time minors may play games has spooked the market. I do not believe the regulations will end here. Anticipate more regulations to better control the activities of the tech sector in China and the property sector. With the recent regulations you can start seeing the stance in which the Chinese communist party that they need to be aware that all the business operating in the economy will abide by the laws and vision of the communist party. I am still very hesitant to look at having a stance or a bias on Chinese stock especially in the tech sector I have yet to see some of these companies which are very high-quality trade at these low multiples but maybe these stocks are cheap for a reason.

A river of great results.

You would believe that since our vaccination rates have been lagging global averages there would be a lag in companies which operate and earn most of their money locally, In my observation the added stimulus which was facilitated by the relief the government has given households in tax relief and R350 grants for the unemployed and destitute and record low interest have resulted in local companies producing stellar results. Companies like motus recorded increased profits of above 300% and cash build says profits rose 146%. These stocks are a function of credit extension as well as added disposable income which shows that the stimulus has helped companies which are south African based to benefit. With the added stimulus till Q1 2022 expect the great results to carry on for the corporates.

Any opinions, news, research, analyses, prices or other information contained on this website is provided as general market commentary and does not constitute investment advice. ThinkMarkets will not accept liability for any loss or damage including, without limitation, to any loss of profit which may arise directly or indirectly from use of or reliance on such information. 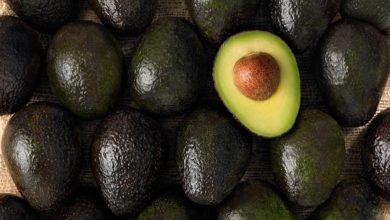 ‘Green gold’: Why thousands of tons of avos have been stolen in SA