So it’s South Africa who take the series, beating the Lions 19-16 in a fluctuating decider in Cape Town.

Here’s the story of the game.

You really couldn’t make it up, could you?

Just as he did during the last Lions tour of South Africa in 2009, Morne Steyn came off the bench to win the series for the Springboks.

It actually looked as though we were going to see a repeat of the 2017 Lions trip to New Zealand, with a tied final Test meaning a drawn series.

But just a minute from time, the 37-year-old Steyn was handed the chance to turn back the clock 12 years and he took it.

The Lions will be left to think long and hard about the points they turned down, four times sending kickable penalties to the corner and only once coming up with a try.

Warren Gatland had talked about wanting to see his team play with greater tempo and you can certainly see why he was so keen.

They struggled to build it initially, as they were knocked back in the tackle by the Springboks in their first passage of phase play, leaving them no option but to kick.

But as the match wore on, they managed to get more speed into their attacking game and it paid dividends, leading to the opening try on 18 minutes.

It was the forwards who actually got the pace up, offloading out of the tackle to keep the ball alive, with Jack Conan, Alun Wyn Jones and Ken Owens making good ground from inside their own half.

Then it was over to the Scottish half-backs Ali Price and Finn Russell to maintain the momentum of the attack.
Russell had been waiting since July 1 to show what he could do, but he now proceeded to show the full range of his creativity, with an inside ball, an outside ball and a chip kick to the wing.

The pacy attack strained the Springboks’ defence to such an extent that they conceded a penalty and Alun Wyn Jones opted to kick to the corner.

As in the first Test, that ambition was rewarded as Ken Owens rounded off a well-orchestrated lineout drive.
The Lions now knew the formula and they looked to repeat it.
Speed of ball was the key and they delivered it, which in turn created spaces on the edges which Russell was able to exploit.

The rapid phase play should really have produced another try on 27 minutes, as Russell swung the ball right, but, with Josh Adams free outside him, Liam Williams spurned a two on one.

The look on Williams’ face suggested he realised the error of his ways. It was a big moment.

However, in that passage of play, referee Raynal had been playing advantage for the stressed Boks not rolling away and Lions skipper Jones pointed to the corner once more.

It looked as though there was going to be a repeat as the maul moved towards the try line, but Tom Curry was penalised for detaching from the drive and taking out Siya Kolisi.

Three minutes from the break, Curry made amends by winning the breakdown penalty that enabled Jones to order another kick to the corner.

The lineout throw to the skipper didn’t reach its intended target but there was still a chance from a resulting attacking scrum.

Yet after a series of carries, Kolisi swooped to earn a relieving jackal penalty.

So the Lions had taken the ambitious route three times, turning down kickable shots at goal to go for the try. It worked the first time, but not the next two.

It was brave, it was bold, but were they the right calls? It was not the last time we were to ask the question.

Jones’ departure midway through the second-half saw Conor Murray take over as skipper and when the Lions were awarded a penalty just past the hour mark the Irishman pointed to the posts, with Finn Russell slotting the kick to level the scores.

Then, after the ‘Boks had gone back in front through Morne Steyn, the Lions were handed the chance to level the scores once more 11 minutes from time.

It was an eminently kickable shot at goal, but Murray opted to go for the corner, following the lead set by his tour captain earlier on.

Commentating on Sky Sports, Will Greenwood described it as “one of the bravest calls seen in sport”.

It certainly was that. Sadly it didn’t pay off.

The tourists won the lineout and unrolled a series of carries, but Mako Vunipola was held up over the line and they were penalised at the resulting scrum.

Next time around, four minutes from time, Murray had no hesitation in asking Russell to do the business, which he did to tie things up again.

But Steyn had the final word after Courtney Lawes was done for not rolling away and one wonders how much the Lions will rue those points they turned down.

The set piece game had been a major problem for the Lions in the second Test.

Their lineout imploded in the second half, while they comprehensively out-scrummaged.

So could they turn it round for the decider?

Well, it was to be a mixed bag, but one which ultimately went against them..

Their lineout game functioned better overall, with their accompanying maul working well in both attack and defence.

It delivered their opening try, with Maro Itoje leaping high and a secondary drive seeing Ken Owens propelled over the whitewash.

But the next two times they kicked penalties to the corner in search of more of the same, it didn’t quite go right.

First Tom Curry was pinged for detaching from the maul and then Alun Wyn Jones wasn’t able to take a clean catch under pressure.

As for the scrums, that was more encouraging for the Lions in the opening quarter.

They got a bit of a nudge on at the first engagement and then on 15 minutes, they showed they fancied it by opting for a scrum off a free kick.

Their confidence was justified when Tadgh Furlong won a penalty against Steven Kitsoff, who was done for going to ground.

But, either side of half-time, there was a shift.

Loosehead Wyn Jones had been holding his own, but he then took a blow to his lower back.

Unfortunately, as soon as he got up from treatment he was faced with a scrum and the Boks went for him.

They earned their reward as the Welshman was penalised under pressure, with Handre Pollard slotting the resulting shot at goal to make it 10-6 at the break.

Then a couple of minutes into the second half, Jones was penalised again, this time for hinging.

That was to be the end of his day’s work, as he left the field in some discomfort to be replaced by Mako Vunipola.

Things swung again as Kyle Sinckler won a penalty against Kitsoff on the hour, as the game headed for a nerve-jangling conclusion.

But crucially, the final two scrum penalties went to the Boks, first against Sinckler on an attacking five metre scrum for the Lions and then in the very final play of the game. And that was that.

Cheslin Kolbe’s main moments up until this decider had been contentious ones, with the winger somewhat lucky to avoid seeing red in the second Test.

There had been precious few chances for him to show off his attacking brilliance. But a man like Kolbe only needs one opportunity to make the difference in a game and that’s what he did just before the hour mark.

Released by Willie le Roux off a loose ball following an aerial contest, he still had a huge amount of work to do, but he did in superb fashion.

Showing off those dancing feet of his, he stepped inside Liam Williams and then demonstrated his deceptive strength by handing off hooker Luke Cowan-Dickie to complete a searing finish.

There was still checking to do to see if there had been a Springbok knock-on in the build up when Jasper Wiese contested a high ball with Duhan van der Merwe.

But, after watching numerous replays, referee Mathieu Raynal ruled the ball had gone back and up off Wiese’s arm and shoulder, before Maro Itoje knocked it on into the hands of Lukhanyo Am, who fed Le Roux.

So the try stood.

There had been so much said about the aerial battle and this was one which the Lions crucially lost with disastrous consequences, thanks to the genius of Cheslin Kolbe.

It was another huge moment in an agonisingly close contest and another that critically went the way of the Boks.

After a series so short on flair and entertainment, it was somehow refreshing that there should be at least one magical intervention to make the difference.

For the latest rugby updates sent straight to your inbox, you can sign up to our ROAR or Welsh rugby newsletters.

Shortage of critical item having big impact on car makers 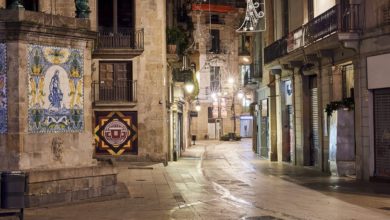 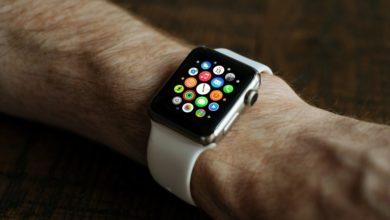 Why people are flocking to Oregon

Exclusive news and research on the wine, spirits and beer business