The prime minister is fast discovering that the political skills required to lead a nation into lockdown are very different from those required to re-engage with the world.

Management of the initial pandemic response was a series of big announcements. Stop inbound flights to Australia. Shut public venues. Stay at home. Pay employers to keep the doors open. Double the dole.

None of these were easy calls, but guided by experts, in public health and economic matters, they could be made with a degree of definitiveness that instilled public confidence in national leadership.

For a prime minister who had turned government-by-show-stopping-announcement into an artform, this was totally in his hitting zone, and the Australian public responded positively.

Adding to the comfort level was that after the big announcements were made, responsibility for implementation shifted largely to the states, who would bear the brunt of the blame for any outbreak of the virus.

Now our pandemic response, long the envy of the world, is flagging, as a majority of older Australians reject the government’s vaccination strategy, with less than half prepared to take the AstraZeneca jab.

Meanwhile, one in six Australians say they intend to never get vaccinated , with another 42% open to the idea but under no sense of urgency, reflecting perhaps the lack of urgency in a nation that has largely avoided mass outbreaks.

Vaccine reluctance on this scale will stymie any prospect of a timely and safe reopening and up the political risk of a breakout from quarantine. Indeed, take-up this low could prolong Australia’s economic isolation, with profound consequences for outward-looking sectors like education, tourism and events.

This highlights deficiencies in the prime minister’s management of the vaccine rollout, which, like the lockdown, has consisted of a series of big calls and photo ops. The initial jab in the Diamonds jersey. The four million target by April Fool’s Day. The full program done and dusted by Christmas. Then off to the polls for validation. You’ve been a wonderful audience. Good night!

Admittedly, there were extenuating circumstances, issues with supply and the aforementioned lack of urgent need compared to global hotspots. But these factors could and should have been built into the series of heroic and lovingly curated media moments.

With the vaccine program running behind schedule, the prime minister grabbed on to the warnings of rare blood clots in the AstraZeneca vaccine like a drowning marketer, brandishing the health warning as a get out of jail card for all previous undertakings.

In a separate question, we pick up double-digit drops in confidence about the way the rollout is proceeding, with positive pre-rollout expectations being challenged by lived experience.

Now while Britain is close to remerging – partly under the protection of the AstraZeneca vaccine – Australians see their own national stay-cation dragging well into 2022.

And it is the 50% of older Australians who say they won’t take the AstraZeneca vaccine who will become the handbrake holding back the nation, prolonging border closures designed to keep them safe.

Finally, as the expectations around the vaccination program diminish, there is a growing sense that the federal government should bear primary responsibility.

Taken as a whole these figures suggest the prime minister is now seen as accountable for a vaccine program that has alienated its primary target audience.

It is clear that a new leadership approach is required.

First, acknowledge and contextualise the risk by comparing the chances of a fatal AstraZeneca clot to, say winning the lottery (spoiler: lottery win more likely). Secondly, prepare and condition the public for a journey to reopening, rather than simply focusing on an arbitrary arrival date. And most importantly, take responsibility, not just for the easy bits like setting a target, but for the hard work of meeting them.

For someone whom subtlety resembles a taxpayer-funded milkshake smear, this will be a significant challenge, requiring a different political skill set and approach to the electorate – not as group to divide, but national assets to harness to pave a safe path out of isolation.

It starts with turning down the noise, listening rather than talking and reassuring the people whose choices will determine our short-term economic future. 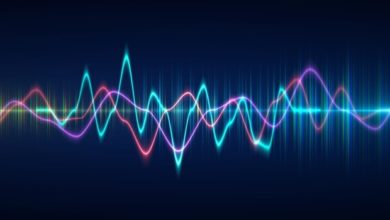 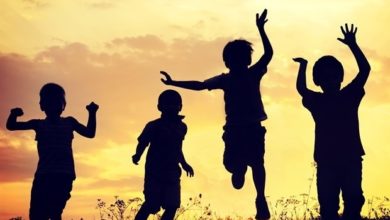