The South African Post Office wants to become a prominent player in the country’s courier industry, despite the fact that the Auditor-General has declared it commercially insolvent.

In its 2020 annual report, Post Office chairperson Tia van der Sandt said that they intended to expand their ecommerce offering to provide small and medium businesses in the country “unrivalled access” to e-commerce.

It aimed to do this by offering a platform for connecting businesses and customers, and for fulfilling orders.

Van der Sandt said the Post Office’s 1,500 branches across the country would give the entity the footprint to do so.

“We do have the infrastructure [and] we are doing some courier services currently, but we want to grow that,” Mona said.

There are two major stumbling blocks the Post Office would have to overcome to truly compete with the myriad of private couriers in the country – its dire finances and a complete lack of public trust.

Running a successful courier business in a highly competitive ecommerce space requires strong leadership and sound financial management, elements which have been notably missing from the Post Office for more than a decade.

The Post Office simply does not have the capital needed to upscale its logistics to compete with private courier companies.

Its annual results show that it has incurred financial losses of R1.76-billion, making it the 14th year in a row that the entity has not posted a profit.

Its current liabilities also exceed assets by R1.49-billion, which means it is unable to pay its debts and resulted in the Auditor-General declaring it commercially insolvent.

Notably, a R2.9 billion bailout provided by government had to be used to pay down historical debt.

In addition, the Post Office noted its courier and parcel revenue declined by R187 million in 2020.

This lacklustre performance was blamed on the COVID-19 pandemic preventing the company from making deliveries.

In contrast, however, many courier companies – including FedEx and Aramex – have actually managed to post resilient and even positive performance during this period.

This was driven by more consumers using online shopping and relying on delivery services to get basic goods and other products.

This raises the question – if the Post Office’s current courier services cannot perform adequately, even at a time of increased demand, what will happen under normal circumstances?

The Post Office told MyBroadband that it has developed a delivery matrix which consists of three zones in each province, in response to the different delivery requirements – from overnight to economy.

It claimed it had the capacity to expand its service significantly to attend to all sub-1kg deliveries.

Even if the Post Office had the financial means to expand its courier capabilities, it has another significant problem.

Many South Africans do not trust the entity with delivering their parcels, as it has become infamous for late deliveries and losing packages.

This much has been admitted by the new Post Office Group CEO, who told the SABC that addressing loss of public confidence in the service was a key focus point for the company’s executive committee.

She said that it was unbelievable how many complaints she had received of untraceable packages within her first few weeks at the Post Office.

This has been one of the major drivers of growth for private courier companies – many of which have established reputations for offering quick and reliable delivery.

They have to be able to deliver parcels on time, or the online shops and direct customers that they serve will simply turn to other service providers.

The Post Office’s belief that it could become a major courier could be based on the assumption that it will get a favourable outcome in an ongoing court matter which could send shockwaves through the industry.

In 2018, the Post Office had complained to ICASA that PostNet was “providing services which may only be undertaken by SAPO” by delivering parcels weighing less than 1kg.

ICASA referred the complaint to its Complaints and Compliance Committee (CCC), which ruled in the Post Office’s favour in 2019.

These included services for all letters, postcards, printed matter, small parcels, and other postal articles up to and including 1kg.

PostNet approached the Gauteng High Court to challenge the lawfulness of the CCC’s decision and ICASA’s order.

It secured an interdict which has allowed it and other courier companies to continue delivering sub-1kg packages until the matter is heard before a full bench of the High Court.

A date for this case to be heard is yet to be determined.

Should PostNet’s case fail, it could mean that South Africans will be forced to use the Post Office for deliveries of any parcels below 1kg in weight, regardless of its reputation and financial standing.

Worryingly, these could include important deliveries such as passports, visas, or bank cards.

Did the police boss sleep on the job ⋆ TheVoiceBW 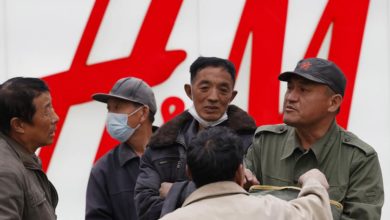 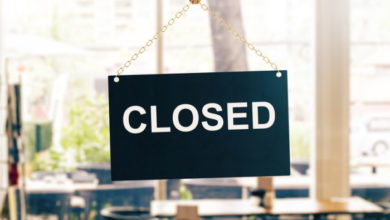