It wasn’t only the Taoiseach’s announcement on Tuesday that made me feel that last week could be the start of some sort of normality.

n Sunday, I was back in the Jodi Stand at Dalymount Park – for the first time since early last year – to see the MG-sponsored Bohemians knock the Hyundai-backed Shamrock Rovers out of the FAI Cup.

The 800 fans allowed in meant it was the biggest crowd in ages, and luckily my name came up as the club worked its way alphabetically through the list of members and season-ticket holders.

Some of the shouting from the fans was too aggressive and made me feel uncomfortable, but Bohemians has pledged to deal with this. Yet it was good to be in a stadium again.

The night before, with vaccine passports in hand, we had gone down for a drink in Doyles on Phibsborough’s famous corner. It was my wife’s first time in a pub since the pandemic started. It was great to see friendly faces again. – and two pints of Scraggy Bay have never tasted so good outside Donegal.

Before the Audi Q5 Sportback went back on Monday there was a chance to revisit the Hill of Tara for the first time for years. I shouldn’t have loved the big diesel so much, but it handled so well.

Last week’s mention of the all-electric Audi Q4 e-tron prompted a reader to write that he had just bought one and was really delighted. Golfing in Wales and a long trip around French vineyards is on the agenda in the 511km range car which, he jokingly says, “needs a degree to drive”. Though he did say that, after a week, “the technology kicked in and was mastered!”

Away from the premium brands, there is a lot of action at the moment. Dacia is launching a seven-seater family car this weekend called Jogger. According to the Renault-owned Romanian company, its name “evokes the brand’s outdoor spirit, its positive energy and sense of adventure, the Dacia Jogger is the ideal family car geared towards both daily use and activities in nature.”

More importantly, if it replicates the success of the Duster – in giving really good bargain-basement motoring – it will be doing a great service.

There is a shortage of seven-seaters out there and some of the really good ones – like the Hyundai Santa Fe and Peugeot 5008 – are by no means cheap. Meanwhile the Dacia parent is launching the Renault Arkana tomorrow, which develops the Captur into a sleeker, coupe-inspired sportback car but still with a SUV stance. Prices start at €28,990.

I hope to get out to the grounds of the beautifully restored Palmerstown House at Johnstown in Co Kildare for a test drive, and will report next week.

Last Wednesday Opel was very excited to have the world premiere of the all-new sixth generation of its compact class – the best-selling Astra – in Rüsselsheim, Germany.

It also introduced a new word, calling the event a “phygital” hybrid occasion. There were 180 journalists on the ground, and another 500 streaming the event, as newly appointed Opel CEO, Uwe Hochgeschurtz, presented the car in the company of Opel brand ambassador and Liverpool manager Jürgen Klopp.

For the first time, the new Astra – designed, developed and manufactured in Germany – will be available with an electric drive, alongside petrol and diesel powertrains. Opel will offer the new Astra as a plug-in hybrid in two performance levels, and then from 2023 as a battery all-electric Astra-e.

The Astra arrives here early next year. It looks good and should really strengthen the momentum that Opel has built up since joining with Peugeot and others in the Stellantis group. In the first eight months of the year it massively outperformed the market, with a 43.55pc increase in sales. Among the top 15 marques only BMW did better, with a 47.39pc increase.

The overall market saw sales up 22pc on 2020 with Toyota holding the number one slot, followed by VW and Hyundai (the latter’s Tucson was by far the best seller, with 5,135 units sold – an amazing 79.55pc up on last year).

The latest sales figures point to a fast decline in diesel sales. Oil-burning now accounts for 34pc of the market compared to 43.5pc last year. There were 831 new electric vehicles registered in August compared to 294 in the same month last year.

So far 7,057 new electric cars have been registered in 2021, compared to 2,954 in the same period in 2020. Electric vehicles, plug-in hybrids and hybrids continue to increase sales, with their combined market share now over 30.76pc. Petrol’s share is 32.5pc.

Brian Cooke, director-general of the Society of the Irish Motoring Industry, said that “the appetite among consumers for new cars that was in evident in July has continued into August. New car sales are up 25pc on the same month last year and by 22pc year to date. However, these numbers must be viewed in the context of the pre-Covid market, and registrations are still lagging 18pc behind 2019.”

In Budget 2022, he says this means “extending electric vehicle grants, the zero percent Benefit-In-Kind (BIK) for company cars and other incentives.”

Bonhams auction house is hosting a major automobile sale this weekend, with everything from radiators of Bullnose Morrises to full vintage and classic cars going under the hammer at the UK’s National Motor Museum at Beaulieu.

In between the bigger lots, there are lots of car mascots for sale – the sort that used to grace car bonnets (and of course many are of the Rolls-Royce Flying Ghost).

However it got me remembering the large swan with outstretched wings that adorned my father’s 1950s Riley.

Thankfully all such things are long banned. However Dad mounted it on a wooden block, with a secret compartment, and it is now on one of my bookcases.

I often thought that if the Spray Swan had ever hit anyone, they would have been sliced like a tomato.

Wouldn’t it be fun to have one?

Ivermectin can cause diarrhea, dehydration, and even liver failure - CBS Austin

New ownership of Cal-Nev-Ari may spur spate of development 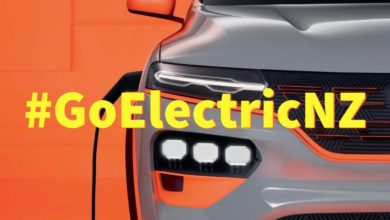 Good looks and fun to drive