At a press briefing on Friday, WHO Director-General Tedros Adhanom Ghebreyesus said the number of new cases “is approaching the highest rate of infection that we have seen so far in the pandemic.”

Tedros said some countries that had been able to avoid widespread COVID-19 outbreaks are now seeing steep increases, citing Papua New Guinea as an example.

“Until the beginning of this year, Papua New Guinea had reported less than 900 cases and nine deaths,” Tedros said. The noted. The country has now identified more than 9,000 cases and 83 deaths, half of which were reported in the last month.

“Papua New Guinea is a perfect example of why vaccine equity is so important,” Tedros said, adding that the Pacific island nation has relied on vaccine donations from Australia and the U.N.-backed COVAX initiative.

To date, COVAX has shipped about 40 million vaccines to more than 100 countries, or enough to protect about 0.25% of the world’s population.

NEW DELHI — The chief executive of India’s Serum Institute, the world’s largest maker of vaccines and a critical supplier of the U.N.-backed COVAX initiative, asked U.S. President Joe Biden to lift an embargo on exporting the raw materials needed to makeCOVID-19 vaccines.

Adar Poonawalla wrote to Biden on Twitter: “If we are to truly unite in beating this virus, on behalf of the vaccine industry outside the U.S., I humbly request you to lift the embargo of raw material exports out of the U.S. so that vaccine production can ramp up.”

Proteas show late fight, but lose again to go down 3-1 to Pakistan in T20 series 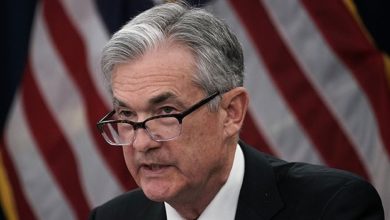 Crypto and the trust issue