DAKAR, Senegal — Thousands of new coronavirus cases have been reported in West Africa in recent weeks amid low vaccination rates and the spread of the delta variant.

Officials say cases have risen sharply in Senegal, Ghana, Nigeria and elsewhere. The surge is pushing a reluctant population to seek out the COVID-19 vaccine in larger numbers at a time when doses are arriving from multiple sources after nearly stopping across Africa in recent months.

Misinformation and conspiracy theories previously prevented many from getting the shots. But officials say more residents in West Africa are lining up as people close to them fall ill and funeral numbers rise.

Confirmed cases in Senegal, which had been ahead in the fight against the virus, leapt from 380 on July 10 to 1,700 on July 18, the highest number since the start of the pandemic, according to the Ministry of Health.

Senegal received nearly 300,000 Johnson & Johnson doses and more than 330,000 of the Chinese Sinopharm vaccine in the past week. Tens of thousands of residents are waiting for a second dose of AstraZeneca, but it is out of stock and new deliveries are not expected until August.

MORE ON THE PANDEMIC:

— In West Africa, a rise in cases is finally bringing a demand for vaccinations

— The Pentagon is grappling with new vaccination orders for the military

Pentagon officials are attempting to implement the changes across the vast military population and determining which National Guard and Reserve troops will be affected by the orders.

The Pentagon has two missions: It must develop plans to make the vaccine mandatory for the military, and implement new requirements for federal workers who will have to either attest to a COVID-19 vaccination or face frequent testing and travel restrictions.

According to the Pentagon, more than 1 million service members are fully vaccinated and another 233,000 have gotten at least one shot. There are roughly 2 million active duty, Guard and Reserve troops.

As of this week, there have been more than 208,600 coronavirus cases among members of the U.S. military. Of those, more than 1,800 have been hospitalized and 28 have died. Two Navy sailors died in the last week.

KUALA LUMPUR, Malaysia — Hundreds of Malaysian youth have rallied in central Kuala Lumpur to demand the resignation of the prime minister over his handling of the coronavirus pandemic.

Public anger against Muhyiddin Yassin’s unelected government, which took power in March 2020, has built as cases jumped eightfold since January. New daily infections breached 10,000 on July 13 for the first time despite a virus emergency and a lockdown since June.

Total deaths have risen to nearly 9,000. Nearly 20% of the population has been fully vaccinated. The rally added to pressure on Muhyiddin, after his government was reprimanded by the king for misleading Parliament over emergency measures.

After police blocked them from marching to Independence Square, they sat on the street a meter (3 feet) apart with a large banner that read “The government failed.” They put forward three demands: the resignation of Muhyiddin, resumption of regular parliamentary sessions and automatic loan moratorium to help those hit by the pandemic. They dispersed peacefully after nearly 2 hours.

The biggest party in his ruling alliance has backed calls for Muhyiddin to quit.

TOKYO — The number of COVID-19 cases reported in Tokyo reached a daily record 4,058 at the mid-point of the Olympics, according to city hall on Saturday.

Critics have long said the Olympics should be canceled or postponed as tens of thousands of athletes, corporate sponsors and media gather from around the world.

Athletes are getting tested for the coronavirus every day. Twenty-one people working at the Olympics tested positive Saturday, none of them athletes.

The Games have had 241 positive tests so far, 23 of them athletes.

COLOMBO, Sri Lanka — Sri Lanka’s government has ordered all state employees to report to work at their offices, its latest move to return to normalcy after nearly two months of COVID-19-related restrictions and lockdowns.

According to the new order from the Ministry of Public Services, “all public employees are required to report for duty as usual” from Monday.

Since May, only a minimum staff were deployed to carry out functions at government departments, while some were asked to work from home.

Sri Lanka has seen a sharp increase of positive cases and deaths since April because of celebrations and shopping by the people during the traditional new year festival.

The latest move is part of the government’s strategy to gradually re-open the country. Earlier in July, the government gave permission to re-open hotels, restaurants, religious places, cinemas, museum, libraries. Weddings are also permitted, but only 150 guests can attend.

However, schools and universities remain closed.

BEIJING — Authorities are imposing restrictions on Zhengzhou, the capital city of central Henan province, after the discovery of one asymptomatic case, sealing off several residential communities and a local hospital.

Health officials say the city will do a mass testing of all its residents. Residents will need to have a negative test within 48 hours to leave city limits.

The city is still trying to recover after being hit by devastating floods last week that left at least 99 people dead.

China is currently facing an outbreak driven by the delta variant that was traced to one of its major airports, and has since spread to 20 cities across multiple provinces. Authorities have traced 262 cases linked to this latest cluster as of Saturday, although it is unclear if the case in Zhengzhou is linked.

ISLAMABAD — Pakistani authorities have imposed a lockdown in the southern Sindh province, including the commercial hub of Karachi and other urban centers, amid an alarming increase in COVID-19 cases.

The lockdown began Saturday and lasts until Aug. 8, despite opposition from the federal government and the local business community.

Sindh’s chief minister Murad Ali Shah said Friday that a sudden rise in virus cases has flooded hospitals in Karachi, the provincial capital. The surge appears linked to many of the crowd-attracting activities this month during the Muslim holiday of Eid al-Adha.

The Sindh provincial government is closing all markets, except for pharmacies, bakeries, gas stations and grocery stores, which still must close by 6 p.m. All transport between cities is halted and public busses aren’t operating. Private cars and taxis are limited to two people. Ongoing examinations at schools and universities are also postponed until after the lockdown.

Nationwide, Pakistan on Saturday reported 65 deaths and 4,950 virus cases in the past 24 hours. The South Asian country has reported 1,029,811 confirmed cases and 23,360 virus-related deaths since the start of the pandemic.

DALLAS — An administrative court judge has ordered that anyone entering a Dallas County courthouse must be wearing a mask to be admitted.

The order comes after Gov. Greg Abbott repeated his order banning any mask mandates by any state, county or local government entity. However, it cites as its authority a Texas Supreme Court order “that confirms the judiciary’s authority to take reasonable actions to avoid exposing court proceedings and participants to the threat of COVID-19.”

The order is effective starting Monday. A message to Abbott’s office seeking comment was not immediately returned.

The order came as COVID-19 was on a renewed rampage across the state, fueled by the highly contagious delta variant. The Texas Department of State Health Services reported 15,893 new cases Friday, the most since Feb. 3. Of those, 726 new cases came from Dallas County. Over the past two weeks, the rolling average of daily new cases has risen by 183% to 5,100.

As of Thursday, the most recent day reported by state health officials, 5,846 people were in Texas hospitals with COVID-19, the most since Feb. 26. Fifty-seven new COVID-19 deaths were reported Friday, five of them in Dallas County.

Texas had almost 44% of its population fully vaccinated against COVID-19 as of Friday, according to the U.S. Centers for Disease Control and Prevention. That’s well below the national average of 57.2%.

HONOLULU — Hawaii officials announced 622 new COVID-19 cases, the highest number of confirmed infections since the start of the pandemic.

Previously, the record high total for confirmed cases in a single day was 355 set in August 2020.

Officials said the surge is associated with the highly contagious delta variant. Just over 60% of Hawaii residents are fully vaccinated.

ATLANTA — Local officials in Georgia are scrambling to increase vaccination rates even as more schools continue telling students and employees to wear masks in the face of rising COVID-19 infection rates.

At least 23 districts statewide, covering nearly a third of the public school population, now say they will require everyone to wear a mask. Dooly County had already started class on Wednesday, and someone at the 1,200-student district’s high school tested positive for the respiratory illness, prompting a mask mandate.

The Montgomery County school district on Friday delayed its start date by a week until Aug. 10, saying it had a staff shortage because too many teachers had been quarantined after exposure to COVID-19.

Districts have been shifting policy after the U.S. Centers for Disease Control and Prevention this week advised universal mask use in schools.

Some parents are protesting mask mandates. Dozens of opponents gathered outside the administration building on Friday in Gwinnett County, Georgia’s largest school district.

NEW ORLEANS — New Orleans Mayor LaToya Cantrell is implementing a mandatory indoor mask mandate regardless of vaccination status and requiring that all city employees and city contractors be vaccinated against the coronavirus.

The mayor and top officials sounded the alarm during a quickly called Friday afternoon news conference, noting the alarming spike in coronavirus infections in a city that was an early hot spot for the pandemic.

“All of our people need to mask up when they are indoors,” Cantrell said.

The city has a little over 4,000 employees, and all will be required to get vaccinated, effective immediately, she said. Contractors wanting to work for the city must also get vaccinated.

Officials said the average daily case count in the city has nearly tripled, and six people have died in the last week. Especially concerning were the number of children falling ill, officials said.

“This touches everyone in our community,” said Cantrell. “Our children are dying.”

CHICAGO — There is now an indoor mask advisory in Chicago for everyone over 2 years old.

The action taken Friday comes as the Centers for Disease Control recommended people, even if vaccinated, wear masks indoor in areas where there is a high transmission of COVID-19.

The Illinois Department of Public Health reported 2,348 new confirmed or probable cases of COVID-19, the second time in three days the tally has topped 2,000.

TORONTO — The Public Health Agency of Canada says two travelers who arrived in Toronto from the U.S. have been fined close to CDN$20,000 (US$16,029.37) for providing fake COVID-19 proof of vaccination documents and lying about pre-departure tests.

The pair also didn’t comply with requirements to stay at a government-authorized hotel or to get tested upon arrival, the agency said in a new release Friday.

“For all travelers coming to Canada, it is important to be informed and to plan in advance,” the release said. “It is the traveler’s responsibility to ensure they are eligible to enter Canada and that they meet all of the mandatory requirements.”

Canada eased quarantine requirements on July 5 for fully vaccinated Canadians and foreign nationals with an exemption to enter the country, but they must upload their proof of vaccination documents to the ArriveCAN app before entry.

Those who are not fully vaccinated are still required to stay for three days at a government-approved hotel, quarantine for 14 days and undergo tests pre-departure, post-arrival and eight days later. 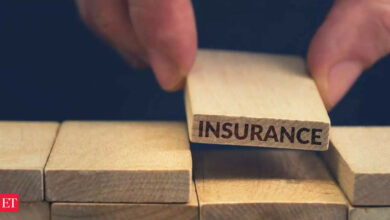 Shriram Group closing in on merger, insurance biz to be hived off into separate entity 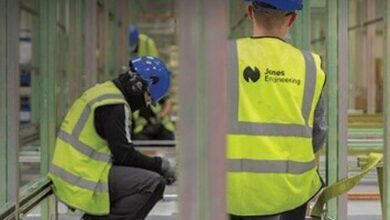 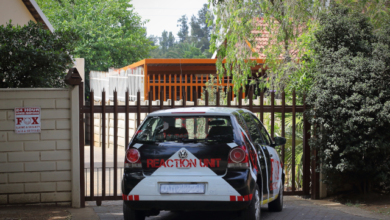