WASHINGTON — Ivanka Trump has received her first COVID-19 shot and is encouraging others to get vaccinated as quickly as they can.

Two people familiar with Ivanka Trump’s plans say she was eligible to get vaccinated along with other White House staff when she worked as a senior adviser, but that she chose to wait. The individuals were not authorized to comment publicly and spoke on condition of anonymity.

Ivanka Trump told The Associated Press in a written statement that “getting vaccinated is our best way to beat this virus and protect ourselves and others.”

She received the Pfizer vaccine in Florida, where individuals age 16 and older are eligible to be vaccinated.

The 39-year-old daughter of former President Donald Trump and her family relocated to the Miami area after her father left office in January.

— South Africans concerned about pause in use of J&J vaccines

— Postponed Tokyo Olympics is scheduled to open in 100 days

The ministry also reported 279 deaths in the past 24 hours, the highest since the start of Turkey’s outbreak. President Recep Tayyip Erdogan on Tuesday announced a partial lockdown during the first two weeks of the Muslim month of Ramadan in a bid to curb the infection rate. He also warned of more measures to come if the number of cases fail to decrease.

The measures include bans on intercity travel, a return to online education, closing sports and leisure centers and expanding the length of night-time curfews.

The health ministry says Turkey is going through its “third peak” in infections and about 85% of the cases in the country can be traced to the variant first detected in Britain.

Turkey has registered more than 4 million cases, seventh highest in the world. Confirmed deaths stand at more than 34,000.

MISSION, Kan. — Kansas health officials say the coronavirus variant from Brazil has been detected for the first time in the state.

The Kansas Department of Health and Environment’s announcement the P.1 variant has been detected in Sedgwick County. The agency says it is investigating how the person became infected and whether others may have been exposed. The state now has all three of the most widely spread variants.

Adrienne Byrne, Sedgwick County Health Director reiterated the importance of getting tested for the coronavirus.

This month, the South African variant was identified for the first time in Kansas in someone from Finney County. Another variant first identified in Britain was found in several Kansas counties.

Lee Norman, secretary of health and environment, urged Kansans in a statement to wear masks, physically distance and get vaccinated. About 35% of the state’s 2.9 million residents had received at least one shot by Wednesday.

DENVER — Colorado health officials say nearly 4,000 people who received COVID-19 vaccinations at a medical spa need to be re-vaccinated because they can’t verify the doses were properly stored.

The department announced Tuesday it had stopped vaccinations at Dr. Moma Health and Wellness Clinic in Colorado Springs on Friday after county health officials observed problems in vaccine storage.

The department says the shots given at the clinic are considered invalid and those who got one shot of the Pfizer or Moderna vaccine there need to start the two-shot vaccination process over again.

It says those who got two shots should get one more.

NEW YORK — U.S. health officials are weighing next steps as they investigate a handful of unusual blood clots in women who received Johnson & Johnson’s COVID-19 vaccine.

The reports are exceedingly rare — so far, six cases out of more than 7 million inoculations. And it’s not clear if they are linked to the J&J vaccine.

European regulators have declared such blood clots a rare but possible risk with the similarly made AstraZeneca vaccine. The Centers for Disease Control and Prevention in the U.S. will debate in a public meeting Wednesday how to handle the J&J vaccine while authorities investigate.

“Right now, we believe these events to be extremely rare, but we are also not yet certain we have heard about all possible cases as this syndrome may not be easily recognized,” says CDC Director Rochelle Walensky before the meeting.

JOHANNESBURG — South Africa’s decision to suspend the use of the Johnson & Johnson vaccine due to preliminary reports of rare blood clots has left the country without any shots.

That comes as it struggles to combat an aggressive coronavirus variant. South Africa’s more than 1.5 million confirmed coronavirus cases represent more than 30% of all the confirmed cases in Africa.

Some health experts criticized South Africa’s move to pause the Johnson & Johnson product at such a critical juncture.

REIMS, France — French President Emmanuel Macron has announced free psychological counseling will be provided to children and teenagers having mental health difficulties because of the coronavirus pandemic. Those ages 3 to 17 will be entitled to 10 free sessions with a psychologist, with a doctor’s prescription.

Macron announced the additional help after meeting doctors and families at a pediatric psychiatric unit. His office says the plan will run for the duration of the pandemic.

MILAN — Italy is set to receive an additional 7 million doses of the Pfizer vaccine by the end of June.

He says the additions were the result of an increase in arrivals to Europe of 50 million Pfizer doses. It is the third boost in doses of the Pfizer vaccine ordered by Italy, which already was set to receive some 25 million doses by the end of June.

Italy has put on hold the Johnson & Johnson vaccine, following the warning from the U.S. Food and Drug Administration. First J&J deliveries arrived on Tuesday and were set to reach 7.3 million by the end of the quarter.

LONDON — European countries are diverging on whether to push ahead with giving residents Johnson & Johnson’s COVID-19 vaccine after reports of rare blood clots in a handful of recipients in the United States. Some leaders opted for caution Wednesday after U.S. officials paused the vaccine’s use while they study the clots in a handful of people.

Italy, the Netherlands, Croatia and Denmark put their Johnson & Johnson lots in storage while waiting for guidance from European health officials. But Poland and France said they would administer the doses they received.

Experts agree COVID-19 poses a much larger risk of hospitalization and death than the potential threat of atypical clots.

The AstraZeneca vaccine is in wide use around the globe, though not yet in the U.S. Several countries have imposed age restrictions on its use because of blood clot concerns. Denmark, which put the vaccine on hold last month, decided Wednesday not to resume using the shots it had on hand. It will offer a second dose of a different vaccine if citizens had received a first dose of AstraZeneca.

SAN JUAN, Puerto Rico — The government of Trinidad and Tobago says it is closing all beaches in the twin-island nation for three weeks to stem a rise in coronavirus cases.

Officials also say they’re banning indoor dining at restaurants, bars and casinos. Only groups of five, instead of 10, will be allowed to gather in public. The measures take effect at midnight Thursday.

Trinidad and Tobago had previously canceled one of the biggest carnival celebrations in the Caribbean for this year.

The nation of 1.2 million people has reported more than 8,500 cases and more than 140 confirmed deaths. Among those who have tested positive for coronavirus is Prime Minister Keith Rowley. More than 10,000 people have been vaccinated so far.

LONDON — The European Medicines Agency is assessing the rare blood clots reported in the U.S. after receiving the Johnson & Johnson COVID-19 vaccine, and a recommendation for European countries is expected soon.

“EMA is expediting this evaluation and currently expects to issue a recommendation next week,” the EMA says. The agency authorized the J&J shot for use across the 27-bloc EU last month, although no countries had started widespread vaccination campaigns with it.

“EMA remains of the view that the benefits of the vaccine in preventing COVID-19 outweigh the risks of side effects.”

The EU drug regulator says it was investigating the six cases reported among nearly 7 million people vaccinated with the single-dose J&J shot. The EMA says it was in contact with officials at the U.S. Food and Drug Administration and the Centers for Disease Control and Prevention about their ongoing probe.

The rare blood clots, in combination with a low level of blood platelets, caused American officials to pause the vaccine while they investigate.

MADISON, Wis. — The Wisconsin Supreme Court says Gov. Tony Evers’ administration doesn’t have the authority to issue capacity limits on bars, restaurants and other businesses without approval of the Legislature.

The ruling comes two weeks after the conservative-controlled court struck down the state’s mask mandate.

The Supreme Court also ruled last year in a similar case, saying the Democratic governor needed legislative approval for an emergency declaration that shut down businesses early in the coronavirus pandemic.

There hasn’t been a statewide capacity limit restriction in place since October.

The Supreme Court ruled 4-3 on Wednesday the order issued by Evers’ Department of Health Services meets the definition of a rule, which by law must go through the Republican-controlled Legislature. The court’s four conservative justices ruled against Evers, while three liberals dissented.

BRUSSELS — The head of the European Union’s executive arm has announced plans for a major contract extension for COVID-19 vaccines with Pfizer stretching to 2023.

European Commission President Ursula von der Leyen said Wednesday that the EU will start negotiating to buy 1.8 billion doses of the Pfizer vaccine through 2023. Pfizer has been a mainstay of the EU’s vaccination drive so far.

Von der Leyen expressed full confidence in the technology used for the Pfizer vaccine, which is different from the technology behind the AstraZeneca vaccine.

Pfizer plans to provide the EU with an extra 50 million doses in the second quarter of this year, on top of 200 million doses already earmarked for the bloc. The deliveries will be especially welcomed by the EU’s 27 member nations considering supply delays and concerns about rare blood clots potentially linked to the AstraZeneca vaccine.

The Russian leader announced getting the jab, which was kept out of the public eye, at a session of the Russian Geographical Society on Wednesday, in which he took part via video link.

“Right now, before entering this hall, I have also gotten the second jab. I hope everything will be fine. I don’t even hope as much as I’m sure of it,” Putin said.

Putin got his first coronavirus shot on March 23, also out of sight of the cameras, and the Kremlin wouldn’t reveal which of the three vaccines currently approved for use in Russia the president has taken.

The Russian leader’s vaccination comes several months after widespread immunization against COVID-19 started in Russia — a delay that puzzled many, with some critics arguing that it was contributing to the already existing public hesitancy about the vaccine.

Russian authorities have given regulatory approval to three domestically developed shots — Sputnik V, EpiVacCorona and CoviVac. All three received authorization before completing advanced trials experts say are necessary to ensure their safety and effectiveness in line with established scientific protocol.

It adds pressure on the government to speed up a nearly nonexistent vaccination drive and do more to control a surge that comes amid mass travel as the country celebrates its traditional New Year festival.

The 1,335 new infections brings the number of new cases to nearly 7,000 since April 1, when a cluster was linked to nightclubs and bars in central Bangkok. Most of the new cases reported Wednesday were yet again in Bangkok. There were also large increases in the northern province of Chiang Mai and the southern seaside province of Prachuap Khiri Khan.

Many of the new infections are a more contagious variant of the virus first found in Britain. Coupled with widespread travel for the Songkran festival, or Thai New Year, that is fueling the surge, said Dr. Opas Karnkavinpong, director-general of the Disease Control Department.

Enhle speaks out – 'I am no longer fearful' 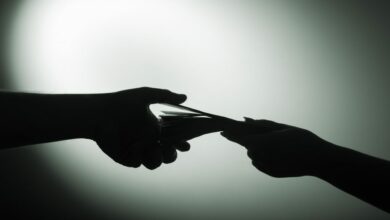 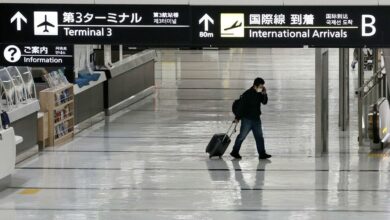 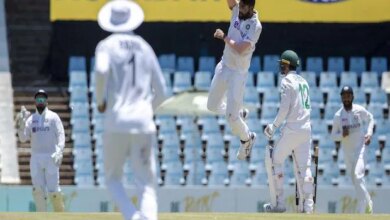