The Boston Consulting Group (BCG) and CareerJunction have published a joint report detailing how the Covid-19 pandemic has impacted employment in South Africa, with a large number of workers indicating that they would retrain to work in a different field.

In South Africa, the interest in developing new skills is highest among those in the early- and mid-career phases as 40% of respondents report a negative impact on their work due to the effect of Covid-19 on employment, including a decrease in working time or being laid off, versus the average of 36% of global respondents.

Highly educated South Africans and the older generation are the most negatively impacted groups in terms of Covid-19 and its effect on their employment status – which is the exact opposite of the global trend, the BCG said.

“The pandemic and the increasing speed of technological disruption have prompted people to question their chosen career paths,” said Rainer Strack, one of the authors of the study and a senior partner at BCG.

“Almost seven in ten people say they are open to retraining that would allow them to switch to completely different job roles. This level of flexibility could help employers and governments that are worried about preparing their workforces for the future.”

A move toward more stable fields

Digital and IT top the list of potential next careers – likely because of the perception of expanding opportunities in these areas and the generally high remuneration.

Office and management jobs (such as marketing and human resources) are also seen as attractive next career steps, possibly because of the perceived ease of transitioning into those jobs for a variety of workers.

The report shows that workers are already taking steps to upgrade their skills.

“71% of workers in South Africa spend a significant time on learning, which is slightly more compared to 65% of global respondents,” said Rudi van Blerk, principal and recruiting director at the Boston Consulting Group in Johannesburg

“Learning among the younger generation is similar in South Africa to global trends.

“However, learning is more widespread in the older generation compared to their global counterparts, with 74% of South African respondents aged 51-60 years old and 60% of respondents above 60 years old who spend a significant time learning. This is higher than the global average of 54% and 53% respectively.”

The data shows that the approach to learning has also evolved, however, and that South Africans’ usage of mobile apps as a learning resource grew by almost 100% from 2018 compared to 50% globally.

Read: South African consumers are struggling to pay their bills 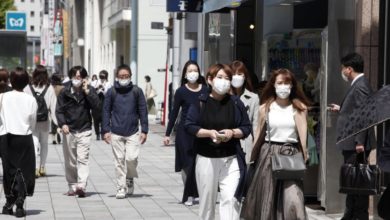