THE DATE 17 MARCH 2020 will perhaps be remembered by many business owners as their darkest day yet.

On this day president Hage Geingob declared a state of emergency in response to the global Covid-19 pandemic, and in doing so, brought into effect measures that would have profound effects on most private enterprises and those who worked for them.

The extreme measures taken to save lives had a profound effect on the livelihoods of both businesses and their employees, as many had to implement equally drastic measures to protect their enterprises.

Even though the hard lockdown period during the first few weeks of the pandemic had a significant effect on most businesses deemed non-essential, the true impact of the pandemic is yet to be determined as we enter its second year.

According to surveys conducted in the months following the hard lockdown, nearly all businesses felt that the pandemic has had a serious impact on their financial well-being.

Most businesses listed inadequate cash flow (liquidity) and lower demand as the most serious problems faced by their companies. Both these problems got more serious over time, suggesting time is a crucial variable for businesses looking to survive the pandemic.

By the end of the third quarter of last year, 64% of businesses reported a revenue loss of over 50%. Hardest hit was the manufacturing sector, transport, tourism (including restaurants and hotels) and the construction sector.

The surveys also highlight the strategies adopted to help businesses cope and survive.

Back in May/June 2020, 47% of businesses either had or were planning to implement wage reductions or reduce working hours to reduce operational costs. Three out of every four (75%) businesses that implemented wage reductions applied such measures to more than 40% of their workforce.

It is likely that these wage cuts will remain in place for as long as businesses are affected by the pandemic, and that employees will have to get by with less income for much longer than initially thought.

This suggests that many households will remain under severe financial pressure for quite some time to come.

According to the Ministry of Labour, Industrial Relations and Employment Creation, 12 000 workers were retrenched in 2020 from 896 companies.

Only about a sixth of these (2 842) lost their jobs due to Covid-19, while the rest of the retrenchments were caused by other economic factors.

The Covid-19 pandemic exacerbated many of the existing economic problems that persisted over the past five years, and for many businesses it was the last straw that broke the camel’s back. Those businesses that were in less than tip-top shape when the pandemic struck are most likely the ones that did not survive.

Not surprisingly, the hard-hit sectors shed most jobs.

But this may not be the whole story.

The official numbers, for example, do not reflect jobs lost in the informal sector, and it does not account for freelance or gig workers.

These represent a significant part of the jobs in the tourism and hospitality sectors, for example, but would not require a formal retrenchment process.

The precarious state of the economy going into the pandemic contributed to the problem and so does the precarious fiscal position of the government.

Under the National Employment and Salary Protection Scheme, 230 employers received just more than N$27,8 million, which amounts to approximately N$120 870 per employer.

This amounts to an average of N$3 690 per affected employee.

In addition to the benefits afforded through the stimulus programme, businesses had to rely on commercial banks, landlords and own resources to help their struggling enterprises.

In many respects this means that the can has been kicked down the road. In the not-too-distant future these measures will be revoked, and the payment holidays will come to an end.

That will no doubt bring new challenges to our already struggling businesses.

The next four to six months will be crucial for many of the medium and small enterprises that provide most of our employment.

For many it will be do or die. 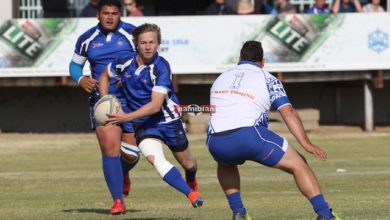 Rugby to start soon – The Namibian 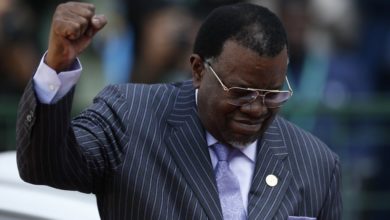