The airport’s scientific experts believe this more nuanced approach than a three-tier traffic light system could unlock international travel in the summer, not only to save holidays but also to boost trade and protect thousands of jobs in the travel industry.

It is backed by new scientific studies by Oxera and Edge Health, research specialists who have advised the NHS, which found that a pre-departure test and three-day quarantine regime screened out 87 per cent of potential infectious days from entering the community.

The Government’s global travel taskforce is due to report on April 12, when it is expected to set out a tiered approach to resuming foreign travel from May 17, with countries placed in different tiers according to their Covid vaccination rates, variant risk, prevalence of the virus in-country and testing capacity.

It is thought that few if any countries will be given a “green” quarantine-free travel rating on May 17, and government officials are currently considering requiring by law that all travellers entering the UK undergo Covid tests before or on arrival irrespective of whether they are vaccinated.

The concern over the threat from variants from Europe is highlighted by the announcement coming on Sunday that all hauliers entering the UK will no longer be exempt from travel restrictions and will have to undergo Covid tests if they are in the country for more than 48 hours.

How the proposal would work

The Heathrow plan maintains the Government’s “red list” of countries from which travel is banned. Any Britons returning from them would have to go into hotel quarantine for 11 days at a cost of £1,750 per person and undergo at least three tests, pre-departure and then on days two and eight.

“Red list” countries would be those with high rates of infection and low vaccination rates, and would include anyone who travelled indirectly to the UK from them.

Below that is the “amber list”, followed by the “yellow list” of countries where there is “medium” risk from Covid rates but “strong surveillance” through testing. Travel from these countries would include tests before and/or on arrival and/or vaccination certificates but no quarantine.

Travellers from “green list” countries with low Covid rates, successful vaccination rollouts and no variants of concern would be able to visit and return from them without any travel restrictions.

Heathrow, one of the world’s busiest airports, argues that international travel can now be resumed because of the UK’s successful vaccination programme and advances in testing technology.

It said it was vital not just for holidays but also because most of the UK’s exports travelled in the bellies of planes. British exporters lost out on more than £15 billion of non-EU trade last year compared with 2019, according to Heathrow.

Mr Holland-Kaye told The Telegraph: “The UK’s progress in the global vaccine race coupled with advances in testing, means that ministers no longer need to choose between public health and the economy – a risk-based approach to international travel will allow us to protect them both.

“Restarting trade and travel to key markets like the US after May 17 will be key to the Government achieving its ‘Global Britain’ ambitions and helping communities across the UK to level up.”

When I fell pregnant with my second child in 2019, I never dreamt that my sister wouldn’t be able to give her a cuddle. But one year into the pandemic, she has still only ever seen her niece on Facetime.

I’ve been separated from my extended family, who live in Italy, since December 2019 and with the news of the new fine on international travel, it could be months until we are reunited again. 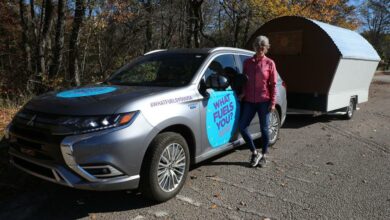 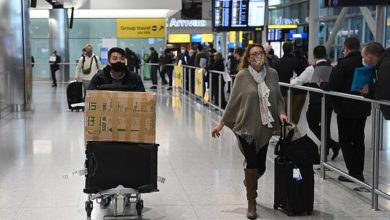 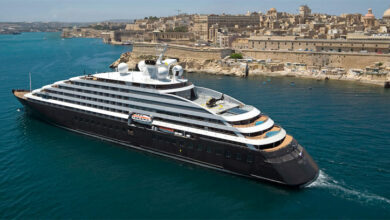 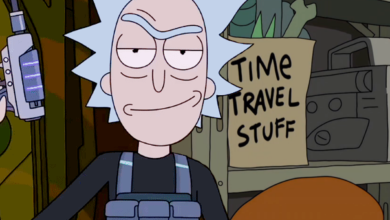