Twas the night before Christmas, when all through the house, not a creature was stirring, not even a mouse.

All right – that isn’t the most obvious of opening statements to an article about travel restrictions being lifted. It is, after all, the start of April – and, with apologies to Clement Clarke Moore for appropriating his words, a visit from St Nicholas is on nobody’s mind.

And yet, there is an air of anticipation to this long weekend – not least for those who are desperate to see borders reopen and international holidays return to the agenda in the coming months. At the risk of casting the prime minister in the unlikely role of Santa Claus (although this is surely better than offering you a mental image of him dressed as the Easter Bunny), Monday’s much-trailed government statement about the route ahead for travel has a tiny hint of Christmas morning about it. What will be there when the wrapping paper is ripped off? Will we receive the presents we have been dreaming of since we wrote our list three months ago, or will it be a pair of socks and a mouldy orange?

The five things below are not quite a fantasy letter to Travel Father Christmas, written in crayon. But these are the announcements we want to hear if the rest of the big day isn’t going to be an anti-climactic exercise in looking glum, refusing to eat any of the brussels sprouts and not entering into the post-lunch game of charades in the spirit of the occasion.

1. Some sort of honouring of the May 17 red-letter date

Yes, absolutely, it has been caveated from the start. The much-discussed government “road map” back towards normality – first unveiled on February 22 – has always been clear that the prospect of a resumption of travel is dependant on circumstance. The “no sooner than” asterisk is there above every milestone, including the date that the travel industry has become fixated on – May 17, the earliest possible moment for international journeys to resume, subject to review. It is entirely likely that Monday’s big statement will look at what will be the third Monday of May, and give us some idea as to whether it will involve busy airports and the roar of aircraft engines–- or just further disappointment.

It really needs to offer something. It has been a long, miserable winter, and people need hope. They need something to look forward to. Even if getaways are not possible on May 17 itself, there needs to be a commitment as to when some sort of travel will be possible. This week, Malta – which, in Europe, is second only to the UK in its rate of immunising its own population against Covid-19 – said that it will be happy to welcome fully vaccinated British travellers from the beginning of June. This should be enough to facilitate holidays to said Mediterranean country for tourists who have had their two jabs.

2. A willingness to listen to open-border offers

Malta is not the only destination to state that it is ready to restart tourism. For example, the Portuguese island of Madeira is already open – not only to tourists who have been fully vaccinated, but to those who can provide evidence of recent recovery from Covid-19. And if you cannot satisfy either of these requirements, it will let you in anyway via a free test on arrival, and 12-hour period of isolation while waiting for the result. This is a sensible and pragmatic approach, and it should be treated as such. Portugal is one of the UK’s oldest friends – and its invitation deserves a respectful response at the very least.

3. An end to the 10-day quarantine period

The policy of stuffing travellers into airport hotels and making them wait there for 10 days at their own expense has never been more than a gimmick. It is an excessive sop which projects a suggestion of tough border controls and a government that is on top of the situation. But it is no more than security theatre. It achieves nothing that could not be done – see Madeira, above – with a test on arrival and a brief period of isolation while the result is processed. It should be rescinded, along with the insidious “declaration to travel” that currently makes overseas holidays a criminal offence – a human-rights abomination.

4. The introduction of an “amber light”

This, it seems, is already under consideration – “a traffic-light system” that would give tourists greater clarity on where they can go, and greater confidence to do so. As well as the obvious indicators of green and red, it would include an amber light, designed to safeguard against the threat of Covid variants, that would place relevant destinations in a ‘be cautious’ category. This might mean that travel in from amber countries would spark a shorter period of quarantine – Heathrow Airport, which has been lobbying on this proposal, suggests three days – but diligent testing on arrival would be just as effective.

5. No sudden changes to destination status

This was one of the most irritating issues of last summer – the adding of countries to the quarantine list (14 days in your own home, as it was at the time) with almost no notice.

The timing seemed designed to cause maximum inconvenience. Usually, a destination would be consigned to the naughty step on a Thursday afternoon, with the quarantine rule kicking in during the early hours of the following Saturday morning. This showed no consideration for holidaymakers, leaving them with a sour choice between staying away and entering self-isolation on return, or paying an astronomical amount for an early flight home – assuming that flights hadn’t sold out already. It was the ruination of numerous weeks away – and did nothing but add an extra level of stress to an already stressful time.

If such official changes need to be made this summer, travellers should be given a week’s notice – time enough for those already away to return without panic and vast added cost, and for those preparing to make the journey to reevaluate their options. If these seven days are deemed too slow – and with the numbers of the vaccinated rising by the day, they really shouldn’t be – then a schedule of Thursday announcement and Monday rule change should be introduced. This government likes to pretend that it is battling for the “average Briton” against an entitled elite. It could support this posturing by at least understanding that most week-long summer getaways involve flights home on a Saturday or a Sunday.

Worst Part Of Being A Flight Attendant

The Best Navigation Apps to Plan a Road Trip This Summer

Timelapse Film Shows Journey of a Bridge Traveling Through Rotterdam 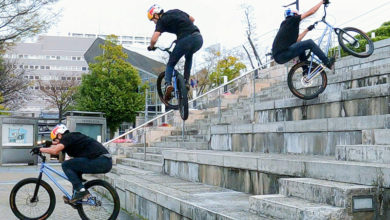