Facebook Twitter LinkedIn Tumblr Pinterest Reddit WhatsApp
(CNN) — Natural silence — the kind when you hear nothing but the sound of nature around you — is becoming increasingly scarce. The rumblings of man-made noise can be heard even in the remote corners of national parks and deep in the Arctic Ocean.

It’s not an easy task. For a place to meet Quiet Parks’ selection criteria, there can’t be more than one audible sound from a human source every 15 minutes. Mikkelsen’s job is to listen in prospective locations, recording the soundscape with high-sensitivity microphones.

Recently, this took him to Boundary Waters Canoe Area Wilderness in northeastern Minnesota. No cars, motor boats, electricity or telephone lines are allowed in the 1-million-acre area, making it a strong contender for Quiet Park status. But listening back to the recording, Mikkelsen can hear the low hum of a commercial jet flying far away. At the same time, he pinpoints the sound of a grouse drumming — the noise the bird makes to mark its territory or as a mating call, by beating its wings against the air.

“When an airplane flies over and the grouse is trying to call, they’re competing for space on the frequency spectrum. The grouse and the airplane interrupt each other,” he says.

Noise pollution has a huge impact on humans and wildlife. This grassroots movement wants to protect natural environments from manmade noise.

Quiet Parks hasn’t yet decided if Boundary Waters meets its criteria — it’s one of 260 potential sites around the world that the organization is currently exploring. The team will analyze the sound recordings from each location and consider them alongside other data, like that gleaned from road and air traffic maps, or the presence of local industries that could cause disturbance, such as mining.

So far, the organization has certified one wilderness quiet park, located by the Zabalo River in the Ecuadorian Amazon, and two urban quiet parks: Yangmingshan National Park in Taiwan and Hampstead Heath, in London. For urban certification, the criteria changes, taking into account that there will often be low background noise from transportation. It also recognizes quiet walking trails and will soon be introducing a Marine Quiet Parks certificate.

While the designation does not bring any legally enforcable protection, Quiet Parks hopes that it will encourage preservation by helping the area gain recognition, generating media interest and increasing ecotourism, which provides an incentive for local authorities to maintain the hush.

Quiet Parks adds that though there is a potential conflict between increasing tourism and preserving quiet, it hopes the designation will attract visitors that are seeking a quiet experience and are likely to act respectfully.

The Zabalo River park, an area which is home to the indigenous Cofán people, is under threat from development and mining, but Quiet Parks hopes that its certification, granted in 2019, will boost tourism, helping the community to defend their lands and preserve their culture.

So far, the pandemic has hindered its potential impact, says Randy Borman, a Cofán leader, but he hopes that as tourism opens up, they will feel its effect. “To be able to take people to a location where human sounds are completely overwhelmed by the natural world is a rare joy,” he says.

“Tourism is a major force in keeping exploitation at bay,” he adds. “It both brings in much needed financial support and offers local people an option that doesn’t involve destroying what you love.”

In recent years, the world has been getting louder, with cities and towns expanding and an increasing number of beeping cars, whooshing airplanes and cargo ships with blasting horns.

But during the Covid-19 pandemic, there has been momentary respite. In 2020, global air travel was down by 60% and road transport decreased by almost half. Scientists in Europe found that noise caused by humans fell by up to 50% after lockdowns were imposed.

People relished the silence, says Mikkelsen. “There were no airplanes in the sky and cars weren’t on the street … It was a miraculous thing to be able to hear the world, all of a sudden, free from noise pollution,” he says.

He believes that it has helped people to reconnect with nature and care more for the environment around them. Since the start of the pandemic, Quiet Parks says it has experienced a huge surge in interest and an uptick in nominations for quiet places.

“I hope that we can take that desire for a world with less noise forward,” says Mikkelsen, “and appreciate the spots we have, where we can go and not experience noise pollution.” 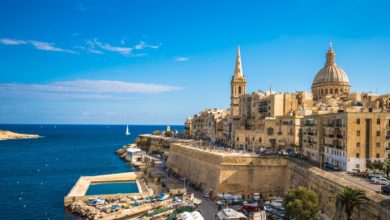 UK travel: Which countries could be next on the green list? 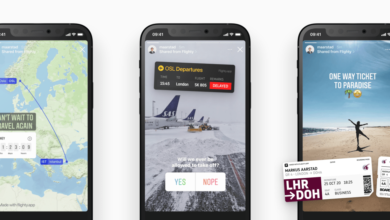