Abducted. Tortured. Dehumanised. And yet, in the brutal context of Zimbabwe’s recent history, Tawanda Muchehiwa can almost consider himself to be one of the lucky ones.

Unlike the activist Itai Dzamara, who disappeared in 2015 and has never been heard from again, Muchehiwa is alive. And unlike the journalist Hopewell Chin’ono — and dozens of others who have been targeted by the state — he has no prosecution hanging over his head.

The 22-year-old journalism student’s story began on the morning of July 30, the day before anti-government protests were scheduled to begin in major cities and towns across Zimbabwe.

Muchehiwa was inside a vehicle outside a hardware store in Bulawayo, the second-largest city and an opposition stronghold. His cousins, Advent Mathuthu and Amandlenkosi Mathuthu, were inside the shop. Waiting in the car with him was an official from the Movement for Democratic Change Alliance, Zimbabwe’s official opposition.

Suddenly, several cars pulled up next to him. A tall man in a light-blue T-shirt got out of one of them and aggressively opened Muchehiwa’s door. In Shona, the man shouted: “Wasungwa!” You are under arrest. Before he even realised it, Muchehiwa was in handcuffs and being dragged out of the car.

He was bundled into another vehicle, which sped away. His relatives were taken in a different car to a police station. Shortly afterwards, Muchehiwa was moved into a different car — a white Ford Ranger, number plate AES 2433 — and taken to an undisclosed location.

His captors were under the impression that Muchehiwa was coordinating the July 31 anti-government protests in Bulawayo and Matabeleland. He said he wasn’t. They questioned him about his uncle, Mduduzi Mathuthu, the editor of the ZimLive news site, which had published a series of damning exposés about alleged government corruption.

At that moment, Mathuthu was in hiding, after state agents had raided his home. He is still in hiding.

The agents threatened to kill Muchehiwa, and pointed a gun to his head. They said they would hang him and then throw his body into a nearby dam. He overheard them on the phone, presumably speaking to their bosses, asking what they should do with him.

Three days later, at about 10pm on August 1, his abductors dropped Muchehiwa outside his home. They told him to join Zanu-PF, the ruling party, immediately. They said that if he did so, and used his social-media platform to show his support for the regime, they would give him a university scholarship and a job after the 2023 elections.

“I’m so terrified about leading a normal life in Zimbabwe, because I now know what the regime is capable of,” Muchehiwa said. “My family was so terrified, but they were happy that at least I came back alive. They had lost hope. After three days, they thought I wasn’t going to come back.”

A pattern of abuse

These types of arrests are part of a disturbing pattern. In Zimbabwe, dozens of opposition leaders, activists and outspoken critics of the government have been abducted in mysterious circumstances, and are usually tortured before being released.

This was a feature of the late president Robert Mugabe’s regime, but it has intensified under the leadership of President Emmerson Mnangagwa. According to the United Nations’ Office of the High Commissioner for Human Rights, there were 49 cases of abductions and torture in Zimbabwe in 2019 alone, without any investigations leading to perpetrators being held to account.

“Targeting peaceful dissidents, including youth leaders, in direct retaliation for the exercise of their freedom of association, peaceful assembly and freedom of expression is a serious violation of human rights law,” the UN agency said.

The government has consistently denied any knowledge of these abductions. It has also accused its opponents of inventing abuses.

Muchehiwa’s abduction, however, was captured on CCTV cameras. The footage is grainy but unmistakable. Just as he described it, his car is surrounded by several others. He is dragged from it by a man in a light blue shirt, and forced into another vehicle. Other CCTV footage shows him being transferred shortly afterwards into a different vehicle — a white Ford Ranger, the number plate AES 2433 clearly visible.

Zimbabwean journalists were able to trace the vehicle. It is owned by Impala Car Rental, and was returned on August 6 with a damaged suspension. Impala Car Rental’s owner, Thompson Dondo, said he would release further information only to the police.

“Our family has proved that police took part in an abduction beyond any reasonable doubt. My lawyer — advocate Nqobani Mpofu — and Mduduzi Mathuthu are working tirelessly to make sure that I can get justice,” Muchehiwa said.

“I believe the Impala boss must understand that, as a victim who was abducted in their car, I have a right to know my captors. They mustn’t cover up or say they will disclose information to the police who were also involved in my abduction [and] … obviously have an interest in covering up the tracks,” he said. “My message to the outside world is that the Mnangagwa regime has declared war against its citizens. The windows of democracy are closing fast.”

President Mnangagwa’s successes celebrated in US 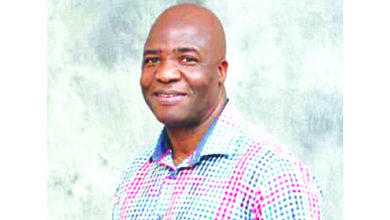 Gonye humbled by support | The Herald