Unless you’re a 17-year-old skateboarder from Epsom or a native Portuguese speaker, you probably don’t come to my neighbourhood much.

Stockwell, in South London, is best known for its huge skate park, beloved by suburban teenagers heading into the big smoke for a day trip from Kent or Bedfordshire. And it’s also something of a Lusophone outpost with an array of dirt-cheap Portuguese cafes where a glass of Monte Velho still costs barely £2 and you’re guaranteed to be able to watch every single Benfica match on their TVs.

Should their ever be a ‘Visit Stockwell’ tourism campaign, the PRs would have some fairly thin gruel to work with beyond that – unless tours to see the late Sir Roger Moore’s primary school are your bag.

So, much as I applaud the new government staycation push to persuade people to forego the usual suspects of Bath, Oxford and Stratford for the likes of Portsmouth and Birmingham this summer, I can’t help but feel slightly relieved to have spent my entire adult life living in places that simply can’t be polished enough to become a serious draw for visitors.

Before Stockwell, my home was Middlesbrough, a town that regularly tops nationwide surveys for poverty and cheap house prices.

Fear not. This isn’t a contrarian piece where I start extolling the virtues of the land of the ‘Smoggies’ and tell you to book your summer holiday there, immediately.

The Transporter Bridge is a genuine industrial icon and the legacy of Captain Cook is something the beleaguered local tourism board does everything it can to promote. But it can’t be denied that the reason for Cook’s fame is because, like a fair few other natives since then, he got as far away from Middlesbrough as was humanely possible.

What Stockwell and Middlesbrough have in common is fierce local pride and a strong community. It’s something that, notably, isn’t in such high supply in Notting Hill, Chelsea or, for that matter, York or Padstow. 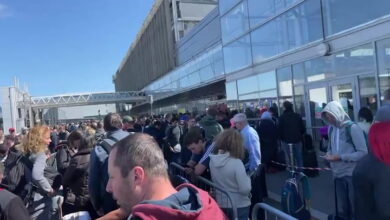 75,000 children aged over 12 register for vaccine in Ireland