A new type of petrol named ‘E10’ is being introduced across the UK this week in a bid to reduce the emissions released from petrol cars.

The new fuel contains up to 10% renewable ethanol, which gives it its name, and is already available in Australia, the US and Europe.

Experts have warned that there will be drawbacks with the new fuel and as many as 700,000 cars in the UK are not compatible with it at all. E10 petrol is also reported to be less efficient than the previous E5 petrol and is going to cost a bit more for motorists, so it’s going to cost more to fill up, too.

Motorists whose cars were manufactured before 2011 can use the Government’s free online checker to see if their vehicle is compatible with the new fuel.

However, the Government has warned that they will not take any responsibility for any damage to vehicles when using the checker, especially if the car has been fitted with replacement parts, reports Hull Live.

It is estimated that around 600,000 – 700,000 older vehicles on UK roads will not be able to use the new E10 fuel and putting the fuel in incompatible cars can cause serious damage.

Unsurprisingly, there’s a long list of popular car models that aren’t compatible with E10. The most popular of these is the VW, with over 28,000 registered on the roads today. Models by Nissan, Ford and Mazda also make the list:

Keith Hawes, Director of Nationwide Vehicle Contracts , shared his advice on what to do if you accidentally put E10 petrol in your car that isn’t compatible:

“If you accidentally put E10 fuel in your incompatible vehicle, don’t worry. The consequences really aren’t as catastrophic as if you were to put diesel in your unleaded car. It shouldn’t be a problem if this is a one off but, if you were to repeatedly use E10 on incompatible car models, the impact could really damage your vehicle’s engine in the long run.

Aside from the popular vehicle models we’ve listed, classic car owners are likely to be the most heavily impacted by the introduction of E10 fuel. Unfortunately, there isn’t a quick fix for older car models which will now be deemed incompatible with E10. Owners will be faced with the decision to either spend time finding a petrol station (that still offers E5 – the current biofuel available on the market) or contemplate shelling out on a newer car model.

We haven’t yet seen moves by the government, or DVLA, to proactively make individual owners of these older vehicles aware of the changes. So, in the meantime we strongly advise that motorists go to the government’s E10 checking tool to make sure their car is compatible with the new biofuel to avoid any expensive damage to their cars.” 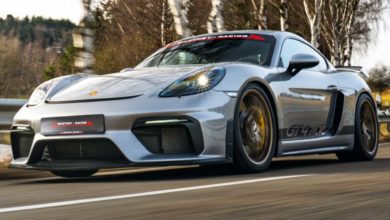