Not pictured: Will Grogan.

Will Grogan, a hardworking student, used to feel that “taking naps is a waste of sunlight,” he told Pam Belluck for the New York Times.

But after contracting Covid-19 in October, he says he suffered from debilitating fatigue and brain fog that interfered with his schoolwork, sports, and day-to-day life.

Grogan told the Times he was so exhausted that he could hardly leave his bed for 35 days after getting sick. He had to sit down in the shower to avoid fainting from dizziness. And when he finally returned to school, material he previously mastered looked entirely unfamiliar.

The 15-year-old is one of many people experiencing lingering health problems due to the coronavirus.

She said even some patients she’s treated who started out with quite mild illness had the potential to develop long-term symptoms.

Neurological troubles like fatigue, headaches, brain fog, and issues with memory and concentration are among some of the most common symptoms reported by long-haulers.

‘Am I going to be able to be a good student ever again?’

In biology class, Grogan said, he looked down at his work, convinced he had never seen it before. But his teacher reminded him that the day before, he was acing questions on the material.

That wasn’t his only cognitive mix-up, he said. In maths class, he said the numbers floated off the page. He said he accidentally peppered his English homework with French phrases. After finishing a history paper days in advance, he said he forgot to turn it in.

“Am I going to be able to be a good student ever again? Because this is really scary,” Grogan said he remembers thinking.

He said he was able to maintain good grades thanks to flexibility from his teachers, but his symptoms haven’t entirely resolved.

When he returned to tennis – a sport at which he previously excelled – six months after his infection, he said he found his hand-eye coordination was off and his leg and chest ached.

“My idea of Covid before I got it was, You know what, if I get it, I’ll get it over with and I’ll have the antibodies and I’ll be good,” Grogan told the Times. “But oh, my gosh, I just never want to go through that again. Never.”

A good summer for tourism 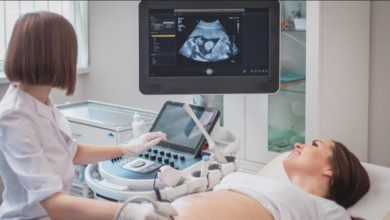