SWITZERLAND has hailed the Second Republic’s economic and political reforms with the Roman Catholic Church saying it will use its vast networks to energise Zimbabwe’s re-engagement drive.

The positive commendation from Switzerland comes at a time when Zimbabwe is holding regular political dialogue with the European Union as the re-engagement drive initiated by President Mnangagwa continues to bear fruit.

Speaking after meeting the Speaker of Parliament, Ambassador Jager said engagement offers countries with an opportunity to dialogue on matters of national and international concern.

He said under the Second Republic relations between the two nations have been growing from strength to strength.

“The Honourable Speaker briefed us on the actual upcoming legislative processes and works with special emphasis on the impressive economic and political reform processes being undertaken and the upcoming general elections in 2023.

“The Speaker took notice of engagement and the stages of the bilateral relations which have changed for the positive,” said Ambassador Niculin.

In line with Zimbabwe’s reengagement drive and multilateralism, the Swiss Federal Department head of Peace Policy, Mr Stephane Rey said his country and Zimbabwe have agreed to work as equal partners.

He said Switzerland had sought a level of expertise in the promotion of peaceful co-existence of the two nations and explored ways to confirm that partnerships are well developed to be all-inclusive.

On his part, Archbishop Rudelli said nations should unite in brotherhood to promote peace and justice.

“My purpose of the visit is to promote justice and peace and also ensure that our institutions can have an important role to play in these difficult Covid-19 times. All this is aimed at bringing peace, democracy, and justice,” he said.

Advocate Mudenda said during the meeting Archbishop Rudelli had said the Roman Catholic Church was willing to assist the Government in its re-engagement endeavour with the West.

“His Grace, Archbishop Rudelli has indicated that the Church will continue to assist Zimbabwe by throwing in a voice to relevant authorities in the western hemisphere on the issue of sanctions that are affecting the ordinary people and the Church has pledged a similar role in other countries.”

Advocate Mudenda said Government was open to guidance from the Church which can give a hand in national dialogue as a way of achieving everlasting reconciliation for the socio-economic development.

“I am happy that his Grace is also prepared to work with Parliament and also Government in many areas of human endeavour and also more importantly in the issue of national dialogue so that we have true reconciliation and many other areas of business.

“I have said we are open for business, we are open for guidance by the Church so that we can work for justice in this country and socio-economic development,” Advocate Mudenda said. 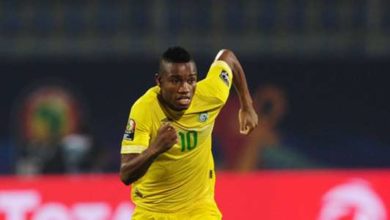 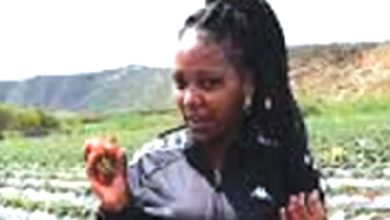 Polad engages US on sanctions