Cup of coffee in a cafe. Image by Tim Sandle

There is a reason why coffee is one of the world’s most consumed beverages. The beverage itself (the caffeine kick) and the numerous cultural practices that surround coffee. There is also an association with improved feelings of well-being.

According to Nora Tobin, performance enhancement and executive coach, coffee can cheer us up, while also improving focus and cognitive function to power through each day.

Tobin tells Digital Journal: “Not only is it a delicious beverage to enjoy throughout the day, but coffee has also been shown to provide benefits to an individual’s mental health. This may be due to its anti-inflammatory, anti-oxidative, and microbiome-promoting effects.”

With the microbial aspect, a study published in the British Journal of Nutrition (“Glucose control upon waking is unaffected by hourly sleep fragmentation during the night, but is impaired by morning caffeinated coffee”), found that beneficial responses can occur in the gut microbiome that are associated with coffee consumption and connected to some improved health outcomes.

Furthermore, she explains: “Caffeine has the ability to block receptors in the brain from binding with a chemical that leads to fatigue and a saddened mood. While there are many different ways to attend to one’s mood and overall mental health, many options can take time and planning. Getting a coffee to drink, however, can take a short amount of time. This is a great option to turn to if you need a quick pick-me-up when you are not feeling your best.”

A study in the Archives of Internal Medicine (“Coffee, Caffeine, and Risk of Depression Among Women”) found that the risk of depression appears to decrease for women with increasing consumption of caffeinated coffee.

Looking at her own life experience, Tobin adds: “For this reason, I was extremely grateful to have multiple coffee shops on my college campus. After a long day of lectures and sitting in the library for several hours. I looked forward to my small cup of evening joe for a quick pick me up on my commute back home.”

Tobin goes on to say: “Coffee is a stimulant that speeds up the process of the central nervous system. When this process is sped up, it becomes easier for an individual to focus and stay sharp. This can be especially beneficial to individuals who may find themselves in situations of reduced alertness. Some examples of this may be driving overnight, working nights shits, pushing through sickness or suffering from jet lag. Drinking coffee can also block adenosine receptors from preventing the release of excitatory chemicals in the brain. Resultantly, the chemicals then are able to move more freely and provide an individual with a surge of energy. This energy surge will then help with an individual’s mental performance.”

In addition, Tobin says that regular coffee consumption has also been linked with reduced risk of dementia and Alzheimer’s disease. It may also boost memory, cognitive function and focus.

The Alzheimer’s potential was part of a research focus in Frontiers in Neuroscience (“Phenylindanes in Brewed Coffee Inhibit Amyloid-Beta and Tau Aggregation”). This is because of the presence of phenylindanes in coffee. These compounds inhibit both beta amyloid and tau, two protein fragments common in Alzheimer’s and Parkinson’s, from clumping. 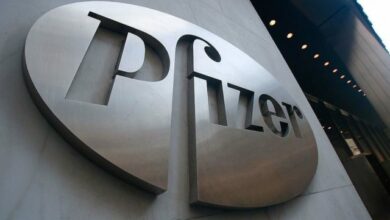 US to recommend COVID vaccine boosters at 8 months 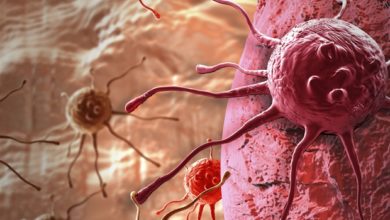