Swaziland on Thursday received the first 20,000 doses of the Oxford AstraZeneca vaccine as the country prepares for mass vaccination.

Health Minister Lizzie Nkosi said the country expects an additional 12,000 doses from the COVAX facility by this weekend.

“Frontline workers will be vaccinated in the first phase. We encourage Swazis to register for vaccination as this vaccine has proven to reduce incidents of acute illness and deaths. We’ll monitor all those taking the vaccine,” said Nkosi.

“We have formed several teams that will be responsible for the vaccination exercise. One of the team is from Israel, which will assist with logistics. We also have a team from Cuba that will assist our health workers,” she said, adding this assistance is in addition to medicines and other provisions already received from India.

India High Commissioner Rhada Venkataram said: “The government of India will continue to support Eswatini [Swaziland] in its fight against the pandemic as well as in achieving its development goals by raising the levels of engagements between the two friendly countries.”

Last month, the kingdom stopped the purchase of AstraZeneca two days after South African researchers pronounced that the AstraZeneca vaccine was not effective against the new COVID-19 variant.

After rejection in South Africa, health professionals also opposed its use in Swaziland.

Swaziland Democratic Nurses Union also said it did not support the AstraZeneca vaccine.

“We want to make it clear that we support the vaccination program, but at the same time we do not support the idea to administer the AstraZeneca vaccine to healthcare workers on the basis that it has a low efficacy of 25% against the predominant variant,” the union said in a statement.

A landlocked country in southern Africa, Swaziland recorded 12 new infections, taking the caseload to 17,215. With one more death in the past 24 hours, the death toll reached 659. 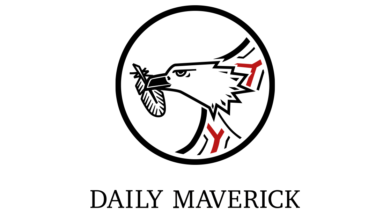 SADC solidarity crucial to spearhead mediation as the k…