Demagogy is never pretty.  When coupled with a species-threatening pandemic, the propensity for the pundit class is to be susceptible to solutions that sound reasonable only to the uninformed.  To make matters worse, some of those “solutions” are proposed by actors creative in using the crisis to advocate positions that benefit their constituencies under the cover of (and preying on) the humanitarian impulses of global elites comfortable in both their privilege and ignorance.  This is particularly dangerous where positions promoted under the cover of beneficence mask long-felt and deep-seated resentments over encouraging, perhaps heavy-handedly, a global trade regime mandating recognition of intellectual property rights in countries adverse to them and that have been successful in chipping away at them for the past 20 years.

Thus we have calls, specifically by South Africa* and India**, for governments to suspend patent rights during the pandemic, ostensibly for vaccine-related IP but in fact having a much broader scope.  Most in industrialized countries who understand the impact (essentially none) of patents on vaccine production and availability are easily dismissed as speaking from a vested interest (bringing to mind the biblical exhortation against the mote in one’s neighbor’s eye and the mean in one’s own) (see “Sen. Tillis Asks Biden Administration to Oppose WTO Waiver Proposal“; “IP Organizations Support Continued Opposition to Waiver Proposal; Industry Coalition Supports Continued Efforts to Oppose Waiver Proposal“; “BIO and PhRMA Urge Biden Administration to Oppose Proposed WTO TRIPS Waiver“; and “IPO Sends Letter on IP Law and Policy to President-Elect and Vice President-Elect“).  But should governments succumb to the siren call of purported humanitarianism to the detriment of a global innovation system that (ironically) provided the innovation ecosystem that produced no fewer than half-dozen effective vaccines against COVID-19 in less than a year, in the face of a threat that even its proponents characterize as “an impediment or the risk of an impediment” to vaccine development, it seems prudent to critically assess whether technology is available for which patents could have the putative preclusive effect procurement and distribution of effective vaccines.

Such an assessment is provided by Derek Lowe in an article published in February entitled “Myths of Vaccine Manufacturing” in Science Translational Medicine.  He identified the following “steps” of the vaccine-making process (and remember, these steps occur only after the vaccine is developed, tested, and receives regulatory approval):

Step One: Produce the appropriate stretch of DNA, containing the sequence that you need to have transcribed into mRNA.  This is generally done in bacterial culture.

Step Two: Produce that mRNA from your DNA template using enzymes in a bioreactor.

Step Three: Produce the lipids that you need for the formulation.  Some of these are pretty common (such as cholesterol), but the key ones are very much not (more on this below).

Step Four: Take your mRNA and your lipids and combine these into lipid nanoparticles (LNPs).  I have just breezed past the single biggest technological hurdle in the whole process, and below you will learn why it’s such a beast.

Step Five: Combine the LNPs with the other components of the formulation (phosphate buffers, saline, sucrose and such) and fill those into vials.

Step Six: Get those vials into trays, into packages, into boxes, into crates, and out the door into trucks and airplanes.

The last step has been the subject of other analyses (see, e.g., “Latest COVID Conundrum: Accessibility of Vaccines (When They Are Available)“) showing that logistics, having nothing to do with patent protection, is fraught with its own limitations, mostly political and financial.

Evaluating the potential for widespread vaccine production (which is the purported global societal benefit of suspending patent protection), Dr. Lowe moves stepwise (but focuses on Step 4 as the bottleneck step).  For Step 1, he references “Exploring the Supply Chain of the Pfizer/BioNTech and Moderna COVID-19 Vaccines“, a blog post by Jonas Neubart.  This post details that “DNA plasmid production on an industrial scale is pretty well worked out” and thus is not a bottleneck in producing mRNA-based vaccines.

Step 2, transcription, is also not an impediment, albeit not as widely practiced as Step 1 (“RNA production is certainly closer to being rate-limiting than Step One, but it’s nothing compared to the real bottlenecks that are coming”).

Nor, according to the post is Step 3 regarding the lipids used to produce the nanoparticle carrier for viral (SPIKE protein) mRNA.  “These are surely not trivial to make on scale, but they’re still small molecules with relatively straightforward structures,” he says, and “[i]f you had to, you could surely get some other manufacturers up to speed on the process.”

And similarly Steps 5 and 6 are not an issue, because “[e]veryone in this part of the manufacturing business has known for months that a Big Vaccine Push has been coming, and has been cranking up vial manufacturing, bringing all available production lines up to speed, and signing deals all over the place with everyone who has any kind of advanced vaccine effort.”

So far Dr. Lowe sets out conventional pharmaceutical manufacturing technology that is well-established enough that patents and technology are not an impediment.  But as he quotes Neubart as saying, “Welcome to the bottleneck!” in Step 4.  Why?  Because this step involves “[t]urning a mixture of mRNA and a set of lipids into a well-defined mix of solid nanoparticles with consistent mRNA encapsulation.”  These methods are done in-house by Moderna and (less certainly) by Pfizer in Kalamazoo and BioNTech in Germany.  Microfluidics are suspected to be the technology used, and these require control of a number of process parameters that, unlike patents, are not disclosed to the public.  And as Dr. Lowe posits, these processes likely require “bespoke” machines made just for this purpose, which are not readily available.

Dr. Lowe’s article was directed to (and frankly prompted by) assertions that there are “dozens” of pharmaceutical companies ready to produce these vaccines, and that this is not the case.  The evidence evinced by Dr. Lowe is relevant to the question of whether patents create an impediment to COVID vaccine production.  It is apparent that, even if there might be circumstances under which intellectual property negatively affects vaccine availability, suspending patent protection is not an effective answer because the rate-limiting step for COVID vaccine production (at least for the mRNA-based vaccines) involves proprietary machines and methods for making the vaccine that are, more than likely, not covered by patents and never will be.

And that raises the specter of an even more dangerous attack on intellectual property.  Because the technological circumstances set out by Lowe and Neubert involve trade secrets regarding formulation of vaccines are what can be the bottleneck in the process.  But trade secrets are the type of property the rights to which cannot be suspended; disclosure destroys the secret and thus the property.  In the U.S., government seizure of trade secrets might be compensated as a taking (although how effective such compensation would be is in serious question).  But is the U.S. government prepared to compensate not only its own trade secret misappropriation but global dispersion of the “secrets,” and just how willing can we expect countries such as India and South Africa (the prime proponents of patent suspension) to provide any compensation whatsoever?  When these facts are considered, the call by these governments (and others) should be understood for what it is:  an attempt to use the pandemic to achieve a goal of status quo ante (prior to the establishment of the GATT/TRIPS/WTO global trade and patent regime), which was imposed upon these and other countries a generation ago.  The COVID pandemic provides the humanitarian excuse for a solution that isn’t a solution but that resonates with uninformed (albeit generally well-meaning) politicians, humanitarians, and religious and non-governmental organizations.

Which is not to say that there are no issues regarding availability of drugs in low- and middle-income countries that need to be addressed (see “The Law of Unintended Consequences Arises in Applying TRIPS to Patented Drug Protection in Developing Countries“; “A Modest Proposal Regarding Drug Pricing in Developing Countries“; “Trying to Find a Solution to the Global Drug Pricing Crisis“).  But there are ways to achieve the lofty goals that are at the root of this message.  As Merck as done with Johnson & Johnson, partnering between pharmaceutical companies can increase the number of doses of the vaccine necessary for global vaccination.  Groups like Gavi (“a Geneva-based funder of vaccines for low-income countries”), the WHO, and the Coalition for Epidemic Preparedness Innovations (CEPI), “a fund based in Oslo that was created to finance and coordinate vaccines for outbreaks” can be involved in an concerted effort to obtain vaccine supplies for the rest of the world.  Western governments with “excess” vaccine reserves can use the auspices of these groups to send doses to low- and middle-income countries and economies (LMICS) and even some “wealthier” countries having the economic capacity to defray some or all of the costs.  Indeed, today the Biden Administration announced it would make available “excess” vaccine doses to countries in need.

And the motivations for such efforts need not rely exclusively on altruism; as has become evident recently the virus has the capacity to mutate in ways that variants of unknown resistance to current vaccines can arise.  Vaccines, particularly the mRNA-base vaccines, may not be effective against these variants (see “Do mRNA-based COVID Vaccines Have an Achilles Heel?”) and thus it is in everyone’s interest to extend vaccination globally (regardless of how daunting that challenge may be) to reduce the probability of such variants arising.

SARS-CoV-2 and the COVID pandemic is the greatest global health threat caused by a virus since the influenza pandemic of 1918 (see “The Great Influenza: The Story of the Deadliest Pandemic in History“) and, before that, enumerable smallpox outbreaks (see “The Fever of 1721: The Epidemic That Revolutionized Medicine and American Politics”).  But the current outcry calls for governments and the rest of us to heed Kipling’s admonition regarding the aspiration to “keep your head when all about you/Are losing theirs and blaming it on you.”  Let’s hope they can do so.

* Ironically (or perhaps a basis for their position on the patent suppression suggestion), in South Africa “the existing patent system . . . plays a key role in stifling – rather than stimulating – innovation”; see “Do mRNA-based COVID Vaccines Have an Achilles Heel?“

** Pathetically, the Indian government has “come[] under fire for forcing states and private buyers to pay more for scarce vaccine even while France and Germany are preparing to send aid (in the form of vaccine doses), according to the Financial Times of London (see “US and Europe to send aid to fight India’s coronavirus surge” (subscription required)).

This Is Not a Burial, It's a Resurrection: Lesotho film to debut in SA cinemas

After Default, Zambia's Outsized Bet on Copper Could Play Into China's Hands

Ending HIV in children is way off target: where to focus action now – The Conversation Africa 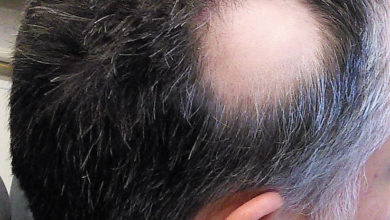