A suspected gangster has been arrested for the possession of an illegal firearm and police uniform items.

Two people – a suspected gang member and a teen – were arrested in Cape Town on two occasions for the unlawful possession of firearms and ammunition.

The suspected gang member was arrested in Nursery Street in Tafelsig, Mitchells Plain after police received a tip-off.

The suspected stolen police clothing seized during a raid on a suspected gang member’s home in Talefsig, Mitchells Plain

Police arrested a 30-year-old man on charges of unlawful possession of a firearm and ammunition as well as presumed possession of stolen property.

He is expected to appear in the Mitchells Plain Magistrate’s Court.

Meanwhile in an unrelated case, members of the Ravensmead Crime Prevention Unit were carrying out patrols in Uitsig when they spotted a man who appeared suspicious.

The members stopped to search the suspect, who then fled on foot.

“A chase ensued and the members cornered and searched the man. They found him to be in possession of a black 9mm pistol with no rounds. The 19-year-old suspect was arrested on charges of possession of an unlicensed firearm. He is due to appear in the Goodwood Magistrate’s Court once charged.”

Van Wyk said both the confiscated firearms would be sent for forensic testing to determine if it were used in any previous crimes. 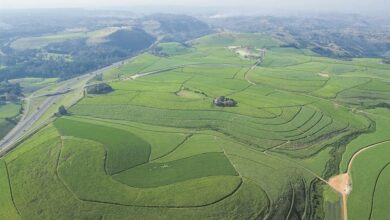 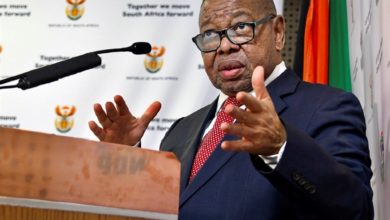 Mthokozisi Ntumba: Court hears that other students were allegedly shot by police on fateful day