In the aftermath of the horrific deaths of 21 teenagers at Enyobeni tavern in East London on 26 June, the survivors of the tragedy have relived the trauma of seeing their friends die before their eyes.

As police and forensic teams still try to determine what caused their deaths, others who attended the party at the tavern in the Eastern Cape have taken us through the chaotic events that unfolded on Saturday evening and Sunday morning.

What has become clear from their accounts is that teenagers as young as 13 were allowed into the tavern and were consuming alcohol and that, at some point in the early hours of Sunday morning, bouncers are alleged to have used pepper spray or teargas inside the tavern.

The partygoers then struggled to get out of the tavern, which has one door.

Inam Inkosi Maselikati (17) held her friends Esinako Sanarhana (17) and Nathi Ngqoza (17) as they died in her arms while pleading for help that never came. Maselikati was left with pain all over her body and a bitten ear.

She told DM168 that she and her friends had arrived at the tavern at about 10pm on Saturday and were not able to get in because there was an entry fee.

“We stood outside for about an hour, but we were allowed in at around 11pm. We went straight upstairs, where there was a birthday party for one of the DJs,” she said.

The Grade 12 pupil from Bloemfontein said she arrived in East London on Friday and went to Enyobeni on Saturday night because of the widely advertised DJ’s birthday party, where there was to be free alcohol and meat.

“Around 1am on Sunday, when we wanted to get out of the tavern, there were bouncers carrying pangas and they were not allowing anyone to leave.

“One of the bouncers sprayed us with pepper spray and that is when people started to collapse. My friend Esinako, who is asthmatic, collapsed as we were crying for help,” she said. “A man who was dying next to me bit my left ear.”

Maselikati said she tried to crawl out but then teargas filled the air and she fainted.

“I couldn’t hear anything but felt people walking over my body. A woman woke me and told me that I had fainted for three hours. She helped me contact my family,” she said.

Another survivor, Sibongile Mtsewu (22), said he had gone to the tavern to buy cider for friends who were at his home.

“I got inside and bought the ciders, but as I was going out a group of people came and blocked my way. I was trapped at the centre and struggling to breathe because of the pepper spray, and people snatched my cap, my shoes and my phone,” he said.

He said a girl next to him, who asked him to call the police, died biting his right arm.

“I had to pull my arm away. Teargas was then thrown inside the tavern and I fainted. When I woke up, there were dead bodies around me. My brother came to fetch me,” he said.

He said he had had chest pain since the incident and when he coughed or sneezed, blood came out.

“My body is still in pain, as people walked on us after we fainted,” said Mtsewu.

His brother Sonwabile said that when he heard his sibling had fainted at the tavern, he went there immediately to help him.

“When I arrived, the door was locked. I kicked the door and looked for him among those dead bodies. I found him upstairs and took him home,” he said.

Elona Mzawuyiwa (17) said she was still haunted by what she saw that night.

“While we were at the tavern, we left our friends inside to go and look for transport that would take us to Nompumelelo,” she said. “When we came back, we saw dead people and a man trying to save those who were close to the door.”

According to survivors, everyone who paid to enter the tavern that night was given a free shooter. “[But] I did not get the shooter as we got into the tavern when entry was free,” she said.

Another survivor, Sipho Skhosana, said the tavern had been full and the main cause of the death of the 21 teenagers had been the closure of the door, which was both the entrance and exit.

“As we tried to get out of the tavern, people fell down and we stumbled over them because we wanted to get out to save our lives. Those who were at the bottom could not have survived as people walked all over them,” he said.

Skhosana said he jumped out of an upper-floor window to get out.

“There was no other way that I could save myself. I had to jump out of the window,” he said.

He said security staff at the tavern had allowed young people to continue entering when the tavern was full.

“Children were allowed to enter at about 3am and, at that time, the tavern was packed,” he said.

Andisiwe Mzekeli, a witness who lives two houses away from the Enyobeni tavern, said that she had returned home from a different tavern about 4am.

“I noticed that Enyobeni was full and there were people screaming. I pushed my way close to the door and I saw bodies scattered all over,” she said.

“There was a young girl crying. She was on the floor and the upper half of her body was outside the entrance of the tavern while the lower part was inside.

“Some of the survivors were falling on her while she was stuck and crying for help. I reached out to her and grabbed her hand. I tried to pull her, but I noticed that she was rolling her eyes, and then she loosened her grip on my hand.”

She said the girl’s last words were that she couldn’t breathe, and she died holding Mzekeli’s hand.

According to Mzekeli, the tavern has always allowed underage people to drink there.

Another witness, Asanda Misani, said that, when the pepper spray incident happened, he was already outside the tavern.

“The doors were closed and we started seeing people falling like flies. Some jumped out of the windows. This was a picture I never want to see again in my life,” he said, saying that what he saw that night would stay in his mind for a long time.

“I went there to enjoy myself, only to somehow escape death. If we had stayed inside and not gone outside, maybe we would have died with those children,” he said.

Phumla Bekiso, the mother of Lungile Bekiso (17) of Scenery Park, said she last saw Lungile on Saturday afternoon when she came back from work.

“Around 2.45am, I received a call telling me that Lungile is dying at Enyobeni tavern. We rushed there and, when we arrived, he was not among the dead bodies and I was told he went home,” she sobbed.

She said they rushed home to find him and took him to hospital, where he died.

Milton Ngqoza, father of Nathi Ngqoza, said the tragedy had robbed the family of their only hope.

“My daughter has died.

“She wanted to become a singer and actor, but all those dreams perished in one night,” he said.

“I received a call from the Malangeni family informing me about this incident at the tavern and we went there.

“How can a business like this have only one entrance, and who authorised the function at the tavern?” he asked, sobbing.

He said Nathi, who enjoyed business studies at school, was the family’s hope out of poverty because everyone was unemployed and survived by doing casual work.

Approached for comment, Siyakhangela Ndevu, who owns the tavern with his wife Vuyokazi Ndevu, said he was not ready to say anything “as the issue is heartbreaking”.

Police are reported to have ruled out a stampede as the cause of the tragedy. DM168

The lives lost during the Enyobeni tavern tragedy

This story first appeared in our weekly Daily Maverick 168 newspaper, which is available countrywide for R25. 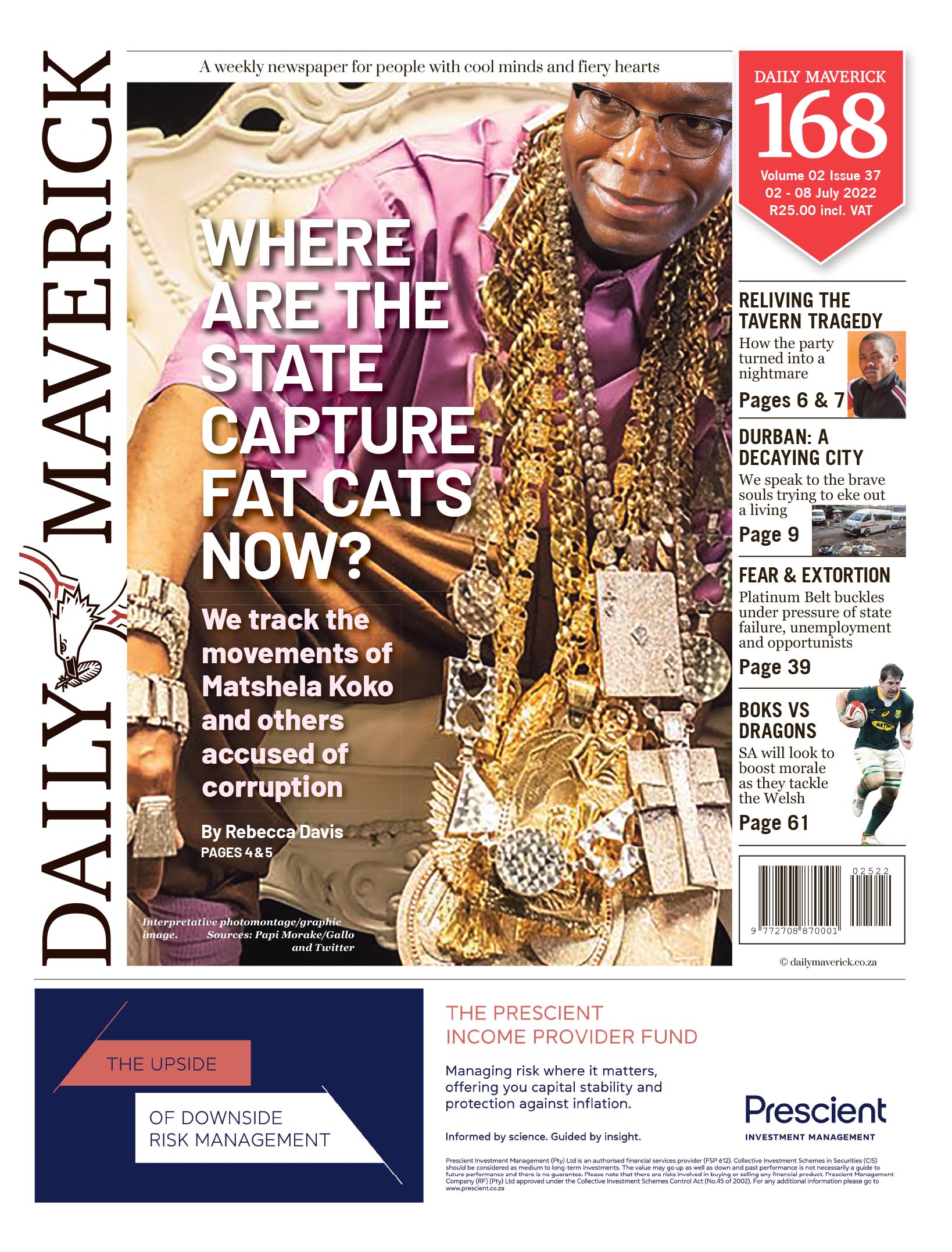 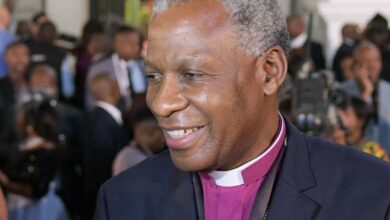 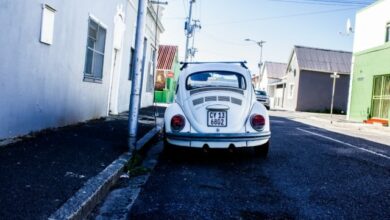 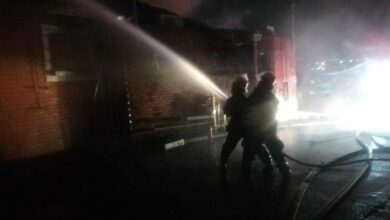 No casualties or injuries in Durban hospital fire, investigation into cause launched