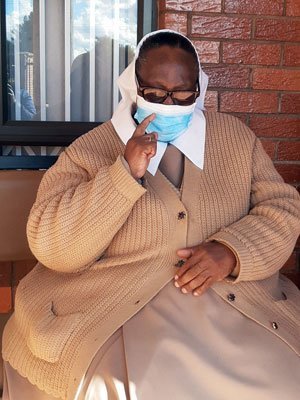 © WHO Lesotho Sister Juliet Lithemba recovered after being diagnosed with the COVID-19 virus.

For Sister Juliet Lithemba, the past year has been “nothing short of grace and mercy from above”, as she explains it. The 77-year-old resident of Mt Royal Convent of the Sisters of Charity of Ottawa, located in Lesotho’s Leribe district, didn’t know much about COVID-19 until her convent home and fellow sisters were infected by the deadly virus.

She has dedicated her life to religious service since 1964, when she was just 20-years-old. For 47 years of her dedication, she has never seen such havoc brought about by a disease as during the COVID-19 pandemic.

Sister Lithemba was one of the first people to be identified as a confirmed case in May 2020 at her convent when she first thought she had caught a cold.

“It didn’t come as a surprise to me that I had flu-like symptoms because all my life, I have been troubled by the common cold”, she said.

It didn’t get any better as days passed by until she visited Motebang Hospital, a facility just a few blocks from the convent, to get treatment. The nurse assisting her on that day told her to test for COVID-19.

After testing positive for the virus, Sister Lithemba was transferred to Berea Hospital for isolation and monitoring. She was on oxygen every day for 18 days.

“I was even taught how to operate the oxygen machine. It sure was going to be a long hospital stay. This, I learned as days passed by”, she says. Right opposite her bed was her fellow sister from the convent, who was having a hard time breathing, eating or even drinking water.

“She could not swallow or keep anything down”, Sister Lithemba says. Later, her neighbour sadly died.

The virus had spread so widely that every other day a nun would be taken to the closest private clinic, to be given oxygen. The oldest among the sisters, was a grand 96.

‘Too many warriors’ lost

In total, the convent has registered 17 positive cases and three negatives. Unfortunately, of these confirmed cases, seven have passed away.

“These were trying times for us. We lost too many warriors in this battle, and life will never be the same”, Sister Lithemba says. She and other occupants at the home say they do not know how or where they could have been infected at the time.

After the first wave of the virus, the convent home hired a cleaning and disinfecting company, ordered everyone to adhere to COVID-19 protocols and let all their workers stay on campus.

Their guest rooms were temporarily closed, so as to have less movement in and out of the home.

“At the moment, everyone had to stay in their rooms. There are sanitizers in every room and all entrances and exit points. We adhere to physical distancing in our dining hall and when we go for our daily prayers. We have witnessed the existence of this virus in the harshest way, and we are taking our safety very seriously,” Sister Lithemba says.

To protect the senior populations of Lesotho, the government has been carrying out an initiative known as the Risk Communication and Community Engagement campaign. Supported by the World Health Organization (WHO), UN Children’s Fund (UNICEF) and other partners, authorities have designed targeted messages for specific groups in the community such as the elderly, the vulnerable and community members with various conditions such as diabetes and high blood pressure.

© WHO LesothoA risk communication team from WHO works with government officials at a COVID-19 message development workshop in Leribe district, Lesotho.

“Aging populations are particularly vulnerable to COVID-19 and they have been disproportionately impacted by the pandemic as they are at the highest risk of contracting the virus infection due to weakened immune systems and pre-existing health conditions,” says Richard Banda, Representative of WHO Lesotho.

That is why the UN team in Lesotho is supporting community engagement activities, especially targeting vulnerable people, and organizing special meetings where hygiene promotion talks are conducted, while observing the Do’s and Don’ts of the COVID-19 pandemic.

“We must intensify our work to achieve Universal Health Coverage, and to invest in addressing the social and economic determinants of health, to tackle inequities and build a fairer, healthier world,” Mr Banda added.

By mid-April, Lesotho had recoded almost 11,000 cases of the virus with 315 deaths according to WHO. The country launched its COVID-19 vaccination campaign on 10 March 2021 after receiving vaccines through the COVAX Facility. Some 16,000 doses have been administered so far, mainly to frontline workers.

“Every disease needs a cure, and even if this vaccine is not perfect, at least it minimizes the chances of death and being critically ill. That’s all the hope we need”, Sister Lithemba says.

She now takes into account all the preventive measures available, to reduce the rate of infection, until the country has got a grip on the pandemic.

As one of the COVID-19 survivors, Sister Lithemba urges authorities to avail themselves of resources to enable the community engagement teams to visit all corners of every district. This, she said, should focus on reaching out to everyone, including those in hard-to-reach areas. 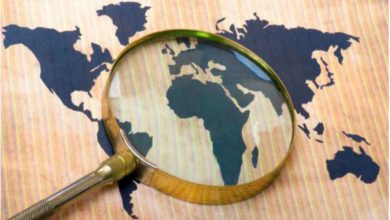 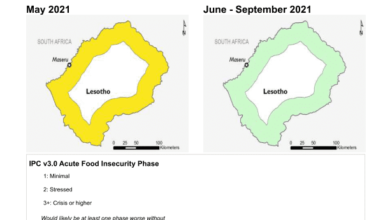 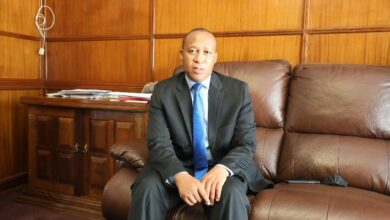 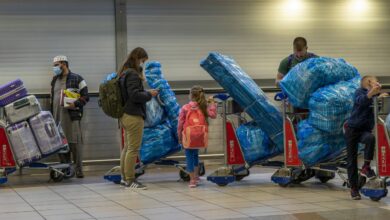