The first inter-city departure was a National Express coach from Manchester via Birmingham to London, which was specially timed for 12.01am. It sold out completely. Like other National Express services, only around half the seats are available due to social distancing measures.

A spokesperson said: “We’ve had a steady stream of bookings for today. The Bristol to Manchester route was a busy route today, with only one seat out of the three services left available.”

In London, the Monday morning rush hour appeared significantly busier than in previous weeks – especially at the biggest stations serving the south of the capital, Victoria and Waterloo.

Yvonne Young, a commuter from southwest London, tweeted: “Today is 2nd stage of easing lockdown – known for five weeks. Earlsfield to Waterloo. At least two trains still cut between 7.30- 8am which means a 12-minute gap for a busy station, and on top of this eight carriages rather than 10.”

The Twitter feed for South Western Railway responded: “Thank you for raising this with us. Following feedback from our customers, our teams are closely monitoring passenger numbers on this part of our network.”

Even though the stay at home rule has been removed, the government is urging the public to minimise travel.

Travel involving an overnight stay is not permitted, and crossing the border from England into Wales or Scotland is not allowed without a valid reason.

Train operators are adopting a range of attitudes in their public pronouncements.

GWR, which links London Paddington with Reading, Wiltshire, Oxfordshire and the West of England, is telling prospective passengers to stay away if they can, saying: “Please follow government guidance and keep your journeys to a minimum.”

Northern, one of the government’s own train operators, is also telling passengers: “Keep your journeys to a minimum where possible.”

But LNER, the state-run operator on the East Coast main line, is not warning against journeys. Its key challenger on the route, Grand Central, resumed services on Saturday.

The other East Coast main line “open-access” operator is Hull Trains, which says: “We are delighted to be restarting services on Monday 12 April.”

Long-planned Network Rail engineering projects over Easter mean that several key lines will be closed between 2 and 5 April.

The Megabus spokesperson said: “We’ve seen a surge in bookings for Good Friday and Easter Monday, and as the restrictions ease, we are starting to see bookings ramp up further.”

Links to island communities are busy.

Hovertravel, which connects Southsea with Ryde on the Isle of Wight, has seen around 15 per cent more passengers.

Neil Chapman, managing director of the 10-minute hovercraft link, said: “Taking into account that some of our customers such as school children, teachers and parents have started their Easter break, our numbers today are approximately 15 per cent above what we have been seeing.

“This is slightly higher than the rises we saw when the last two lockdowns ended, helped by the today’s glorious spring weather. We are seeing feelings of cautious optimism amongst customers.”

Further west, Isles of Scilly Travel has no flights from Land’s End to the airport at St Mary’s available for the remaining days in March. 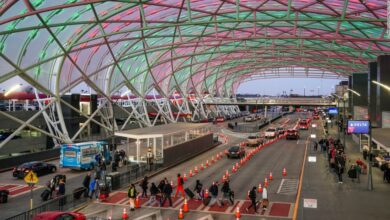 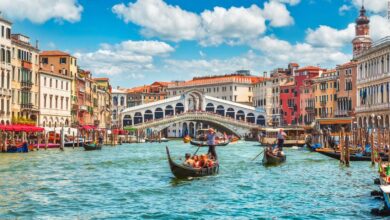 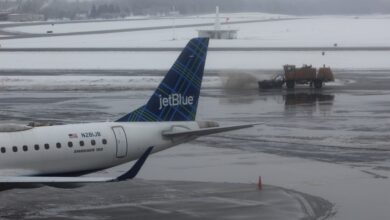