Here are your rugby headlines for Sunday, May 22.

Wales sweating on fitness of Patchell

Wales are sweating on the fitness of Scarlets fly-half Rhys Patchell after he limped off against the Stormers with a hamstring injury – just days after earning a much-awaited Test recall.

The 29-year-old looked despondent as he made his way from the pitch shortly after coming on as a second-half replacement in the 26-21 defeat on Saturday night. Wales boss Wayne Pivac will be left sweating on the news about Patchell.

Were the fly-half to miss out on the summer tour for South Africa it would be a cruel blow, having just been called up to a Wales squad for the first time since the autumn of 2020.

Scarlets coach Dwayne Peel said he was unsure about the severity of Patchell’s injury at this stage and more will be known in the coming days. Dan Biggar and Gareth Anscombe are the other fly-halves in Pivac’s squad to take on the world champions this summer – with Bristol Bears playmaker Callum Sheedy the likely option to replace Patchell if he is ruled out.

Johnny Williams, who was also named in the Wales squad after missing the Six Nations, left the field for a head injury assessment, and also appeared to have a sustained a hand injury prior to that. However, Peel said that the centre was “fine”.

Scarlets boss Dwayne Peel said his players gave everything as they fell agonisingly short of securing Champions Cup qualification with a last-gasp 26-21 defeat to the Stormers.

Needing victory to surpass the Ospreys, tries from Johnny Williams and Ryan Conbeer had put them in contention in what was an impressive performance – with the scores all level heading into the final few minutes.

However, Peel’s side were denied top tier European rugby for next season as the Stormers scored at the end to ensure it was the Ospreys who will be playing in the Champions Cup next year.

Peel said afterwards: “It was a huge effort. We emptied the tank. Everyone has seen the Stormers play this season, they have been high energy, big physicality, with big carries.

“We went toe to toe with that. I’m proud of the effort we’ve put in. The game was about fine margins, and either side could have won it.

The result meant Scarlets finished 10th in the 16-team league and Peel continued: “It is about how we react. We can compete, yes, but we have to compete consistently.”

Edinburgh booked their own place in next season’s Champions Cup and reclaimed the 1872 Cup by overcoming a 13-point first-leg deficit with a 28-11 win over Glasgow at Murrayfield.

The result means Warriors will play in the Challenge Cup – Europe’s second-tier competition – next year and travel to Leinster in the United Rugby Championship play-offs.

Edinburgh’s place at Europe’s top table came courtesy of them topping the URC’s Scottish/Italian Shield, finishing with a four-point cushion over Glasgow.

The Dragons are set to undergo a major coaching shake-up this summer, claim The Rugby Paper.

They say Director of Rugby Dean Ryan may move upstairs into more of a mentoring role, whilst retaining his place on the Board of the WRU-owned region.

If so, that would leave room for a new head coach to lead a team who have had a woeful season and finished their campaign without a single Rodney Parade win after the 11-21 loss to the Lions.

The Dragons are bringing in a plethora of new players and Scarlets backs coach David Flanagan is one of the names being linked as a possibility to lead the side. He is Dwayne Peels No.2 at the moment but could be offered the job as a number one.

Also being linked with the role is former Wales Grand Slam winner Jonathan Thomas, who has left his job in charge of Worcester Warriors.

Ryan ‘annoyed’ at himself over Warren departure

Dragons boss Dean Ryan admits he is “annoyed” at himself for the length of time it took to confirm centre Adam Warren’s end-of-season departure.

One-cap Wales international Warren is one of 16 players leaving Rodney Parade this summer, bringing to an end a seven-year stay in Newport that has seen him make over 100 appearances. He made his final one in the the clash with the Lions on Saturday.

However, with Max Clark and Sio Tomkinson arriving this summer, there was ultimately no room for Warren – regardless of how consistent he’s been for the Dragons in recent season.

“Making calls on players is the hardest part of the job, I wish I didn’t have to do it but it’s the reality of the business,” said Ryan. “They’re horrendous decisions to have to make, but we’re moving towards something where we knew something had to change and sometimes that involves people, really good people.

“All you can do is do your utmost be transparent about the reasons, and in the Adam Warren situation I’m annoyed at myself that it has gone on for a long time because there were other parts of the jigsaw we hadn’t solved.

“That’s where ultimately my respect for him is huge, he’s been a huge ambassador for the club for so long. Today will be the hardest day he’s played, to do 80 minutes at that level of physicality with the hardest emotions, outstanding.”

Wales centre Nick Tompkins shone as Saracens sealed a home Premiership semi-final with a 42-38 win over Northampton at StoneX Stadium.

Just one point separated the two teams at the break before Tompkins scored – with further scores from Alex Lewington, Theo McFarland and Alex Goode setting them up for victory.

Two crucial bonus points for Northampton – for whom Dan Biggar kicked 13 points – means they move a step closer to a semi-final spot of their own, although it is likely to be away.

Northampton wind up their regular campaign against Newcastle and skipper Biggar said: “We were very sloppy in that first period after half-time so we knew we had to chance our arm but it’s still disappointing to score 38 points and come away losing.

“No disrespect to Newcastle but if we had been handed a home fixture against them to secure a play-off then we would have snatched one’s hand off.”

Here’s how much money truck drivers earn in South Africa 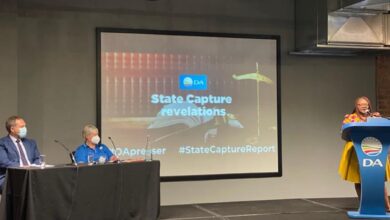 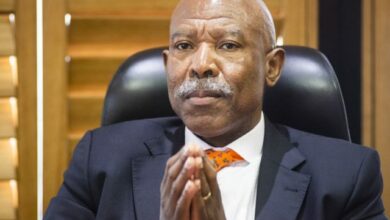 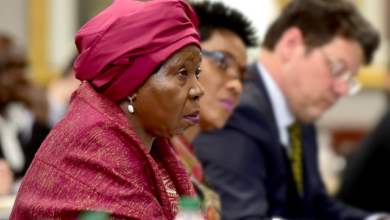