A potential blueprint for resuming foreign travel from May 17 at the earliest is being drawn up by a global travel taskforce. Boris Johnson is due to give an update on its work on Monday before its publication on April 12.

The surge in variants on the continent and slow vaccination rollout in Europe has dented hopes of an early re-start of overseas holidays and the taskforce is not expected to identify countries that are safe to travel to.

Instead, it will set out a “traffic light” system for rating the safety of countries and the restrictions needed to allow travel amid fears that many destinations may not get the go ahead until August.

Nigel Huddlestone, tourism minister, on Monday said people should plan to holiday in Britain because of rising infections across Europe. “Remember you can have a holiday in the UK as well and I encourage people to do that and plan for that as well,” he told Sky News.

“We do want to open up as soon as we can. That goes for domestic and indeed international [travel], but we’ll do so cautiously based on the evidence and we’ll keep a very close eye on what’s happening in both the EU and elsewhere around the world.”

It came as Cabinet Office minister Michael Gove on Monday held a “listening exercise” with MPs on the ongoing review into domestic Covid passports, which could see pubs, theatres and other venues require proof of vaccination, antibodies or a negative test as a condition of entry.

Insiders present said that MPs provided a “mixed response” to the proposals, with senior Tory backbenchers Steve Baker and David Davis reiterating their concerns that it could be discriminatory and an erosion of peoples’ freedoms.

However, others present suggested they would support measures which could enable the economy to reopen faster.

One source said that Tory MP Dr Andrew Murrison, who is administering vaccines, had claimed that members of the public were “calling out” for passports as a way of safely reopening society.

“I think the general sense is that people are open to certification,” a second insider said.

Another MP present said: “I would have concerns potentially about privacy and liberty. But it’s also very important that we get everything open again. I think a lot of people out in the country are keen to get back to some sense of normality and are willing to look at ways to make that happen sooner.

“We do have a job of changing the psychology from fear to making people more aware that they are at pretty low risk now.”

While Mr Gove is said to have remained tight-lipped about the Government’s plans, he stressed that ministers were still drawing up plans and that no final decision had been made, with any scheme unlikely to be ready for several months.

However, one sceptic present said: “I think they are prejudiced in favour of it [Covid passports].”

As Easter weekend nears, Ramaphosa says: 'Threat of a third wave is real and ever-present' 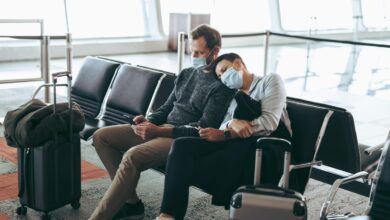 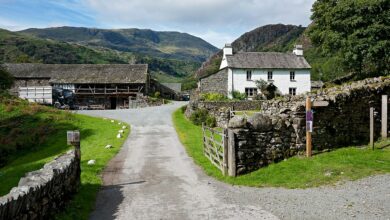 Meet the ‘amber gamblers’ who have ventured abroad