As some of the world’s biggest container ships head towards the
coast around South Africa, and away from the blocked Suez canal, the Western
Cape premier has urged the vessels to dock at Cape Town.

“We can resupply by boat, by helicopter or the crew can pull
in to get the deals of the century at our five-star hotels and steady their sea
legs on our fabulous beaches,” Alan
Winde told the UK publication The Times. “There is no such thing as the
great wines of the Suez Canal!”

But the local harbour is still struggling with backlogs due to strong winds, and the
City of Cape Town has urged Transnet to consider a proposal to develop
Saldanha harbour as a container port instead.

In recent months, a number of large
container ships and shipping lines have reportedly bypassed the
Cape Town harbour because of the strong winds, which have also contributed to
backlogs in handling freight, as cranes can’t operate during gale-force winds.

Last week, the City of
Cape Town said the Saldanha harbour should be developed as a container port instead.

“Indications
are that due to climate change, Cape Town will face more frequent and stronger
southeaster winds in future,” said Felicity Purchase, the City of Cape
Town’s mayoral committee member for transport in a statement. Already, the
Table Mountain Cableway can’t operate up to 80 days a year due to the winds.

“We
cannot ignore the impact this will have on commercial activity, in particular
that of the container dock in the heart of the Foreshore.”

The
original harbour was built in the most protected part of Table Bay. However,
the container dock is built as an extension of the foreshore reclamation, which
faces the full force of the southeaster wind.

Purchase
says that high winds have prevented container vessels from berthing in the
container dock, and some vessels have by-passed Cape Town altogether.

“Shipping
companies and businesses dependent on the shipping industry for their income
have suffered considerable financial loss. The delay in the delivery of goods
has severely affected businesses working on tight delivery deadlines, not to
mention the loss of working capital.”

The
City wants Transnet to reconsider plans to extend
the Cape Town container terminal to cater for another 1 million containers. “Given
the possible long-term change in weather conditions, however, one has to
question whether this is still a sensible and viable idea,” says Purchase, adding that Cape Town is also already been experiencing challenges catering for the heavy goods vehicle traffic trying to access the harbour during peak times.

She adds that Saldanha already has an Industrial Development
Zone (IDZ), plus there is another IDZ close at hand in Atlantis. “Given that
the City is considering these locations for the development of local industry,
it makes sense to have an adjacent cargo port.”

Meanwhile, Winde told The Times
that he instructed his officials to “get on” with making sure that arriving ships’ needs are met.

“Why should they sit in a queue when you can come and spend a
couple of days replenishing in the world’s most beautiful city?”

Already, some of the world’s biggest shipping groups – including
Maersk and the Mediterranean Shipping Company (MSC) – have rerouted
their vessels to sail around South Africa, instead of waiting for the stuck container
ship in the Suez Canal to be dislodged.

The Ever Given ran aground in the Suez canal on Wednesday, and a large
queue of container ships continue to wait as slow progress is made to free the ship. 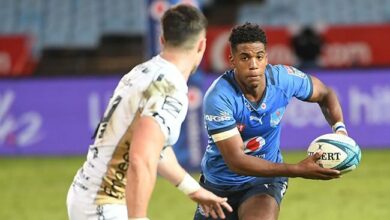 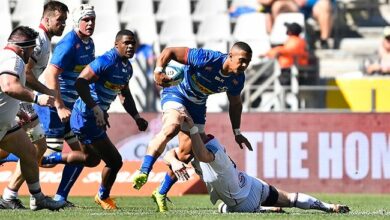 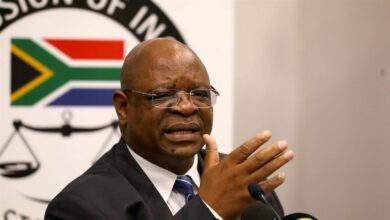 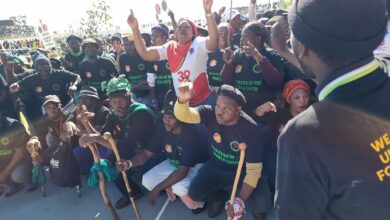