Brad Peyton (Rampage, San Andreas), whose feature films have earned more than $1.3 billion at the worldwide box office, will direct and produce Universe’s Most Wanted via his production company ASAP Entertainment, along with ASAP’s Jeff Fierson. Dave Bautista (Army of the Dead, Guardians of the Galaxy, Dune) will star and produce via his production company Dream Bros Entertainment, along with Dream Bros’ Jonathan Meisner. The film will also be produced by AGC Studios’ Stuart Ford. AGC’s Miguel Palos Jr. and Linda McDonough are executive producing alongside Carsten Lorenz. The screenplay is by F. Scott Frazier (xXx: Return of Xander Cage) and Jimmy Loweree.

The deal builds on the studios’ relationship following their partnership on Queenpins, the highly anticipated upcoming comedy starring Kristin Bell, Kirby Howell-Baptiste, Vince Vaughn, Bebe Rexha, and Paul Walter Hauser. The deal also reteams STX with Bautista, who starred in the studio’s My Spy, which became a streaming hit for Amazon and is currently being developed as a sequel.

Fogelson said, “It’s a thrill to be working with old and new friends on this movie. After successfully collaborating with Dave Bautista on My Spy and with AGC on our upcoming comedy Queenpins, it’s great to be back in business with these frequent collaborators. And we’re enormously excited to be working with Brad Peyton, whose proven talent for creating action-packed, fun adventures with plenty of comedy will make this movie a must-see event.”

Ford added, “We’re thrilled at STX’s passion for Universe’s Most Wanted and look forward to working alongside Adam, Sam, and the team as we move towards production and hopefully enable Brad and the team to make an exciting movie.”

“When I first read Scott and Jimmy’s script, I was sold, as it’s the exact type of big, fun sci-fi tentpole I’ve been looking to do,” said Peyton. “What struck me the most was how much heart it had and how much nostalgia it triggered. It reminds me of the great Amblin movies of my childhood. Dave agreeing to play the lead was the icing on the cake.”

“Brad and I are so excited to be working with such a phenomenal team, from our producing partners Dave and Jonathan, who have been creatively in lock step with us since the beginning, to Stuart and the team at AGC who did such a phenomenal job selling the movie, assembling the financing and preparing for principal photography,” said Fierson. “Now to be reuniting with Adam Fogelson and Sam Brown at STX, it really is a ‘dream team’ of partners with whom we are making this movie.”

In Universe’s Most Wanted, a small town gets a big surprise when a spaceship carrying the universe’s most wanted and dangerous criminals crash lands in their backyard. Soon the sheriff and his son become heroes when they find themselves helping an intergalactic peacekeeper (Bautista) to keep the ragtag group of alien prisoners from escaping and taking over the world.

Currently in pre-production, Universe’s Most Wanted is scheduled to begin shooting in Melbourne, Australia in late July. Roadshow Films and McMahon International will provide local production services, with Roadshow also distributing the film in Australia and New Zealand. The production is supported by Film Victoria.

Eros STX Global Corporation, (“ErosSTX”) (NYSE: ESGC) is a global entertainment company that acquires, co-produces and distributes films, digital content & music across multiple formats such as theatrical, television and OTT digital media streaming to consumers around the world. Eros International Plc changed its name to Eros STX Global Corporation pursuant to the July 2020 merger with STX Entertainment, merging two international media and entertainment groups. The combination of one of the largest Indian OTT players and premier studio with one of Hollywood’s fastest-growing independent media companies has created an entertainment powerhouse with a presence in over 150 countries. ErosSTX delivers star-driven premium feature film and episodic content across a multitude of platforms at the intersection of the world’s most dynamic and fastest-growing global markets, including US, India, Middle East, Asia and China. The Company also owns the rapidly growing OTT platform Eros Now which has rights to over 12,000 films across Hindi and regional languages and had 211.5 million registered users and 36.2 million paying subscribers as of September 30, 2020. For further information, please visit ErosSTX.com.

STXfilms, a division of Eros STX Global Corporation, is a next-generation film studio that produces, acquires, distributes, and markets motion pictures at scale. From blockbusters like Hustlers, Bad Moms, and The Upside to hits like The Gentlemen, Molly’s Game, and The Gift, STXfilms produces star-driven films for a global audience. In just 5 short years, its slate of films has already grossed over $1.8b in global theatrical box office. With a wide range of partners including Universal Pictures Home Entertainment and Showtime (which handle the physical and premium television releases of STXfilms content, respectively), the studio is a fast-growing, industry powerhouse.

AGC Studios (www.agcstudios.com, founded and launched by Chairman and CEO Stuart Ford in February 2018, is in a very busy production period. The company has just finished producing QUEENPINS from directors Aron Gaudet and Gita Pullapilly, starring Kristen Bell, Kirby Howell-Baptiste, Vince Vaughn, and Paul Walter Hauser for STX; they are a partner on Roland Emmerich’s recently wrapped MOONFALL starring Oscar® winner Halle Berry and Patrick Wilson for Lionsgate; produced and financed the recently completed DEMONIC from Neill Blomkamp to be released by IFC Midnight; and LOCKED DOWN from director Doug Liman starring Oscar® winner Anne Hathaway and Oscar® nominee Chiwetel Ejiofor which recently aired on HBO Max. They are in pre-production on THE PERFECT FIND from director Numa Perrier starring Gabrielle Union, Keith Powers and Niecy Nash for Netflix; and LITTLE AMERICA from director Rowan Athale starring Sylvester Stallone. In addition, AGC is a co-financier and partner with CNN Films on LADY BOSS: THE JACKIE COLLINS STORY, which is in post-production. The studio’s television division, AGC Television, is in production on TINDER SWINDLER from Gaspin Media; on the television adaptation of Gabriel García Márquez’s NEWS OF A KIDNAPPING for Amazon Studios; just wrapped production on Sebastian Gutierrez’s LEOPARD SKIN starring Carla Gugino; and is in prep on TROPPO starring Thomas Jane.

ASAP Entertainment is the feature film and television production company founded by writer/director Brad Peyton and his producing partner Jeff Fierson. Peyton has directed films which have earned more than $1.3 Billion at the worldwide box office including the Warner Bros. blockbuster “San Andreas,” New Line Cinema hit film “Rampage,” and the second installment of New Line Cinema’s “Journey to the Center of the Earth” franchise “Journey 2: The Mysterious Island.” Currently, the duo is producing the Netflix action thriller “Sweet Girl,” starring Jason Momoa and Isabela Merced, which is slated for release later this year, as well as prepping the sci-fi tentpole “Atlas,” which they will produce for Netflix and which Peyton will direct. On the television side, the duo has produced two series for Netflix, including “Frontier,” starring Momoa, and “Daybreak,” based on the bestselling graphic novels. 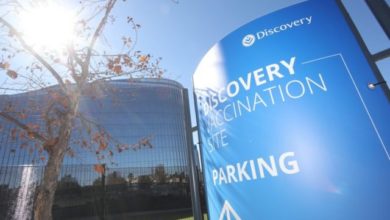 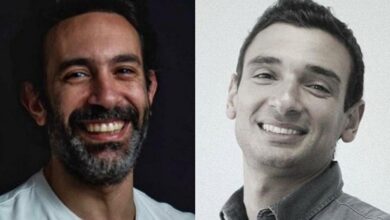 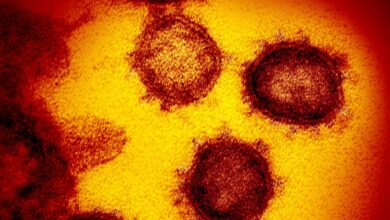