University students are being left behind this year due to funding challenges at the National Student Financial Aid Scheme. Picture: Getty Images

Some universities are reportedly still owed millions by the National Student Financial Aid Scheme (Nsfas) for the 2020 academic year.

This comes as most universities, especially historically disadvantaged institutions, whose 2020 academic year had been extended until the end of this month, must deal with newcomers who depend on Nsfas funding.

This has implications for the financial viability of institutions and for students, whose qualifications are only released once their bills have been settled.

Nsfas remains a common cause for despair across the higher education sector.

City Press has also established that Nsfas has not issued guidelines for this year that would set out funding eligibility for students. This was confirmed by Nsfas last week, when it indicated that such guidelines would be shared with universities once finalised.

But Nsfas had not responded to questions relating to outstanding payments to universities by the time of going to press.

The CPUT student representative council (SRC), in its presentation at the same meeting, revealed that students were “being left behind” this year due to funding challenges.

The SRC told the committee: “Nsfas remains a common cause for despair across the higher education sector, despite the scheme being a bursary from 2018. We remain with several students whose funding decision has not been confirmed, while a number of those were defunded last year around April and August, which has left these students with no funding and some with no clear reasons for the discontinuation of their funding.

“For the disbursement of 2021 Nsfas allowances, we are still waiting for a directive.”

Neither TUT nor CPUT had responded to questions by the time of going to press.

The net outstanding for 2020 is approximately R150 million.

Other universities also revealed that Nsfas was indebted to them.

Wits University spokesperson Buhle Zuma said Nsfas accounts for last year had not been completely reconciled and agreed to by both parties.

“The net outstanding for 2020 is approximately R150 million. The university and Nsfas have been reconciling accounts and receiving payments,” Zuma said.

“There was an undertaking from Nsfas in January to make two payments at the end of January 2021 – the outstanding balance of 2020 and extended allowances of December 2020,” Jacobs said.

“To date, only one payment was received on February 5. [There has been] no indication as to when we will receive the second payment as well as the historical debt claim amount that is still unresolved.”

Nsfas has indicated that the issue of historical debt is not closed, but still a work in progress and they are waiting for the finalisation of the 2017/19 close-out.

Mangosuthu University of Technology spokesperson Bheki Hlophe said Nsfas owed them about R300 million after confirming funding for students who were still categorised as having outstanding issues.

“This is a cumulative figure since the inception of the university up to December 31 2019. The university is currently finalising the 2020 annual financial statements and therefore cannot provide an audited figure for the 2020 year at this stage.”

She said Nsfas was currently rolling out an ongoing historical debt process, whereby relevant information was being collected from universities to finalise and pay remaining outstanding Nsfas fees.

Historically, Nsfas has honoured outstanding balances with UWC and we don’t foresee a problem in finalising any outstanding 2020 amount,

He said Nsfas had been regularly making payments in tranches to settle the outstanding debt.

University of the Western Cape (UWC) spokesperson Gasant Abarder said they had regular engagements with Nsfas, during which issues of mutual interest and concerns were discussed and considered.

“The issue of money owed to the university by Nsfas will be part of these discussions. Historically, Nsfas has honoured outstanding balances with UWC and we don’t foresee a problem in finalising any outstanding 2020 amount,” Abarder said.

Other universities had not responded to requests for comment by the time of going to print.

Everyone Who Won Big at the 2021 Nickelodeon Kids' Choice Awards 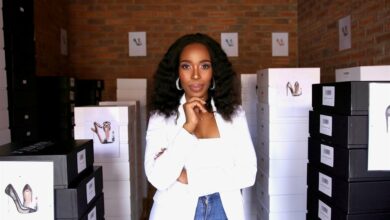 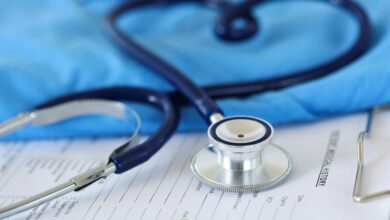