Dawie Snyman will be the Stormers head coach against the Lions this weekend. (Photo by Grant Pitcher/Gallo Images)

The Stormers have been boosted by the return of key playmakers ahead of Saturday’s PRO14 Rainbow Cup SA clash against the Sharks in Durban.

The Capetonians got their campaign on track with a last-gasp 39-37 win over the Lions in Johannesburg last weekend and there was further good news on Tuesday.

Backline coach Dawie Snyman told reporters that star flank Pieter-Steph du Toit was back in training after being rested last week, while centre Ruhan Nel was also back after sevens duty with the Blitzboks.

Schickerling had missed the Stormers’ last two games against the Bulls and Lions with an ankle injury, while Orie sat out the trip to Ellis Park due to concussion.

“We’re looking good from an injury point of view. We’ve got Pieter-Steph back after having a rest. JD Schickerling is running nicely, so he’s doing well. Marvin, obviously, had to rest one week because of concussion but he’s also back training. And there are no new injuries, so that’s good,” Snyman said during a virtual press conference.

Nel’s return leaves the Stormers coaching staff with a head scratcher in midfield.

Dan du Plessis, who started at outside centre against the Lions, scored two tries and played well with Rikus Pretorius on his inside.

Du Plessis is, however, more accustomed to playing inside centre and Nel’s return could leave the Stormers coaches pondering which combination to try out against the Sharks.

“Ruhan is back from the sevens and started training with us yesterday,” Snyman said.

When probed whether Nel would slot back in at No 13, the backline guru responded: “At this stage we’re looking at combinations. We know what we have in Ruhan and Dan has also shown what he’s done.

“We’re actually playing Dan a bit out of position. He’s favoured at No 12 – that’s actually his position… where he started his rugby and played most of it. We’ve expected [of] him to move to No 13 and do a job for us there… [but] it’s a bit different defensively in that position.

“Also on attack the roles are quite different, but we’ll look at the combination that we need for this weekend. Rikus is going nicely [at inside centre] but we also want to give Dan an opportunity at some stage at No 12.”

Snyman added that flyhalf Abner van Reenen, who left the field injured at Ellis Park, had recovered and would be in line for selection against the Sharks.

Van Reenen’s replacement, Tim Swiel, also performed adequately against the Lions – it was his clever cross-kick that set up Du Plessis’ late try and he also kicked the match-winning penalty.

“Abner is fine, he got a shot on his AC joint but he recovered well and trained today, so we’re quite lucky there,” Snyman said of the options at flyhalf.

The Stormers lost their Rainbow Cup opener 33-30 to the Sharks at Cape Town Stadium and they also went down 20-16 at home to the Bulls the following week.

They created several scoring opportunities in their opening three matches but Snyman said the onus was still on improving their execution.

“We’ve been working hard… sometimes at training you make a line break and that last pass isn’t of real quality because you’re not really focused to go and score the try because it’s training… so we’ve put a bit of emphasis on that to make sure we finish tries and opportunities that we create.

“But the good part of it is we’re creating opportunities. It’s quite tough if you wake up on a Monday and you haven’t created anything. But now in seeing that we’re doing that, the next step is to add to it, to make sure that we focus hard and get the execution right.”

Looking ahead to the Sharks, who will be smarting after a 43-9 loss to the Bulls in Pretoria, Snyman added: “The Sharks kick a lot, so it doesn’t matter what conditions. They’re a team that knows how to kick, they put pressure on you in the way that they kick and how they contest for those kicks.

“So, I don’t think they’re going to change anything. They’ll kick, look to put us under pressure and see if they can force us into mistakes.”

The Stormers team will be announced on Wednesday, with Saturday’s clash at Kings Park scheduled for 13:00.

Ramaphosa on ‘disturbing’ allegations against Mkhize: ‘I am dealing with the matter’ 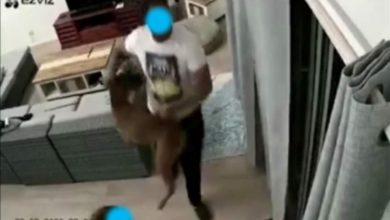 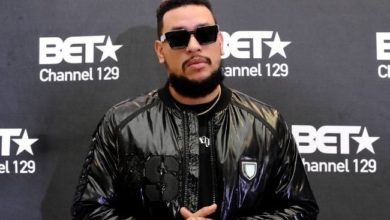 AKA ‘doing well as can be expected under the circumstances’, seeks grief counselling