JoJo’s Bizarre Adventure has debuted the first full trailer for its next big anime, Stone Ocean! JoJo’s Bizarre Adventure: Golden Wind came to an end back in 2019, and with the end of the fifth iteration of the anime fans have been eagerly anticipating when the next major entry of the series would arrive. Thankfully it was confirmed earlier this year that the anime for the sixth iteration, Stone Ocean, was in the works and had already started building its production with its casting of Ai Fairouz as the voice of the newest JoJo, Jolyne Kujo.

It’s been a while since we have gotten a concrete update following the initial announcement of the new anime back in April, but during a special event for Stone Ocean, JoJo’s Bizarre Adventure debuted not only a new key visual that showed off the extended crew of characters, but also released the first real teaser trailer for the upcoming anime that showed off what Jolyne Kujo will look like in full motion. You can check it out below from the series’ official Twitter account:

The streaming event revealed the most information about JoJo’s Bizarre Adventure: Stone Ocean yet as not only was it confirmed that this newest iteration would once again be handled by David Production, but the first additions to the staff include veterans of the seasons past including the likes of Kenichi Suzuki as Chief Director, Toshiyuki Kato as Director, Yasuko Kobayashi as Series Composer, Masanoru Shino as Character Designer, Shunichi Ishimoto as Stand Designer, Yoshikazu Iwanami as Sound Director, and Yugo Kanno as Composer.

The first additions to the cast include some heavy hitters as well with the likes of Mutsumi Tamura, Mariya Ise, Atsumi Tanezaki, Yuichiro Umehara, Daisuke Namikawa, and the returning Daisuke Ono all joining the previously confirmed Ai Fairouz. This first trailer gives us our first look at each of the characters in motion, and definitely makes the wait for the new information worth it.

But what do you think of this first look at JoJo’s Bizarre Adventure: Stone Ocean so far? What are you most excited to see when the next anime makes its debut! Who are you most excited to see in action? Let us know all of your thoughts about it in the comments! You can even reach out to me directly about all things animated and other cool stuff @Valdezology on Twitter!

Business travel will not recover any time soon, but so what?

“We Are Not An Experiment” – Deadline 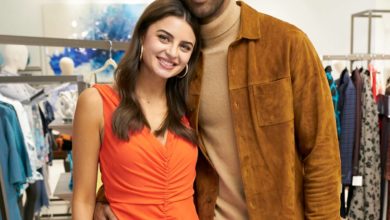