Stephanie Parkins hadn’t opened a credit card in 20 years. That changed a few months ago, though, when she had an inkling that summer flights would get expensive.

Parkins and her husband Andrew knew they wanted to take their two kids to visit the grandparents’ farm in Nellysford, Virginia. In January, the “queen of deals,” as some friends call her, saw an offer for new Southwest Airlines credit card members — spend $5,000 in the first three months and earn the “Companion Pass,” plus bonus points.

If Parkins and her husband both opened cards, they could earn two Companion Passes and fly their kids for free. To meet the spending requirement, they prepaid for their kids’ summer camps, scheduled a major car tuneup and stocked up on supplies for the house.

Parkins was right about the airfares. COVID-weary travelers are itching to get away after over two years of hunkering down. Industry analysts say airlines are deliberately cutting seats to keep those prices up. That, coupled with expensive jet fuel and pilot shortages, has pushed airfares sky-high.

“Airfare from Seattle right now for a domestic trip this summer is about $580, and that’s almost double what you would have paid in 2019,” said Hayley Berg, an economist from the travel app Hopper. “It’s up about 80%.”

Industry experts like Berg encourage travelers to pay attention to timing when booking trips. When possible, having some flexibility with dates and destinations will often bring down the cost. Traveling during “shoulder season,” in late August, September and October, can save travelers hundreds of dollars. Flying early in the week is also usually cheaper than flying on a weekend.

August is the cheapest month to travel this summer, according to an internal analysis of flight data by Seattle-based Expedia Group. Travelers can save about 10% on average for an August flight compared with flying in July, said Christie Hudson, a travel expert at Seattle-based Expedia. The same analysis showed that Tuesday flights this summer are consistently 15% cheaper than Friday flights.

Prices tend to spike around holiday weekends, like the Fourth of July and Labor Day. For instance, the Expedia analysis shows that airfares over Fourth of July weekend are 25% more expensive than the average for the rest of the summer. Hudson suggests using a fare calendar to look at prices on different days. The software uses data from thousands of previous flights to predict where prices will go and can tell you whether now is a good time to buy.

Even with this advice in mind, it’s not always possible to find an affordable option.

Booking flights far in advance sounds like a smart way to ensure the best price, but that might not be the case, Hudson said. Travelers who booked two weeks to a month in advance saved money, according to an Expedia analysis of summer airfares, but people who booked 60 to 90 days out actually paid more for their trips because prices fell.

“The data are showing that maybe waiting a little bit closer might not be a bad idea,” Hudson said. “But because air prices are so incredibly dynamic, you just have to realize that airlines really only drop their prices if they’re having trouble filling seats. And right now they’re not having that problem.”

Sheila Addison, a professor of marriage and family therapy at Antioch University Seattle, wanted to fly her mom, dad and uncle out from Indianapolis to see the new home that she and her partner purchased last year. She started looking for flights back in March. The only direct flight from Seattle-Tacoma International Airport to Indianapolis is on Alaska Airlines, and at the time, Seattle’s hometown airline was struggling with cancellations. Addison said she felt like she couldn’t put her aging family members on an unreliable flight. All the other flights, which had at least one stop, were too expensive or had ridiculous layovers, she said.

She explored alternatives, such as driving or taking Amtrak, but train tickets are nearly as expensive as airfares, plus those trips would take multiple travel days each way. As a professor, she only has time to travel during the two-week breaks between quarters. If she spends days driving or on a train, that’s less time with her family, and she doesn’t want her aging relatives to make a marathon road trip that will at some point take them through the Rocky Mountains.

“I don’t know when I’m going to get to see them,” Addison said. “I’ve never felt so frustrated in my life, and that includes back when I was in grad school and I literally had no money.”

Travelers wanting to vacation this summer who haven’t booked yet are entering “last-minute” territory, Hudson said. Flexibility with travel dates and destinations may help.

If you know you just need to get to a beach, for example, Hawaii wouldn’t be the best option since flights and hotels are incredibly expensive, and food on the island comes at a premium since most of it is imported from the mainland.

“Mexico and an all-inclusive might be a better option,” Hudson said. “You don’t have to really worry about grocery prices when you get there because everything’s built in already, so you’re able to budget ahead of time.”

Cruises are another lower-cost option for last-minute vacations. They’re “crazy affordable” this summer compared with other forms of travel, Hudson said, and many cruise lines have been upping their capacity and adding new sailings.

Earlier this year, major airlines like United predicted they’d turn a profit for the first time since the pandemic set in. In mid-June, share prices for all the major airlines dipped between 6% and 9%. Although consumers have been swallowing high fares up until this point, continued inflation and a looming recession could motivate some travelers to stay home and save up rather than cash in for big trips.

Parkins and her family will travel to Virginia in August for under $600, thanks to her advance planning. They used miles, Companion Passes and less-than-ideal layovers to avoid what would have amounted to more than $800 per ticket.

“I’m feeling incredibly blessed and just thankful I went with that gut instinct I had,” Parkins said. “I don’t know what the future holds, but I’m just really excited for this summer.” 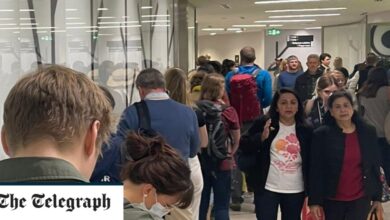 Made it through airport security? Now you’ll face an even longer queue for water

‘Even the car park is idyllic’: 10 of the best UK farm shops chosen by readers | Food and drink 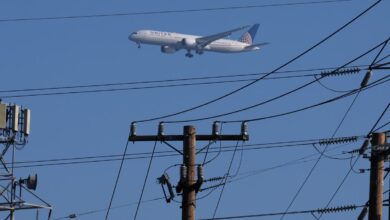