The State Security Agency (SSA) has distanced itself from an intelligence report that found a “high likelihood” that ANC MP Xiaomei Havard could be spying on South Africa for the Chinese Communist Party (CCP).

This week, News24 reported on a leaked intelligence report of the SSA’s counter-intelligence unit wherein concerns were flagged over Havard’s links to China and its impact on national security.

The report read: “It is, however, a concern that given China’s modus operandi, the possibility of Havard sharing classified information with the [Chinese] Ministry of State Security through its embassy and its networks of state and non-state actors cannot be ruled out. Despite Havard denying membership of the UFWD, there is a high likelihood that she had relations with the MSS to drive their interest as directed by China, which she is likely to maintain.”

The Deputy Minister in the Presidency responsible for State Security distanced the SSA from the report.

Zizi Kodwa said: “The agency has taken note and serious exception to the News24 exclusive article purporting that they are in possession of an SSA report alleging ‘a finding of high likelihood of ANC MP Xiaomei Havard to be spying for China’,  the agency disassociates itself from this malicious falsehood perpetuated through the media platform to advance the ulterior motives of discrediting and undermining the integrity of the agency.”

Kodwa said SSA was aware of an escalation of information peddling by unscrupulous members and external subversive forces “who are deliberately and intensely peddling false information through disinformation and misinformation to harm the integrity of the agency”.

“It is undoubtedly newsworthy when the country’s intelligence agency authors a report on the ‘high likelihood’ that a member of Parliament may be an intelligence asset of a foreign country. We verified the report before publication and have no doubt that the document was indeed a product of the State Security Agency’s (SSA) counterintelligence unit.

We confirmed this with sources directly involved in the process. It is curious that the SSA would want to disown the report now, after publication and after these allegations against Havard have been in the public domain for at least two months. We can only speculate about the reasons for Kodwa’s statement.

Kodwa described the report as an attack on Havard’s integrity and the malicious portrayal of the Chinese government as hostile to South Africa’s national security.

“Ms Havard, like any other South African, is entitled to the rights contained in our Bill of Rights as enshrined in the Constitution,” he said.

US to begin shipping Covid-19 doses to Kenya and Ghana

Hits or misses? Remembering the Sharks’ love affair with these 7 foreign flyhalves 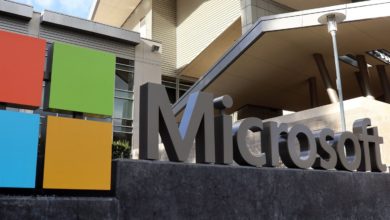 Hackers breach thousands of Microsoft customers around the world