The Proteas spinners toppled the Sri Lankan batting line-up, with South Africa requiring 204 runs to win the third and final ODI in Colombo on Tuesday.

After losing the toss and being sent to bowl first, South Africa got off to a stellar start as Maharaj – who opened the bowling – struck in his second over.

Maharaj hit opener Avishka Fernando (10) firmly on his pads, which was first given not out but was then successfully reviewed and overturned.

All-rounder George Linde joined in on the action as Dinesh Chandimal (9) attempted to sweep, but the ball instead struck his pads, which was once again reviewed by Maharaj and given out.

A 31-run wicket partnership soon developed between skipper Dhananjaya de Silva and Kamindu Mendis, but it didn’t last long as the Proteas continued to pick up wickets at regular intervals.

Linde (2/32 in 10) dived to the left off his own bowling to take a good catch and send Mendis (16) back to the Sri Lankan dressing room.

Maharaj then turned to part-time spinner Aiden Markram (1/41 in 10), who delivered by dismissing De Silva for 31 (44), thanks to a superb one-handed diving catch from wicketkeeper-batsman Heinrich Klaasen.

Sri Lanka was reeling at 93-3, but Charith Asalanka stood tall for the hosts once again as he top-scored with a well-played 47 off 71 balls.

Maharaj then produced a stunning spell as he sent skipper Dasun Shanaka (13) and Wanindu Hasaranga (6) off the field.

In the 35th over, a sloppy mistake from SA in the field cost them the early wicket of Asalanka on then-36.

Asalanka charged down the track to Linde and slogged it straight to Andile Phehlukwayo’s hands, but it was a no-ball, as there were more fielders outside the circle than allowed.

Chamika Karunaratne and Asalanka steadied the hosts scorecard with a 33-run partnership before Tabraiz Shamsi picked up his first by trapping Karunaratne lbw for 16.

Brilliant work behind the stumps from Klaasen saw the end of the dangerous Asalanka (47), who fell three runs short from his second consecutive half-century.

Off a full delivery by Shamsi (2/31 in 10), Asalanka stretched forward to defend and a slight edge trickled back to Klaasen, who also stumped him out for good measure.

Fast bowler Kagiso Rabada (0/46) only bowled eight overs, while all-rounders Wiaan Mulder (1/3) and Andile Phehlukwayo (0/10) each only bowled one over.

Mulder struck in his only over as Dushmantha Chameera struck a shot straight to deep midwicket after a handy contribution of 29 off 39 balls.

Maharaj was the pick of the Proteas bowlers as he ended with figures of three for 38 in his 10 overs.

The Proteas need 204 runs to win and clinch the three-match ODI series, which is tied at 1-1. 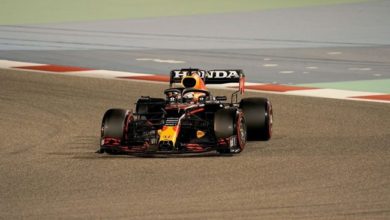 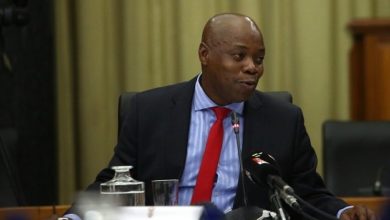