All is set for the unveiling of a special tombstone for the late legendary musician Tineyi Chikupo that is being done by Jenaguru Arts Centre in honour of his contribution to the music industry.

The tombstone unveiling ceremony will be done in Murehwa on 3 October, where Chikupo was buried at his rural home.

Jenaguru Arts Centre Project coordinator and musician Clive Malunga said in an interview that they wanted to show respect for late singers through erecting tombstones on their graves.

He said it had become a common to read stories about music legends who died as paupers and Jenaguru wanted to paint a different picture.

Malunga urged fellow musicians to work together and uplift each other for the betterment of the country.

“We want musicians to have a decent burial, so our aim is to bring dignity to the arts industry.

“For us to be recognised, we need to work together as a united front so that we earn respect, dignity and pride.

“We work with artistes from all walks of life and our mission is to have good relations with everyone we work with. We worked with the most of the late artistes and we will always honour them.”

It has been Jenaguru’s mission to assist fellow musicians over the past years.

Malunga said various organisations had since made donations to make the unveiling of Chikupo’s tombstone interesting and meaningful.

“Nyaradzo Group will be providing all necessary elements such as face masks, water and sanitisers to minimise the spread of Covid-19,” he said.

“The Culture Fund will be providing transport to Murehwa, while Nash Paints donated 50 litres of paint and other items for painting.”

Chikupo used music as a morale booster for the freedom fighters in the bush during the liberation struggle, while at the same helping shape what is known as sungura music today.

Although he specialised in singing the Jiti beat, Chikupo also employed a heavy sungura feel on some songs like ‘‘Mary’’, where he laid the foundation for the genre which is now the most popular in the country.

Songs like ‘‘Sirivhiya’’, ‘‘Ngoma Dzamatipa’’, and ‘‘Vana Venyu’’ stoked flames of the liberation struggle and the resistance to white minority rule across the country.

Later in the song, he makes his intentions clear when he sings: “Sirivhiya hande kuMozambichi” (Sirivhiya lets go to Mozambique), where liberation fighters established rear bases for launching attacks into the country.

It was a song thanking friendly countries that availed weapons to the liberation fighters, with drums representing the guns and their effectiveness.

“Vana Venyu” (Your children), is about the liberation fighters who were going to countries like China, Tanzania, Zambia and Russia for training.

He sings: “Vana venyu ndakavaona kuRussia” (I saw your children in Russia) and then repeats the same line substituting the name of the country.

He used to share the stage with other legends like Oliver Mtukudzi, Safirio Madzikatire, Zex Manatsa and Thomas Mapfumo.

It is thus befitting that Chikupo is now receiving the recognition he deserves, years after his death, thanks to Malunga’s vision.

Malunga worked with many musicians when he hosted Jenaguru Music Festival attended by a host of singers in an all-night  ceremony that used to light up Gwanzura Stadium. He has continued to groom talent and facilitated exchange programmes between Zimbabwe and Japan. 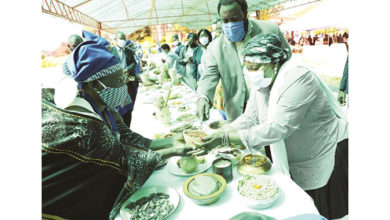 I don’t trust the Zim coach 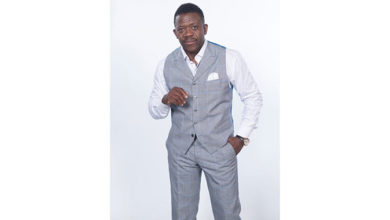