Sign up here for GlobalData’s free bi-weekly Covid-19 report on the latest information your industry needs to know.

Space Exploration Technologies (SpaceX) has received a contract from Firefly Aerospace to launch its Blue Ghost lunar lander in 2023.

The company has since been working to accelerate the Blue Ghost programme development.

The lander will carry ten payloads for Nasa’s CLPS task order 19D mission and other commercial payloads that have been contracted separately.

It will land at Mare Crisium in the lunar Crisium basin.

The first lander under CLPS programme is slated for launch in the fourth quarter of this year.

With this contract, SpaceX will now launch five of the six CLPS missions awarded by Nasa so far.

Last month, SpaceX secured a $2.89bn contract from Nasa to develop the first commercial human lander to carry two astronauts to the lunar surface as part of the Artemis programme.

Drinking Any Amount Of Alcohol Can Damage Your Brain, Claims Study 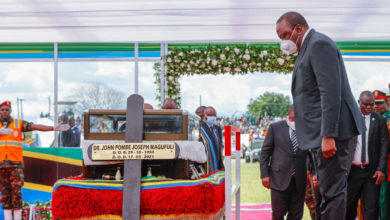 SADC leaders put on display of unity over Mozambique insurgency