Zimbabwe, Namibia and Botswana have launched a regional programme that seeks to reduce the prevalence of HIV among adolescents, girls and young women in three districts across the SADC countries.

The project, Combination Prevention for Adolescent Girls and Young Women and their male counterparts, is expected to build capacities for peer led interventions delivered through adolescent and youth friendly service provision.

It will be financed through funds sourced from SADC HIV & AIDS funds and will be implemented by the Botswana Family Welfare Association (BOFWA), Namibia Planned Parenthood Association (NAPPA) and Zimbabwe National Family Planning Council (ZNFPC).

Zimbabwe’s project has received funding to the tune of US$100 872.

Speaking during the virtual launch of the programme held concurrently in the three countries, ZNFPC executive director Dr Munyaradzi Murwira said the involvement of the youth in the project showed their commitment to achieving the project goals.

He urged community members to embrace the project as beneficiaries and take lead in all health-related programme activities to safeguard and guide adolescents and youths to make informed sexual and reproductive health choices.

ZNFPC director technical services Mr Peter Machimbirike said the three countries were closely linked due to their geographical locations that allowed for cross border movements hence the current programme sought to contain the spread of HIV among their populations.

“The districts in each country were chosen because of their high HIV prevalence rate. For Zimbabwe, Matabeleland South has the highest prevalence rate in the country and Beitbridge district will be the target mainly because of the socio-economic conditions that have seen an increase in the risk of HIV infection among the youths,” he said.

In Botswana, the project will be implemented in the Ngamiland district, Maun while in Namibia it will target Erongo region, Walvis Bay district.

Mr Machimbirike said a combination of activities would be implemented among them dissemination of HIV information through comprehensive sexuality education and parent child communication.

Ms Varaidzo Sosa, a peer educator said adolescents and young women were being affected and infected by HIV hence the programme would go a long way in addressing challenges that they face while mitigating a rise in new HIV cases.

The project will contribute toward the achievement of the 95-95-95 targets and will increase access to integrated HIV and Sexual Reproductive Health and Rights (SRHR) services.

The coming collapse of the developing world 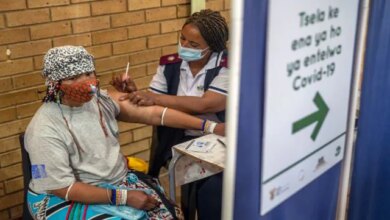 Past COVID-19 infection does not provide protection from Omicron, say South African scientists