Buoyed by the Rwandan military’s early successes in tackling the Mozambican Islamist insurgents, Southern African countries have started deploying forces to the troubled country to counter the terrorists.

Rwanda sent 1,000 troops early this month to fight the extremists in Mozambique’s Cabo Delgado region following months of haggling by Southern African Development Community (Sadc) leaders over the nature of the military intervention to end the bloody conflict that began in 2017.

Mozambique President Filipe Nyusi was forced to rope in Rwanda and the move is already paying off with reports of the contingent of soldiers and police officers from the East African country carrying successful operations against the extremists.

The SADC mission is supposed to last 90 days, but even member states agree it cannot be that definite.

President Mokgweetsi Masisi, who saw off the troops from his country at the Sir Seretse Kama International Airport, described the Mozambique excursion as a tricky mission.

“I am alive to the fact that you will be facing a deceptive enemy, which is likely to use asymmetric warfare, unconventional and underhand war tactics against yourself and the population you will be protecting,” President Masisi told the troops.

“As professionals, you stand for much more than they do, and you must avoid emulating them and sinking to their level.”

Zimbabwe on Thursday joined the fray, announcing that it was sending 304 military instructors to train Mozambican soldiers to fight the insurgents.

“While other countries have to deploy combat troops, Zimbabwe pledged to assist in the training of Mozambique armed forces to enhance their capability to combat terrorism,” Defence Oppah Muchinguri-Kashiri told journalists in Harare.

Ms Muchinguri-Kashiri said the soldiers will go to Mozambique once some agreements had been signed.

SADC, the 16-member regional bloc, agreed at an extra-ordinary summit in Maputo, Mozambique in June to deploy a force to help contain the Islamists.

“Sadc is confident in the capabilities and abilities of leaders appointed to lead the Sadc Mission to lead men and women in uniform to achieve the desired objectives of attaining peace and security in Cabo Delgado and create a peaceful environment for the people of Mozambique and the region,” Dr Tax said.

Analysts at the Institute of Security Studies in South Africa, however, believe it will take more than boots on the ground to end the Mozambique insurgency.

“Maputo needs to own and drive the response to the insurgency and the recovery of local and investor confidence,” said the analysts Jakkie Cilliers, Liesl Louw-Vaudran, Timothy Walker, Willlem Els and Martin Ewi.

“No amount of private security advice, support or foreign troops and equipment can compensate for political leadership and the establishment of trust between people, the government and regional actors,” they added.

“Initiatives to promote inter-community and inter-faith dialogue among the population will be needed.”

In April, after a deadly attack on the town of Palma, a Sadc technical team that included military and intelligence chiefs from South Africa, Angola, Botswana, Malawi, Tanzania and Zimbabwe recommended the deployment of 3,000 troops to Mozambique.

The Cabo Delgado insurgency has displaced over 800,000 people and is threatening billions of gas projects by multinationals in the region. Initially, President Nyusi was said to be reluctant to have foreign boots on the ground.

Cabo Delgado has been under siege since 2017 from the Ansar al-Sunna group, known locally as Al- Shabaab which is not linked to insurgents in Somalia going by the same name.

Zimbabwe's rural areas are being hit hard by Covid, and panic has set in

Africa suffers from the worst surge in Covid’s case 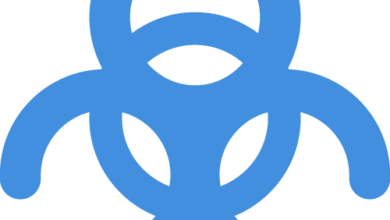