SADC member states are not going to stand aside and watch while terrorists and non-state actors threaten regional peace and security as well as the integrity and sovereignty of Mozambique where insurgents have been killing innocent people.

This emerged at a high level meeting between President Mnangagwa and his Botswana counterpart Mokgweetsi Masisi at the State House in Harare yesterday.

President Mnangagwa, is the outgoing chairperson of the SADC Organ of Politics, Defence and Security, while President Masisi is the current chairperson with South African President Cyril Ramaphosa being the incoming chairperson to form the powerful SADC Troika.

Addressing journalists after a closed door meeting with his Botswana counterpart, President Mnangagwa said issues to do with regional peace and security featured prominently in the discussions.

“My brother His Excellency President Masisi from the Republic of Botswana came to Zimbabwe on a working visit, we covered significant areas, one in direct cooperation between us, Zimbabwe and Botswana in the education sector. We are concerned by the colonial education which we now want to put behind us and have education that produces goods and services for our people, so we are sharing, between Zimbabwe and Botswana, how that can be achieved.

“Second area of concern, President Masisi, as the current chairperson of the SADC Troika was briefing me about the security situation in the region with particular emphasis on what is happening in Cabo Delgado (Mozambique),” said President Mnangagwa.

On his part, President Masisi who left soon after the meeting yesterday, said the tête-à-tête will result in action being taken in Mozambique where terrorists have killed hundreds of people in the region of Cabo Delgado.

Just last week, the Islamic terrorists with links to the ISIS left a trail of blood in the region’s town of Palma where they killed dozens of people including foreigners, drawing global condemnation.

“I speak on behalf of the Troika as chair, following our consultations, we are going to make that known. Right now we are going to finish that with President Ramaphosa but you won’t have to look for it when you see it,” said President Masisi.

President Masisi, who was also drumming up support for his country’s candidate Mr Elias Mpedi Magosi, in the race to become the next SADC executive secretary, said the two countries share the same vision on education and dismantling colonial systems.

“We exchanged views on matters to do with Covid-19, all under the ambit of regional cooperation and integration and reiterated yet again our solidarity towards one another as Presidents, as Governments, as people and commitment to enhance bilateral relations. That’s why we were touching on the education sub-sector today. Coincidentally and happily, we are both committed to yielding a knowledge-based economy in Zimbabwe and Botswana and we are committed to making sure that we both succeed.

“I return to Botswana a thoroughly happy man because President Mnangagwa has adopted one of our own in Botswana in the name of Mr Elias Mpendi who we have put forward for the position of the upcoming SADC Executive Secretary.”

Mr Magosi, who is also the current Secretary to the President and Cabinet and Head of Botswana Civil Service, will be slugging it out with Democratic Republic of Congo candidate Mr Faustin Luanga Mukela, the current Head of Asia and Pacific Regional Desk at the World Trade Organisation, for the SADC top post.

The SADC executive secretary post, that is currently being held by Dr Stergomena Lawrence Tax whose term of office ends in August this year, is responsible for strategic planning, facilitation, co-ordination and management of all SADC programmes. 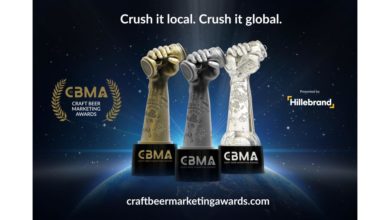 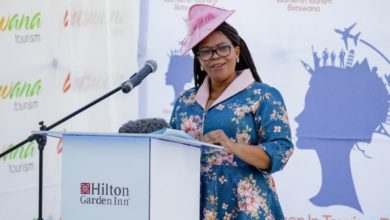