In a mountain meadow in northeastern Lesotho, a tiny kingdom encircled by South Africa, Matholang Hlaha sits on a veranda and displays a check for the equivalent of $1.60.

That’s what she says she got when the Lesotho Highlands Development Authority took away part of her yard in the village of Ha Ramonakalali. The state agency is laying down roads to build a dam and on June 4 said it had begun tunnel excavations, the latest step in a multibillion-dollar project to funnel water north to ward off a looming crisis in South Africa.

“You see this check? I will not cash it,” the slender 68-year-old, clad in a gray jersey and straw hat, said as she explained that the documents she received show she will receive no more money. “How would I get to town to cash it? I use public transport” that would cost almost four times more, she said.

Hlaha’s plight is echoed by residents of several villages close to the site of the planned Polihali Dam. Mapuso Lengoasa, 64, was paid 2,114 maloti ($123) for a field from which she used to earn 15,000 maloti a year by growing sorghum at the base of the Thaba-Sephara mountain. Another resident of Ha Ramonakalali, Maponts’o Keqe, 68, says she was paid 50 maloti for her plot.

Their stories speak to an underfunded compensation program that threatens to push thousands of people off their land in one of the world’s poorest nations. It’s also South Africa’s answer to dwindling water sources as climate change exacerbates drought in Africa’s most-industrialized economy.

Polihali, already five years behind schedule, is a crucial part of the 31 billion maloti second stage of a project that dates back to a treaty signed in 1986. The Lesotho Highlands Water Project helps supply about 20 million people in an area of South Africa that accounts for half of its gross domestic product and includes its biggest city, Johannesburg, its capital, Pretoria, plus key chemical and power plants.

South Africa’s Gauteng province is at risk of running short of water within a decade. The country’s second-biggest city, Cape Town, came within weeks of its taps running dry two years ago after the worst dry spell in more than a century.

“You cannot afford for a city like Johannesburg or Gauteng province to run out of water just because there is a drought,” said Mike Muller, a former director-general of South Africa’s Department of Water and Sanitation and an adviser to Lindiwe Sisulu, the country’s water minister. “South Africa and Lesotho decided that Polihali was the next best step — cheapest and best for the whole region.”

The project is also important for Lesotho, a country of about 2 million people that relies on wool, mohair and customs income for much of its revenue. Royalties paid for the transport of the water account for about 2.6% of GDP, according to the government.

But, there is a human cost.

Amnesty International says almost 8,000 people are at risk of losing their homes or livelihoods as preparations for the construction of the Polihali Dam begins.

South Africa “also has an obligation to ensure that the project complies with human rights,” Deprose Muchena, Amnesty’s director for East and Southern Africa, said in a report earlier this year.

South Africa’s Department of Water and Sanitation didn’t respond to a request for comment.

LHDA Chief Executive Officer Tente Tente said while 2,300 households will be affected, only several hundred families will be physically relocated. The agency denied that it’s paying inadequate compensation, saying the main dispute was about whether villagers will be paid a lump sum or annual compensation for decades.

“In the last one-and-a-half years, LHDA has been consulting intensively with households that will be relocated on the selection and layout of relocation sites and the design of the replacement housing,” he said.

The villagers tell a different story.

“What LHDA is doing to us is so painful because this money is so little that it does not help us in any way,” said Leeto Polihali, a member of the Polihali Community Liaison Committee, in an interview from the northern Lesotho district of Mokhotlong. “Everybody knows our concerns.”

The push for farmworkers to get COVID vaccinations in the U.S. - CGTN America 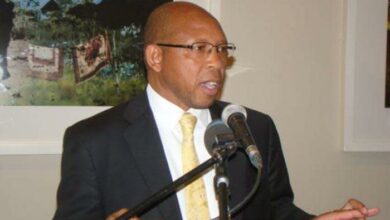 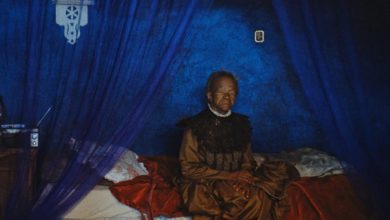 This award-winning Lesotho film also has social justice at heart 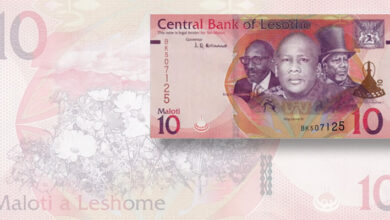