The latest article in our series on income investing in Africa considers the case for South African government bonds.

Previously we have considered Grit Real Estate, Anglo American, Mondi and Aspen. The articles are not presented as investment advice and readers should take professional advice and/or do their own research.

What will it take to end South Africa’s love affair with equities?

A switch by South African institutions into bonds would provide support for international investors who face negative bond yields in their domestic markets and who need to find new homes for their money.

Current yields indicate that the market is already pricing South Africa as sub-investment grade, argues Grace Debeila, co-portfolio manager at Mergence Investment Managers in Cape Town. That suggests that the loss of the last remaining investment-grade rating with Moody’s would “confirm their perception rather than change their outlook of sovereign risk in a meaningful way,” she says.

The importance of a downgrade would lie in the exclusion of South Africa’s debt from global indices that track investment grade securities. This could briefly cause a spike upward in yields, but it would also attract buyers of sub-investment grade debt, Debeila says.

Many foreign investors have already bailed out: overseas ownership of South African government debt slumped to 37% at the end of August.

Yet as dire as South Africa’s financial situation is, the country is not yet at the point where an IMF bailout is required, Debeila argues.

Crucially, Debeila says, South Africa’s issuance of hard currency debt is a relatively small proportion of overall debt – 10% at the last budget presentation in February. Keeping it low will help to avoid the need for a bailout, she says.

The country also has the advantage of time.

We believe that Africa is poorly represented, and badly under-estimated. Beyond the vast opportunity manifest in African markets, we highlight people who make a difference; leaders turning the tide, youth driving change, and an indefatigable business community. That is what we believe will change the continent, and that is what we report on. With hard-hitting investigations, innovative analysis and deep dives into countries and sectors, The Africa Report delivers the insight you need. 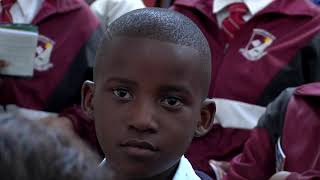 Corruption in SA: The politics, the law and all the shenanigans in between 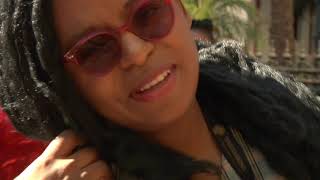 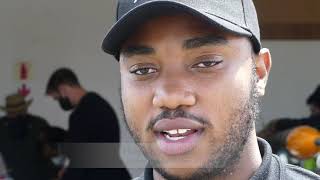 The DSI And UKZN Rocket launch in Anirston Western Cape