Higher Education and Training minister Blade Nzimande says that his department has entered into a partnership with the German government which will see South Africa adopt a ‘modern, high quality and agile skills development system’ for skills training.

Presenting his department’s budget vote this week, Nzimande said that initiative will help South Africa build a system aligned with its needs in the 21st century.

“Underpinning such skills development will be an apprenticeship based TVET college system similar to the dual system in Germany,” he said.

“This project will see more of our youth absorbed into workplaces, while getting the requisite technical skills, in a meaningful partnership between the PSET system and industry.”

Nzimande said that the department has also developed a new skills strategy to support government’s efforts to mitigate the impact of Covid -19 and the initiatives towards economic and social recovery.

“In this we are guided by the list of scarce skills and those in demand which I released last year,” he said.

He added that the skills strategy will create a balance between the short- and long-term skills needs of the country and ensure that the skills system is strengthened with its implementation.

“This strategy will target groups that are seeking employment; those who are employed and require upskilling/reskilling programmes and those who will be selecting careers in occupations where there are skills shortages.”

How the German system works

According to international German broadcaster Deutsche Welle (DW), a number of other countries are also looking at copying the country’s dual education system where more than half of German students enter dual vocational and educational training programs (VET) as a route into employment.

Students have the option to choose from 326 professional trades that include diamond cutters, aircraft mechanics and even chimney sweeps.

Apprenticeships are standardised across the country — every product designer must study the same textbooks and be familiar with the same design tools — so employment prospects do not vary greatly by college or company. Most join their training company after three years of low-paid work and study.

“The basic idea is duality,” said Ralf Hermann, head of the German Office for International Cooperation in Vocational Education and Training (GOVET). “That means integrating school-based learning with work-based practice.”

“Part of the economic stability in Germany is due to the core elements of the VET, in that we produce a workforce that is ready for the labour markets,” he said. 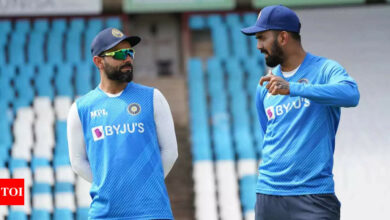