President Cyril Ramaphosa will deliver this year’s State of the Nation Address (SONA) under a significantly altered global and domestic environment.

This environment is a result of the COVID-19 pandemic that continues to sweep through the world, claiming lives and livelihoods in its wake.

The new normal which all of us have had to adapt to, includes social distancing, the continuous washing of hands and the compulsory wearing of masks when going out into public spaces.

This new way of life has also necessitated that the annual SONA be held virtually. The President will present the pared down address that will not include signature traditions such as the 21-gun salute and the ceremonial guard.

While there will be no red carpet at this year’s joint sitting of the National Assembly and the National Council of Provinces, President Ramaphosa will still share with citizens, government’s service delivery plans while also highlighting areas of focus for government.

The past year has been a difficult one for many countries, South Africa included, as world leaders scrambled to strike a balance between saving lives and livelihoods as the virus spread across the world.

As President Ramaphosa fine-tunes his speech ahead of the address on Thursday night, which will be delivered under the current COVID-19 regulations, SAnews took a look at some of the accomplishments government has made over the past year, under difficult circumstances.

While it is common knowledge that the South African economy has been battling weak economic growth even prior to the country reporting its first COVID-19 case on 5 March 2020, South Africa got to work and implemented several measures aimed at saving lives and jobs.

Having imposed a national lockdown in March, government announced a massive social relief and economic support package of R500 billion which amounts to around 10% of Gross Domestic Product (GDP) to mitigate against the blow of COVID-19.

Just over R300 billion was for interventions related to tax relief for businesses hit by the pandemic. The remainder was to act as a safety net for social relief.

The TERS was introduced by government to provide economic relief to the vulnerable and assist employers to protect jobs while the Social Relief of Distress grant was set up for unemployed individuals who do not receive any other form of social grant or Unemployment Insurance Fund payment.

By December, R13.5 billion had been disbursed through the special COVID-19 Social Relief of Distress (SRD) grant to more than six million eligible beneficiaries.

Government also announced that an additional amount of R2 billion would be made available to assist small, micro and medium enterprises (SMMEs) and spaza shop owners and other small businesses.

While the country continues to wage war against fraud and corruption, the Special Investigating Unit (SIU) recently announced that 6 140 government officials face criminal liability after investigations found that they had dipped into the TERS to the tune of R41 million.

To this effect, government has opened 75 criminal cases that are currently under investigation.

The office of the Auditor-General has previously found that among those who benefited from the scheme were people beyond the legal age of employment, or were deceased, working in government, receiving social grants or students funded by the National Student Financial Aid Scheme.

The President has described the SIU report into procurement during the Coronavirus state of disaster as a disturbing read, while assuring South Africans that the net is closing in on those involved in corrupt acts.

Despite the documented challenges, millions of households have been shielded by these government interventions which included the extension of the SRD grant to the end of January 2021. The grant was meant to end in October 2020.

Growing the economy and attracting investment

In jump-starting the economy amid the pandemic, government further announced a commitment of R100 billion to support and create over 800 000 employment opportunities over the next three years.

This will be done through the Reconstruction and Recovery Plan aimed at steering the country back to desirable growth levels in the aftermath of the Coronavirus pandemic.

In addition, over 60 000 jobs will be created for labour-intensive maintenance and construction of municipal infrastructure and rural roads.

While the country continues to battle the pandemic, it has not taken the focus off attracting investment.

Earlier this month, government welcomed car maker Ford’s investment into the South African economy. The investment at the manufacturer’s Silverton plant will pump R1.3 billion in wages and salaries annually into the Tshwane economy when completed.

The R16 billion in investment would cover expansion of the Ford assembly plant in phases to reach a capacity to assemble 200 000 vehicles locally, principally centred on the new Ford Ranger bakkie.

An anticipated 1 200 jobs would be created in the Ford plant with thousands of additional jobs at suppliers to the company.

This brings hope to a country facing a myriad of challenges.

Meanwhile, the President’s drive to attract R1.2 trillion worth of investment, has not slowed down since he announced it in 2018. This investment drive aims to stimulate sustainable, equitable and inclusive growth as the foundation for socio-economic transformation.

Having secured these pledges, South Africa has now reached 64% of the R1.2 trillion target.

Meanwhile, the Coega Development Corporation (CDC) — developer and operator of the Coega Special Economic Zone (SEZ) — located in the Eastern Cape, has signed four new investors that are estimated to be valued in excess of R49 million.

The investors are expected to create about 100 new jobs.

This is as the United Nations Conference on Trade and Development (UNCTAD) Investment Trends Monitor published last month revealed that global foreign direct investment collapsed in 2020, falling 42% from $1.5 trillion in 2019 to an estimated $859 billion.

Despite this, South Africa is making headway.

Meanwhile, South Africa alongside other countries on the continent is making progress in obtaining COVID-19 vaccines for its population.

The country recently handed over its chairship of the African Union (AU) to the Democratic Republic of Congo (DRC), having played a role in helping to secure vaccines for the continent.

In January, the African Vaccine Acquisition Task Team (AVATT) confirmed the acquisition of a provisional 270 million vaccine doses for African countries, with at least 50 million being available for the crucial period of April to June 2021.

The 10-member AVATT, was established by then AU Chair, President Ramaphosa in August with the aim to ensure that the continent is able to secure sufficient vaccine doses to achieve herd immunity.

The vaccines will be supplied by Pfizer, AstraZeneca (through an independent licensee, Serum Institute of India) and Johnson & Johnson.

These complement the COVAX facility, a World Health Organisation and Gavi Vaccine Alliance initiative to help low- and middle-income countries secure access to vaccines on a fair and equitable basis.

On home soil, South Africa took delivery of its first batch of one million Oxford-AstraZeneca vaccine doses out of the 1.5 million procured from the Serum Institute of India (SII).

To date, the rollout of the Oxford-AstraZeneca vaccine has been temporarily suspended after new studies showed that it is less effective against the mutated SARS-CoV-2 501Y.V2 variant, which is common in South Africa.

According to research, the vaccine showed “tremendous potential” before the new variant began spreading.

However, it is not all doom and gloom as vaccines made by Pfizer and Moderna seem to do “reasonably well” against the 501Y.V2 variant, even with their neutralising activity diminished.

In addition, the country is expecting Johnson & Johnson and the Pfizer vaccines in the next coming weeks, which will be made available to healthcare workers.

Government has also outlined how South Africans will be inoculated. The plan is divided into three phases with the first phase targeting healthcare workers. The second phase targets frontline workers and those living with comorbidities and the aged. Other adults would receive their jabs in the third phase.

The SONA will take the form of a hybrid joint sitting, with at least no more than 50 Members of Parliament, representatives from the Judiciary and the Executive in the physical chamber and the rest of this category connecting virtually.

South Africans are encouraged to turn on their television and radio sets to listen to the President’s address at 7pm. Proceedings will also be live streamed on social media platforms, Parliamentary television and Parliament’s YouTube channels. – SAnews.gov.za

FirstRand had an 'above-expectation' rebound, but customers are still struggling 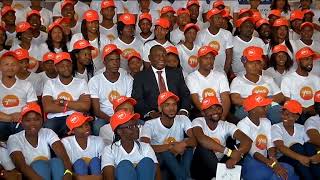 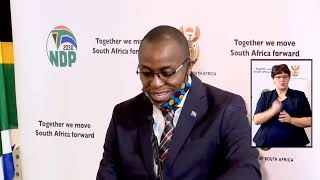 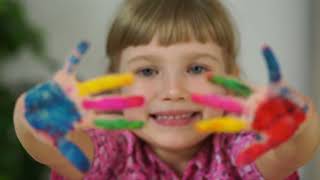 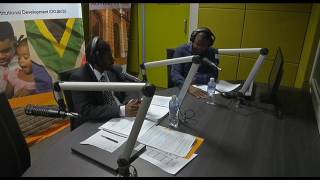