EFF chief whip Floyd Shivambu launched an unsubstantiated attack on Parliament’s legal services, claiming they have been “infiltrated” to influence the outcome of the process to amend Section 25 of the Constitution.

Who these infiltrators are, Shivambu did not say.

The ad hoc committee amending Section 25 met on Friday to continue its deliberations on the amendment.

Committee chairperson Mathole Motshekga said at their meeting last week, they agreed they should deal with Section 25 as a whole, not only the subsections amended in the draft bill.

“This holistic approach meant that we should deal with this section clause by clause. We started the process but did not conclude it,” he added.

At the time, the DA objected to it, saying it was not within the committee’s mandate.

“Questions were raised whether our holistic approach didn’t exceed our mandate. We’ve requested a legal opinion to address these concerns,” Motshekga said.

He added the committee would continue with the clause-by-clause approach and then turn to legal opinion to determine whether it had exceeded its mandate.

“But we cannot delay our work because of a legal opinion, which may be open to different interpretations.”

The DA MPs on the committee objected.

OPINION | 10 reasons why the Expropriation Bill is potentially unconstitutional

Shivambu said he had not seen the legal opinion.

“If it is from Parliament, I’m very, very suspicious of that. Whatever I can say is not casting aspersions. There has been an infiltration of the legal office of Parliament to want to hijack and distort this process.

“And that is why you see the coincidence of white political parties that are saying we must listen to what the Parliament legal office is saying. It’s not independent of the class and national character and influences, this thing that we are busy with here.

“I can tell you now, that the guidance of this committee, even with the draft bill, has been a deliberate attempt to misguide us, to mislead us, to misdirect us from dealing with the substantial issues which are the foundations of this deliberations.

“We must not be distracted by infiltrations that are being planted in the administration of Parliament. That is problematic. But there is a resolution now that we are going to discuss sub-section by sub-section. We are going to present in Parliament; if Parliament thinks there is something wrong about it, Parliament will resolve in that way,” he added.

FF Plus chief whip Corné Mulder said the problem was that people who have not read the legal opinion were unprepared.

“I think Mr Shivambu should state and prove his allegation.”

Mulder said the legal opinion also drew on the views of the National Assembly (NA) table staff – the officials who advise the presiding officers on procedural matters.

“Is it also the opinion of Mr Shivambu that the NA table staff has been infiltrated? With all due respect chair, we cannot sit here week after week listening how all kinds of allegations are made against legal services and just ignore it. Mr Shivambu is a Member of Parliament.

READ HERE | Retribution or a political ploy? South Africans’ arguments for and against land expropriation

Shivambu, without being recognised by Motshekga, said: “I will substantiate it, I will write to all the relevant bodies to illustrate that we have been infiltrated by politicians who act like they are advisors of Parliament.”

After the committee continued its deliberations, Motshekga said they should not deal with the legal opinion as originally planned “because there are serious allegations against the parliamentary legal services”.

“Those allegations are not shared by all of us, and we don’t have any substantial basis advanced to back those allegations and want an opportunity to seek advice from the chair of chairs, honourable Cedric Frolick, on how we deal with that matter,” he added.

“I think I have a duty to defend the integrity of the parliamentary legal staff. If they are attacked, we can’t turn a blind eye. We have to find out what is the basis of the attack.”

Motshekga said he had worked with them for a long time, and he did not have any basis for suspecting they were dishonest or lacked integrity.

ALSO READ | How the ANC dropped the ball on land

During the committee’s continued deliberations, Shivambu vociferously defended his party’s position that the state should be the custodian of all land.

He said this would not mean that people would lose their houses.

This position did not receive much support from the other parties.

Shivambu added there was a “huge distinction” between nationalisation and custodianship, which he would explain thoroughly later, as he was struggling with connectivity on Friday.

Motshekga asked the political parties to continue with bilateral discussions among themselves to find common ground and straighten out some conceptual differences, for instance, the difference between nationalisation and state custodianship.

He added he would also ask Frolick to allow the committee to meet more than once a week to complete its work.

Restrictions Won’t Be Lifted ‘At The Moment’ 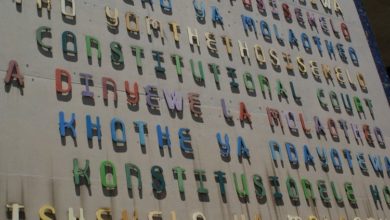 ‘I believe I can make a contribution to the Court as a woman judge,’ says ConCourt candidate 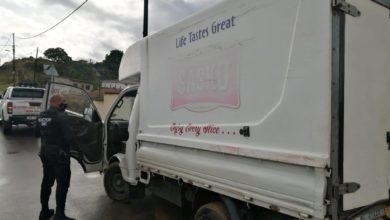 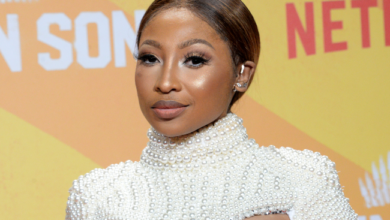 Enhle speaks out – ‘I am no longer fearful’