Sharon Osbourne’s distinctive voice will no longer be heard on The Talk.

Amid controversy and recriminations over misconduct and claims of offensive language by Osbourne on the show to co-hosts past and present, the sharp-tongued former America’s Got Talent judge is leaving the CBS daytimer.

Having completed a probe into the heated March 10 discussion about race on The Talk, which triggered the controversy, CBS just put out a statement saying that Osbourne made the decision to depart the show. The network also said The Talk, which was put on hiatus on March 12 in the immediate aftermath of Osbourne’s on-air outburst, will be back on April 12.

Here is the statement in full:

The events of the March 10 broadcast were upsetting to everyone involved, including the audience watching at home. As part of our review, we concluded that Sharon’s behavior toward her co-hosts during the March 10 episode did not align with our values for a respectful workplace. We also did not find any evidence that CBS executives orchestrated the discussion or blindsided any of the hosts.

At the same time, we acknowledge the Network and Studio teams, as well as the showrunners, are accountable for what happened during that broadcast as it was clear the co-hosts were not properly prepared by the staff for a complex and sensitive discussion involving race.

During this week’s hiatus, we are coordinating workshops, listening sessions and training about equity, inclusion and cultural awareness for the hosts, producers and crew. Going forward, we are identifying plans to enhance the producing staff and producing procedures to better serve the hosts, the production and, ultimately, our viewers.

After 11 seasons, Osbourne was the last original Talk co-host to remain on the series. The Talk premiered in 2010 with the famed rock manager, King of Queens star Leah Remini, Julie Chen, Sara Gilbert, Marissa Jaret Winokur and Holly Robinson Peete.

Clearly looking to be an topical arsonist of sorts, now ex-Good Morning Britain co-host Morgan vehemently exclaimed on UK TV just days before The Talk showdown that he did not believe comments by Meghan Markle to Oprah in their blockbuster interview that first aired on CBS on March 7.

Recalling the beginnings of her and Prince Harry’s departure from Royal life, the Suits alum and Duchess of Sussex told the Queen of talk in the sit-down that members of the Royal family and household were made racist statement and disregarded her mental health issues.  On The Talk, Underwood told Osbourne “while you are standing by your friend, it appears that you are giving validation or safe haven to something that he has uttered that is racist.” The remarks caused an explosive reaction from Osbourne, both in front of and later behind the camera.

As the CAA repped Osbourne incredulously both tweeted an apology of sorts and complained that she had been blindsided by producers and CBS executives in the exchange, the blast radius of the situation grew. In a story posted on March 16, Osbourne was alleged to have used racial epithets and sexual slurs towards former co-hosts and Talk EPs Chen and Gilbert respectively. Former Talk co-host Remini claimed in an interview with journalist Yashar Ali that Osbourne had sounded off with the loaded insults to her back in 2010 in reference to Asian-American Chen and openly gay Gilbert.

Later on March 16, CBS responded by extending the sudden hiatus of The Talk until March 22 as a March 12 announced internal probe continued looking into what went down in recent days and years ago. “Sharon is disappointed but unfazed and hardly surprised by the lies, the recasting of history, and the bitterness coming out at this moment,” said Osbourne’s publicist in a statement that same day. Sources close to the daytimer tell Deadline that the subsequent media blitz Osbourne went on, including an interview with Entertainment Tonight really “burned a lot of bridges.”

As talks about the lawyer-up Osbourne and The Talk continued, CBS put the show on March 19 on an even extended hiatus through at least another week with March 29 or 30 penciled in.

Now it’l be mid-next month after the already pre-scheduled hiatus for the week of April 5.

To add flame to the fire, back on March 12 initial Talk co-host Peete took Osbourne to task for allegedly calling her “too ghetto” for the show and working to get her axed in 2011. Throwing personal correspondence with the ex-21 Jump Street star up on social media in reaction, Osbourne also claimed she had no power to get anyone fired from The Talk and that she never used terms like “too ghetto” in reference to Peete. That latter declaration was weakened when a clip from Season 1 of The Talk surfaced of Osbourne using that very term on-air in reference to Remini.

Handling the solo career of her husband Ozzy Osbourne for decades as well as management for the likes of the legendary Motörhead, Sharon Osbourne became famous in her own right with the debut of The Osbournes reality series on MTV in 2002. She went on to front her own short lived syndicated talk show in 2003 and as a judge on the UK’s The X Factor, as well as appearing as a contestant on the Donald Trump-hosted Celebrity Apprentice on NBC in 2010.

In that context, as they say on The Talk, “let’s talk soon.” 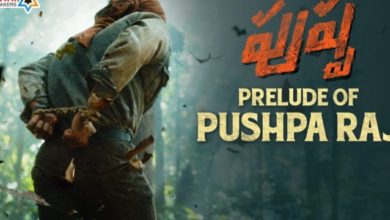 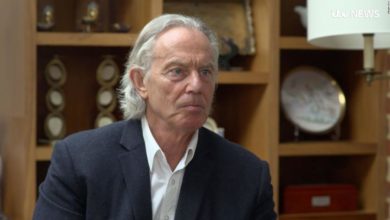 Tony Blair has a mullet now, and it’s disturbing Britain