The Lions needed a last-minute penalty from Tiaan Swanepoel to get past the Sharks 43-40 in an entertaining game at Ellis Park.

The game was tied at 40-40, but Sharks captain Lukhanyo Am was pinged for offside and Swanepoel knocked over the late three-pointer.

The result didn’t do the Sharks justice. They staged an impressive second half fightback to get on even terms.

The Sharks trailed 26-14 at the break, but an impressive second half showing from their young forwards, especially hooker Dylan Richardson and Ntuthuko Mchunu, saved them a share of the spoils.

They scored a brace of tries that kept the Lions, who dominated large swathes of game, within reach at most times.

The Lions were first on the board through wing Ngia Selengbe, who somehow crashed over from a rolling maul.

The Sharks though were quick with the response, with a rapid wide movement that contained some magic from Rynhardt Jonker saw Aphelele Fassi crossing over for the try.

At 7-5 in the 10th minute, that would be the last time the Sharks would be in the lead in the first half as a long range try from fullback Swanepoel in the 14th minute gave the Lions breathing space.

The try, that started on the Lions’ 5m line, had its origins in a Mzamo Majola knock-on. The Lions quickly shovelled the ball through the hands and Swanepoel had the freedom of the tryline.

12-7 became 19-7 when loose-forward Vincent Tshituka was in the receiving end of some smart interplay and scored under the poles in the 20th minute.

The Sharks pulled a try back in the 24th minute when Werner Kok was favoured by the bounce of a Boeta Chamberlain cross-kick.

The lead should have been taken in the 32nd minute, but eighthman Sikhumbuzo Notshe, who was having a good game, knocked on with the try-line in front of him.

They paid for that mistake six minutes later when Courtnall Skosan collected Elton Jantjies’s long pass and sauntered over the line.

The Sharks forwards weren’t in the game much because of the lack of kicking, but they came into their own in the second half.

Their first second half riposte was through replacement hooker Richardson in the 46th minute, who crashed over from close range from a rolling maul.

The sequence of rolling mauls were so severe, they cost the Lions a man through Carlu Sadie, who was sin-binned.

Richardson then went from hero to zero in the 51st minute when his overthrow at a lineout was snaffled by his Sharks counterpart Jan-Henning Campher, who scored.

Richardson though made up for his blooper four minutes later when he again crashed over from a rolling maul, even though his try needed to be checked upstairs.

Curwin Bosch, who was decent tried an ambitious crosskick from his tryline, but that was gathered and scored by Wandisile Simelane in the 66th minute.

The Sharks went back to their forwards and replacement prop Mchunu landed a brace of tries that helped the Sharks draw level.

Simelane should have crossed for his second and match-wining try but slipped while cramping. The Lions continued to apply enough pressure to get the match-sealing penalty. 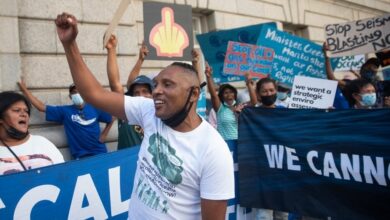 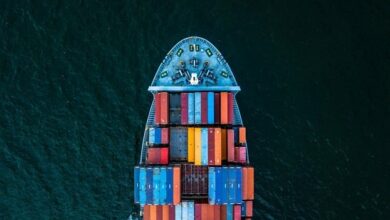 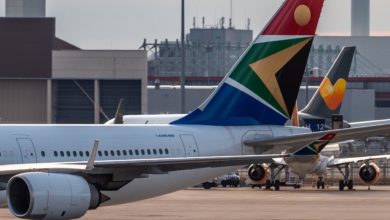 Rolls-Royce added to list of lessors SAA must pay 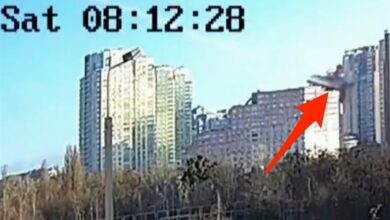 Video shows the moment a missile strikes an apartment building in Kyiv, Ukraine