A BRAWL over a farm manager’s daughter-in-law allegedly led to the murder of the South African manager of British billionaire Harvey Boulter’s farm in the Kunene region.

The police in the Kunene region arrested Boulter (51) at his farm Kaross after he allegedly shot and killed Gerhardus van Wyk (54) near Kamanjab two weeks ago.

Kunene regional crime investigations coordinator deputy commissioner Rudolf Kanyetu yesterday said the shooting took place on 27 February during a quarrel between Boulter and Van Wyk, who was said to be in the process of attaining Namibian citizenship.

Van Wyk was shot in the abdomen and was rushed to hospital, Kanyetu said.

“The victim died on his way to the Outjo State Hospital,” he said.

Kanyetu said the billionaire appeared in the Outjo Magistrate’s Court on Monday last week, where the case was postponed to 23 April.

He said Boulter remains in custody at the Outjo Police Station.

It is also allleged that Boulter has a gunshot wound to his left hand.

Although the Namibian Police say it is not clear what triggered the shooting, British newspaper Daily Mail yesterday reported that Boulter and Van Wyk had an argument at a braai.

Boulter allegedly threatened Van Wyk with his pistol during the argument, suggesting Van Wyk’s daughter-in-law owed him sex in exchange for a favour.

According to Daily Mail, Van Wyk tried to wrestle the pistol out of Boulter’s hands, but was hit by a single shot.

The argument is said to have erupted while Boulter and Van Wyk were discussing a plan for Van Wyk’s son, Gerhard Jr, and his wife, Liani, to build their own house on the billionaire’s land.

Boulter allegedly said Liani would have to have sex with him “every other night” to repay the favour.

“Gerhard Jr objected to that, they began to argue, Boulter pulled out his weapon and then, when his father came to try and get the gun off him, they wrestled and it went off,” a source reportedly told The Times, another UK publication.

Another British newspaper quoted detective chief inspector Paavo Iyambo as saying: “Boulter apparently insulted Van Wyk’s daughter-in-law, became aggressive and threatened the family with a pistol. Van Wyk tried to keep the peace, intervened and tried to take the pistol away from Boulter.”

The family’s lawyer, Jan Wessels, reportedly told the publication Gerhard Jr was also in the car as the family rushed Van Wyk to the Outjo State Hospital.

Boulter’s company, Porton Group, is a venture-capital group based at the Cayman Islands, with offices in Dubai. The company specialises in the commercialisation of military technology.

It has invested in the development of electronic privacy applications, including See crypt – a mobile app that encrypts voice calls from smartphones.

According to Wikipedia, Boulter in 2013 claimed that See crypt is a military encryption technology used by governments and security services in several countries, and that it was impossible for all but the most advanced government agencies to break its encryption.

Boulter also claimed that since the company was based at the Cayman Islands, Western security services had no legal right to access any data encrypted by the application.

See crypt is derived from Cellcrypt, Porton Group’s military-grade encryption application, which has been certified by GCHQ – a British intelligence and security organisation responsible for providing signal intelligence and information assurance to the British government, which the company claims is widely deployed by the British military in Afghanistan and by law-enforcement and intelligence agencies abroad.

How to recreate airline meals 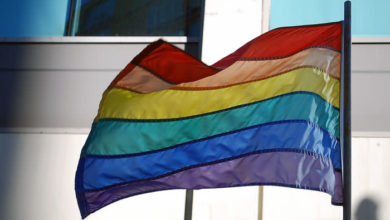 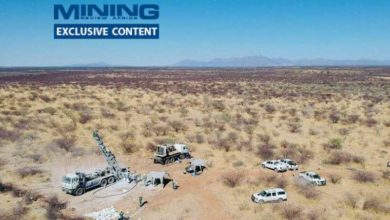